Many of us would have things at home that we no longer need and want to get rid off. Craiglist is still the most popular channel to sell or buy these goods. However, Craiglist has not changed much since its launch and its interface is hardly suited for smartphone users. Enter OfferUp – a firm that has become the “Craiglist” of the smartphone generation.

OfferUp is a mobile app that allows users to (1) sell and (2) discover used goods using their smartphones. Users can post a “listing” by taking a few pictures of the object and setting an asking price. The listing then gets exposed to millions of OfferUp users.

OfferUp was launched in 2011 and is headquartered in Seattle. It is the latest “Unicorn” and recently raised ~$120Mn at a $1.2Bn valuation.

What value does OfferUp creates?

Used goods marketplace is not a “glamorous” space. Used goods are not even accounted in a country’s GDP. However, the size of the used goods market in US is $300Bn (without including used automobile sales) [1]. According to Warburg Pincus’s MD Justin Sadrian:

For sellers, used goods marketplace creates value in 2 ways. Firstly, it frees up space in their homes. This is important in cities with high property prices and small houses (like in SF or NYC). Secondly, it provides them with cash, which they can use for upgrading to newer items. For buyers, it creates value by providing them with affordable access to things that they need. It creates value for the environment also by reducing the number of objects that are sent to the landfill or are thrown away.

The image below shows how various firms are competing to capture the value that a used goods marketplace can create [2]: 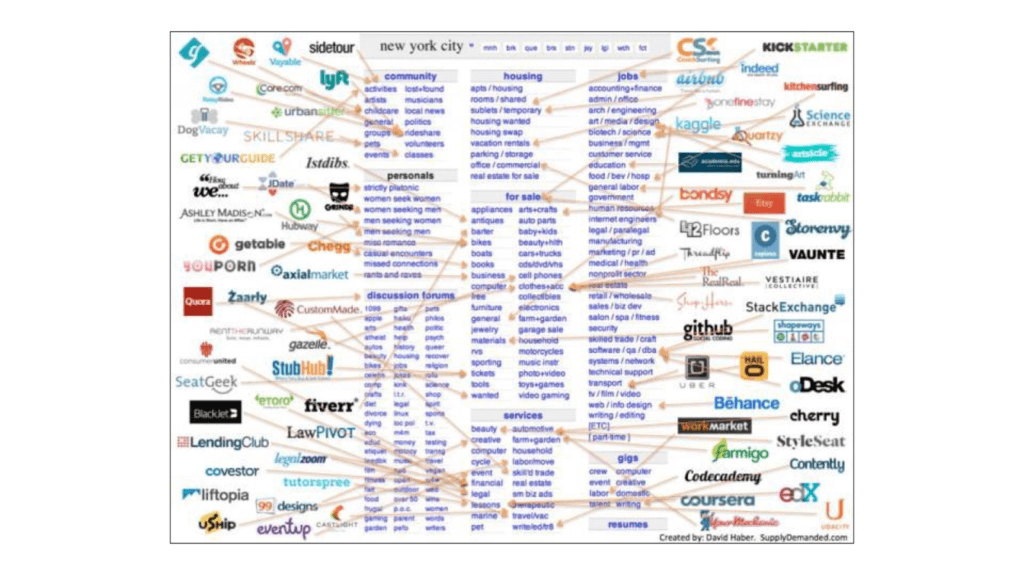 How is OfferUp capturing this value?

OfferUp is the largest mobile first player in the used goods space. Let us look at its business model that allowed it to achieve a position where it is well poised to capture this value.

OfferUp has 3 clear advantages over competitors like Craiglist. First, its interface is mobile first. Users generally take pictures of objects they want to sell on their phones. OfferUp removes friction from the process as the user doesn’t have to transfer the pictures to his laptop first. Second, it has an integrated messaging feature that allows users to complete the negotiation process within the app. Third, it has very strong background verification process which allows transactions to happen in a safe environment.

Marketplaces display strong network effects and need to be “dense” to succeed (i.e. should have many listings and an optimal ratio of sellers and buyers). OfferUp has achieved a strong position for 2 reasons. First, it has achieved massive scale – 29Mn installations in US [3]. Second, it has a very engaged community that spends a lot of time on the app. An average user spends 25 mins on the app daily – engagement level that rivals social platforms like Snapchat, Instagram [4]. More users spending more time translate into more listings and a higher probability for people buying the objects posted. 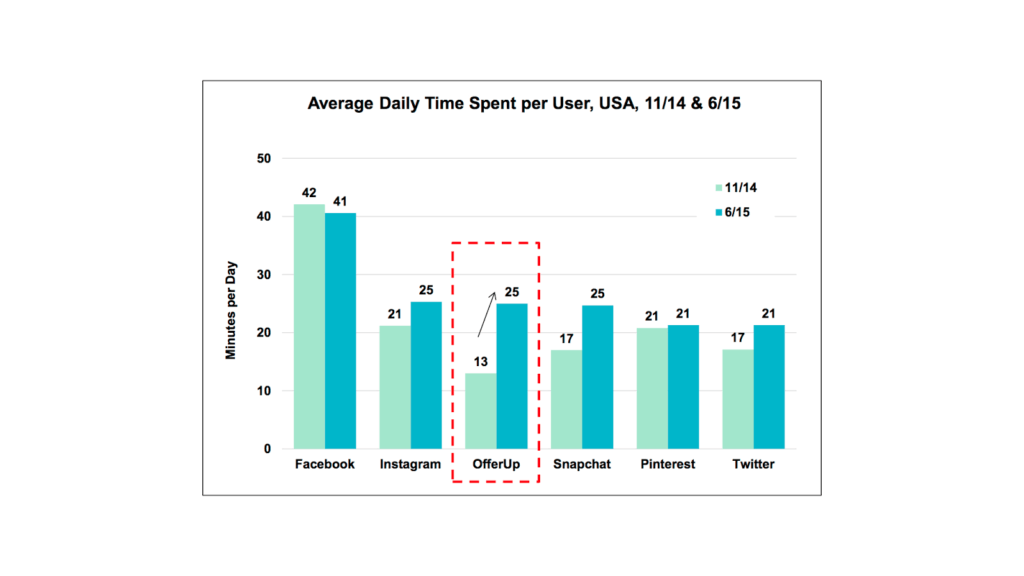 OfferUp employed innovative marketing techniques to rapidly gain scale. It provided a budget to celebrity blog writers to try the platform and write an authentic review on their blogs. This has allowed the firm to reach the same scale as eBay in half the time [5]. The company is also obsessed with employee talent and is selective in hiring. At the end of 2016, the firm had only 100 employees – a very small base for a fast-growing startup of their scale [6]. 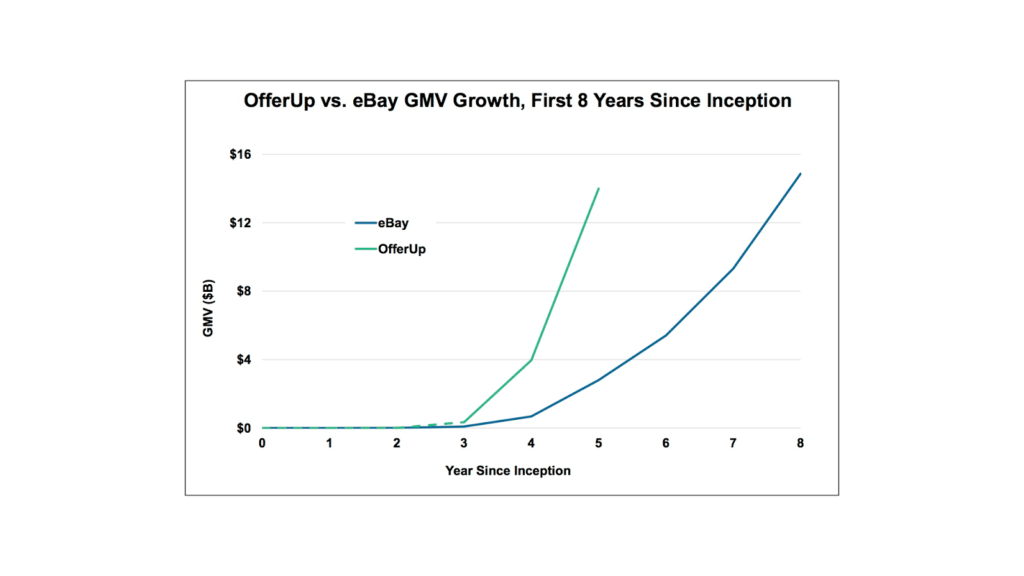 OfferUp does not monetize its platform currently. It processed ~$14Bn worth of transactions in 2016 [7]. This would go up as it continues its expansion across US and international markets. In the future, it can probably move to a commission based model. Assuming a 5% commission on every transaction implies a revenue potential of $700Mn (actual revenue is expected to be lower as the volume will go down when OfferUp will start charging its users).

The competition in the used goods marketplace is heating up. Competitors like Letgo and Carousell recently raised $175Mn and $35Mn respectively [8][9]. It would be interesting to see how this space evolves and whether OfferUp continues being a winner in the future.

Student comments on OfferUp: The used goods marketplace of the future