It can be hard to remember, in a world where it now feels normal to see our sleep, hear rate and activity data from yesterday laid neatly out in an app interface, that the idea of having sensors in our shoes to measure and record the pace and distance of a run seemed like something out of a sci-fi movie. It was, in fact, only just over 10 years ago that Nike launched the Nike+iPod Sports Kit, the less-evolved ancestor of today’s burgeoning connected sport and fitness tracker population. 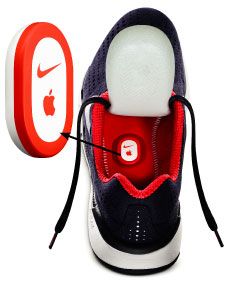 Pre-2006, Nike was already a household name in sport shoes, apparel and accessories. The corporation was able to leverage its loyal user base and reputation for high-quality running shoes (offering a range of products to suit the needs of different runners) to become a pioneer in the connected sport space. The original Nike+ sensor was compatible with certain models of Nike running shoes, and could be embedded in the shoe below the insole. The sensor could then communicate with either a Nike Sport Band or select Apple products (certain models of iPod and iPhone). Nike was able to use the partnership with Apple to deliver a high-quality app without having in-house experience with app development, and start the trend of allowing runners to measure, record and analyze data on a smart connected device. Advances in accelerometer technology allowed Nike to eventually replace use of the sensor with an iPhone, and Nike launched its own Running App in 2010. In 2012, the Fuel band was launched, a primitive version of activity tracker bands that we are used to today. Today the Fuel has been discontinued, but the partnership with Apple continues, the most recent product of which is the Apple Watch Nike+.

The connected sports products leveraged the momentum of the cult-culture of avid runners to gain initial traction, and the fad has gradually spread since. Runners are able to track their running routes and performance metrics, which are all available for recall and analysis in the app. By partnering with Apple, Nike has been able to remain a player in the space despite a lack of competitive advantage in mainstream wearables. The analytics apps have evolved in to social platforms in which peers can see each others’ performance…. But we have to ask – So What?

Creating and Capturing Value from Data:

Besides the obvious advantages of having built a successful platform for users to increase engagement with the Nike brand, the company is able to continually draw on running data from its use base of 7 million runners to make data-driven decisions for design and strategy. A notable example of this was an early insight from the GPS-enabled tracker that runners spent more time, on average, running on trails rather than roads, leading to an expansion of the trail-running line. The early success of the platform has allowed the company to enjoy a secure market share and continual supply of running data that represents a competitive advantage over other sports apparel manufacturers, that are unable to access data from third-party fitness tracker companies.

On the flip side, Nike extended its collection of data to understand the life cycle of the materials they purchase from third-party suppliers, creating a database that designers could use to make smarter design choices. Nike then proceeded to share this database with competitors, allowing them to also populate the database with their own information, and drive the creation of an industry-wide Vendor Index, allowing all players in the space to demand higher quality from their suppliers.

The value created by Nike’s use of data cannot be directly represented as a single line in an income statement. There are direct revenues from paid features of Nike apps (now extended to include general fitness apps), but the use of data has arguably been a competitive advantage in both design and strategy. The Vendor Index may not have provided Nike with an advantage over its competitors, but it does create greater assurances of consistent quality, in avoidance of reputation damage from sub-par products.

The launch of Nike+ represents a shift away from their core competency of sports apparel. The company was forced to acquire capabilities in analytics software, app development, high-tech hardware development and a shift in strategic thinking. Despite the complexity that this shift introduced in to the organization, Nike’s strategic choice to partner with Apple has allowed it to avoid many of the characteristic failures of such a transition. Nike was able to leverage Apple’s capabilities to avoid entering spaces such as smart connected devices, in which it would be unlikely to be able to compete effectively. 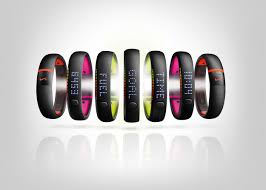 The main failure along the way was the Nike Fuel band, which performed poorly in the market and was discontinued just a few years later. This failure highlights the main risk to Nike’s model, which is that Nike’s success is dependent on the continued partnership with Apple. Nike was unable to extend its gamified platform to wearable fitness trackers, and was driven out of the market by players like FitBit.

Nike+ has avoided some of the common pitfalls of companies that have attempted, and failed to create data-driven business models. They were able to provide a compelling use case for users to generate data on their platform, and were able to use the generated data to add value to their existing businesses. Their early entry in to the space has created a sticky platform, in a space in which it is difficult for companies to generate novel, useful data streams. They are also able to capture value, albeit indirectly, through the use of data in the sport shoe business.

Facebook: Social Media and the Rise in Public Suicide