Netflix is on-demand video streaming platform, that connects video content providers and final consumers, most of whom are either “cord-cutters” or “cord-nevers”. As of 2017 Netflix was valued at $60 billion, reported $11.7 billion in revenues, had 117.6 million streaming members worldwide and boasted 50 billion hours of content watched. In 2013 it started developing its own original content and in 2018 claimed to spend $8 billion on original content production, aiming at around 700 original TV shows.

Just like social networks of the world, Netflix doesn’t exist in the world of “winner takes it all”, but rather in a highly-competitive environment with high indirect networks effects (the more viewers it has, the better chance it has to get best content and talents and vice versa) and multi-homing (streaming services are hugely dependent on the top shows and cannot prevent consumer from switching to other platform once the top show is over).

Value caption: Netflix is one of a few digital platforms that doesn’t have advertising. Instead, it offers a tiered monthly fee ranging between $7.99 and $13.99 depending on the number of devices and video quality chosen. Such set up depends largely on growing client base as fast as possible, which Netflix has been doing successfully over the years both in U.S. and internationally. 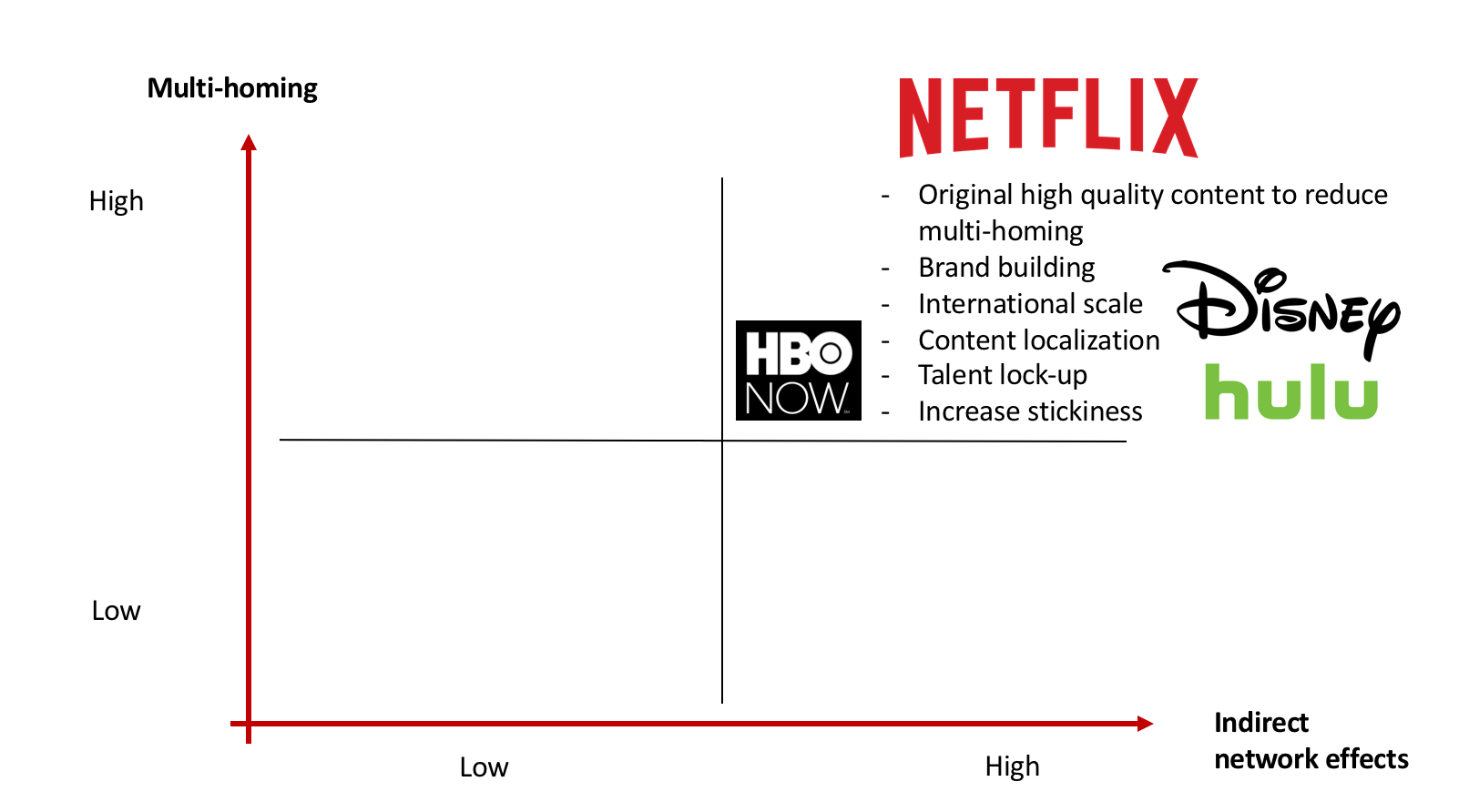 There are several ways Netflix can reinforce its stronghold:

ClassPass: Navigating the Challenges of Building a Sustainable Marketplace Model

Student comments on Netflix: the rise of a new online streaming platform universe