Musical.ly is a video social media platform for video creation, sharing, discovering and live broadcasting. Through the app, users can create 15-second to 1-minute videos and choose sound tracks to accompany them, use different speed options (time-lapse, fast, normal, slow motion, and epic) and add pre-set filters and effects. Every day, millions of people use musical.ly as an outlet to express themselves through singing, dancing, comedy and lip-syncing. Calling themselves as “musers”, 200 million registered users can browse numerous trending contents, songs, sounds and hashtags created by other popular “musers”, and also share their daily life. 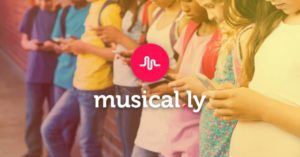 Musical.ly creates value from building up a social platform for the younger generation to show the “real me” inside themselves, and also from the huge amounts of user generated contents incentivized and reinforced by the platform. It is allowing a younger generation to generate content in ways that they would not be able to produce as easily on their own. It is democratizing content creation for young people by giving them the resources to make fun and entertaining content. The way Musical.ly incentivize participation and manage the crowd can be divided into 2 phases. In the first phase, when Musical.ly first started to build its social community, it attracted users by creating and promoting certain KOLs who are funny, creative but absolute grassroots, e.g. Baby Ariel (13.6mn followers) and Jacob Sartorius (11mn followers). “It’s like creating a country.” Said by Musical.ly’s founder, Jun Zhu, “At first you have to centralize your resources and invest in a group of certain users. As long as other people in other countries see these users are doing a great job here in your country, they will naturally move to your country.” By using “Feature” design in Musical.ly’s home page, every user could see the trendiest content in the platform, and easily follow it by creating similar-style contents and using “Tag” function. After Musical.ly successfully built up an active social community, here comes the second phase when Muscial.ly decides to deprioritize the quality of the contents. “If a social platform emphasizes too much on high-quality contents, there will be an ultimate question that the users who are able to generate high-quality contents are always the minority.” Said by Jun Zhu. Musical.ly’s next step is to strengthen the recognition and branding of the platform and incentivize more ordinary users to generate contents – Musical.ly will gradually decrease its involvements in constantly promoting more high-quality KOLs, instead it will focus more on promoting the ordinary stories happening in ordinary people’s lives, and thus incentivize the participation of more users. 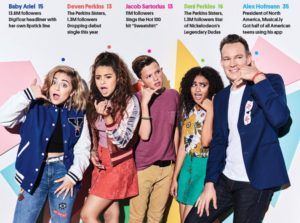