The Minerva Schools at KGI is a new college which delivers a liberal arts education through a radically different operating model than the traditional university. Founded in 2012 and launched in 2014, Minerva was established to provide an extraordinary liberal arts and sciences education to top students around the world at a cost less than half that of an Ivy league education.

The cost of college tuition has seen staggering growth over the last 30 years. Some of the latest annual numbers suggest that tuition, room and board are estimated at around $13,500 for public universities, $37,800 at private non-profit universities and the $23,300 at private for-profit institutions, and those numbers are increasing year after year. Tuition at selective private colleges and universities has consistently risen annually by two to three percentage points more than inflation. (1)  Drivers of this increase are many: Public universities have sustained deep funding cuts as recessions have forced decreases in state budget, shifting the cost burden to students. Moreover, both public and private universities face significant pressure to compete for students and faculty and maintain their rankings; this pressure leads to costly investments in new buildings, state-of-the-art technology and research facilities, and grounds maintenance for expansive campuses.

Many would argue that despite the rising costs of higher education, universities have few metrics beyond graduation rates to track student or “customer success” or actual learning outcomes.

Minerva: Aiming to create unmatched value at a lower cost

Minerva creates value by delivering an ultra high-touch liberal arts education to top students at a cost that is dramatically lower than other elite colleges. Minerva’s proprietary software platform is at the core of learning delivery: All classroom learning takes place digitally through its Active Learning Forum, with video-based seminars that provide direct interaction with a professor and fewer than 20 students, individualized instruction and frequent feedback (all delivered online for easy access later), and access to the online classroom from anywhere in the world. Minerva, like HBS, focuses on active learning – classes are devoted to discussing and debating topics learned from assignments completed prior to class time. Minerva’s curriculum and pedagogical approach are based on the belief that active participation and quick, applied thinking foster the most effective learning, not the passive absorption of facts as in a lecture hall. 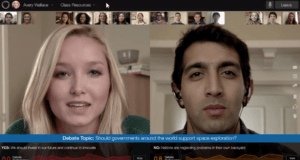 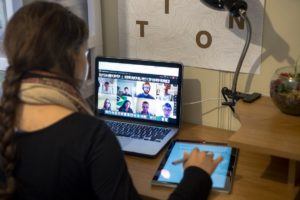 Minerva has invested in virtually no campus infrastructure: students take courses online and live in residential student communities with their classmates which are deeply immersed in their local city. Students have the chance to live in multiple cities around the world throughout their studies, and the experiences students gain through interacting with the cultural and social infrastructure in global cities is a critical part of Minerva’s value. Moreover, this model dramatically reduces Minerva’s operating costs: it doesn’t need to invest in the extensive facilities and amenities found on most university campuses.

Minerva captures value through student tuition and fees for the residential experience. Because it does not maintain major physical infrastructure and thus has low capital costs, tuition is about a quarter that of other top universities. Housing, services, and other fees are comparable with those at most every public and private institution in the country. Admissions at Minerva is need-blind, and the organization aims to offer financial aid to allow all qualifying students to attend.

Minerva is “for-profit” – a model which is highly controversial in the higher education space. Time will tell if the model creates controversy for Minerva; I believe that it will not be an issue if the school is able to deliver an exceptional education at a low cost.

Early success / Looking to the future

Minerva admitted its founding class in 2014, so it will take another year to track student outcomes through the full Minerva experience. The school has been successful in attracting a very large and diverse group of applicants: In 2015, Minerva admitted 220 students out of 11,000 applicants – a 2% acceptance rate. In 2016, only 1.9% of 16,000 applicants have been admitted.

Although Minerva aims to be elite (which, by definition, implies staying relatively small and highly selective), it has the potential to be a major digital disruptor in the higher ed space. Can Minerva’s emphasis on minimal infrastructure serve as a model? Can its unique, digitally enabled approach to teaching and learning move universities away from lecture halls?

Can Adidas win Back North America?