At the end of 2016, more than 6 million virtual reality headsets were in the hands of eager early adopters and tech-savvy consumers.[1] The 2016 Virtual Reality Industry Report predicts that another 35 million headsets will ship between 2017 and 2020.[2] Despite significant interest – and a healthy dose of hype – around augmented and virtual reality hardware and software, experts have yet to come to a consensus on when VR will truly go mainstream.

When the industry finally does reach its consumer tipping point, MindMaze – a multisensory computing platform based in both Switzerland and San Francisco – plans to power all VR experiences. MindMaze Founder and CEO Tej Tadi compares his company to the “Intel Inside model”, noting that he “[wants] all VR to be powered by [MindMaze]. It won’t matter if you have a Magic Leap or another device. Whatever it is, they will want to use our chipset.”[3]

So, how does MindMaze create value?

MindMaze originally spun out of the Swiss Federal Institute of Technology. Over the last two years, the company raised $108.5 million at a >$1 billion pre-money valuation to build what it calls a “neural virtual reality platform.” The technology uses inputs from motion sensory activities, neuroscience, haptics, artificial intelligence, and computer vision to create more realistic human-machine interfaces that can be applied across a number of verticals.

MindMaze is dedicated to developing products that help speed overall AR/VR adoption – and is branching out beyond traditional gaming and entertainment use cases to provide solutions in fields like healthcare and education. MindMotion Pro, MindMaze’s very first technological breakthrough, is now engaged in a clinical trial to examine the efficacy of using its VR-based tools to speed rehabilitation for chronic stroke survivors and amputee patients.[4] [5] 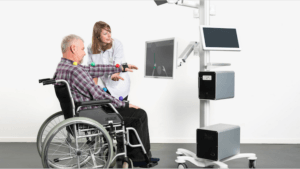 How can MindMaze capture value?

By licensing its platform for B2B and B2C applications, MindMaze is already beginning to capture value from partners in the VR ecosystem.[6]

Earlier this month, MindMaze announced that it is now able to more accurately map human expression onto the face of an online avatar. This technology enabled MindMaze to develop a foam insert dubbed “MASK” that works with any VR headset from the Oculus Rift to the Google Daydream. The MASK insert features sensors that pick up subtle movements – like a smile or a furrowed brow – along with electrical impulses, interpreting those signals to create “immersive emotion” in gameplay.[7] If you gasp in real life, your avatar should, too. 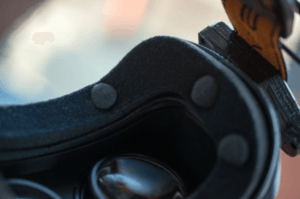 MASK does not just match emotions in real-time, though; its system actually predicts the expression you will make, which the company asserts is both “responsive and convincing.”[8] This feature can be integrated into any kind of VR device, regardless of whether it is powered by a personal computer or even a smartphone. The technology is now being licensed to VR developers. 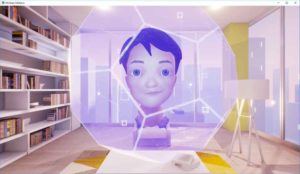 As Oculus, AltspaceVR, vTime, and others continue to focus on making virtual reality more social, Tadi predicts that, “adding emotion to VR experiences will catalyze the sector.”[9]

Moving the Needle on MindMaze

One way that MindMaze can grow its business is by continuing to extend licensing opportunities for partners to leverage its cutting-edge technology in their own VR systems. A more scalable way for MindMaze to reach the long tail of potential partners is through the creation of a software development kit (SDK). An SDK would allow developers to fully integrate MindMaze’s proprietary, “medical-grade” technology inside their own systems to allow for more realistic and integrated gameplay and experiences.[10]

DIGIT has shown us the influence that platform companies like Google, Facebook, and Amazon wield over direct competitors and industry complementors, thanks to strong network effects and high switching costs. Platforms are powerful. The winner of VR is unlikely to be the highest quality / lowest cost headset manufacturer or even the most creative developer of engaging media; instead, the platform that is first to reach and leverage a substantial user base – and power its partners’ VR experiences – is the one that will emerge victorious.

Student comments on MindMaze: The Platform That Will Power Every VR Experience