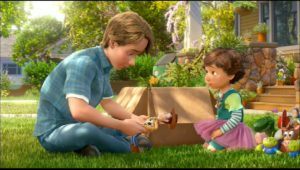 If you learned the noise cows make from Fisher Price’s “The Farmer Says” wheel or ever had the misfortune of accidentally stepping on a Hot Wheel car, you’ve got Mattel to thank for that. For generations, Mattel’s products have been fixtures of our most formative years and have fueled imaginations while also serving an important didactic function. Such staying power, though certainly desirable, can also make a Company complacent, and slow to adapt to the latest innovative trends.

By the early 2000s, Mattel was the largest toy manufacturer in the world. It achieved this through a mix of a large manufacturing scale to drive down unit costs, a healthy marketing budget and partnerships with major retailers to distribute its products (close to 40% of the company’s sales are to the Brick and Mortar retailers Walmart, Toys R’ US and Target) (2). However, within the last few years, Mattel was overtaken by its more agile and digitally adept competitors – Lego and Hasbro – which have done a better job of responding to structural changes in the children’s toys market, including:

For failing to respond adequately to these changes, Mattel’s performance has suffered on an absolute and relative basis. In its last reported FY (2016), sales and operating income were $5.5bn and $519mm, which represent 15% and 49% declines from 2012 figures. During that same period, Lego’s and Hasbro’s sales grew by 62% and 23% respectively. The markets haven’t been kind to Mattel either. After reaching a high of $46.17 in September 2013, its stock was trading below $16 as of January 31, 2018.

In early 2017, Mattel hired a former Google Executive, Margo Georgiadis, as new CEO to usher in a digitally focused strategy. Part of the strategy calls for the introduction of interactive toys, games and live content for the company’s core brands, efforts which the Company has already launched with preliminary success. Georgiadis’ success in marrying Mattel’s analog past with a digital future will determine what role if any the company will have in the next generation’s world of play.

WeChat: A winner in China but a loser abroad

In a Digital World, PTC is a real winner.

Student comments on Mattel: Toy manufacturers need to grow up