The digitization of government services is as inevitable as the iPhone 8. The Obama administration took serious strides 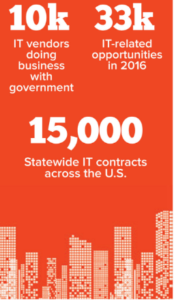 to bring the US government into the 21st century with varying degrees of success: from establishing the U.S. Digital Service (success) to Healthcare.gov (failure). As recently as yesterday, the ACLU announced that it is joining the next class of Y Combinator. But government tech has been greeted with varying levels of enthusiasm: while some investors see a opportunities with a large TAM – a combined $100B spent on IT by US state and federal government in 2016 – and low-hanging fruit, others worry about the drawbacks of selling to the public sector, most notably the lack of potential profit.

Enter Mark43: developer of SaaS platform Cobalt that powers law enforcement offices around the country, enabling them to share and store information seamlessly. “The technology enables detectives to review traffic diagrams, as well as collaborate, attach uploaded files, and control access to cases.” Juxtaposed with the image of police officers sifting through physical folders of information, Mark43 saves time, energy and efficiency by maintaining a streamlined, digitized law enforcement database for a profession that depends on moving swiftly. The product is mobile, so officers have the information they need at their fingertips.

Why Mark43 will win:

Mark43 began solving this problem in early 2013, and signed the Massachusetts State Police Special Projects team as its first client before the founders graduated from college. By helping law enforcement offices transition away from on-premise software and hardware solutions, Mark43 identified a gap in the market before traditional suppliers of law enforcement technology. By moving away from incremental innovation and instead re-thinking the system, they were able to deploy software to replace activities that used to require separate hardware (ex. Traffic diagrams) 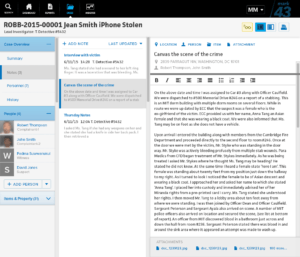 Mark43 generates revenue similar to a typical SaaS company: by charging companies an annual fee for their proprietary Cobalt software. The revenue is predictable and often sold in multi-year packages. Furthermore, they are able to capture value from the fact that the client base is extremely stable; law enforcement agencies, unlike SMBs, will be in existence year after year.

In addition, given the interconnectedness of policing and law enforcement, once one agency begins to use the platform it becomes advantageous for others to use it as well.  If a police department in one town uses Mark43 and has to work with another town that does not, working across systems can be challenging. Because the service benefits from network effects, they have a built-in marketing system whereby police officers encourage other departments to use the services as well.

The value added by a service like Mark43 is tremendous. They claim to have saved over 230,000 hours of inefficiency back to police officers who used to need that time to do administrative work. Instead, those police officers can be back in the field enforcing the law.

In addition to having a sticky business model, the nature of the product itself poses extremely high barriers to entry for future entrants. In order for a police force to onboard onto the Cobalt SaaS platfom, they must upload and digitize vast amounts of data and information from their legacy system. This is a process that will likely only happen once, and as soon as the service starts using one platform to generate and store new data, it’s difficult to convince a police force to take the time and effort to do it again. 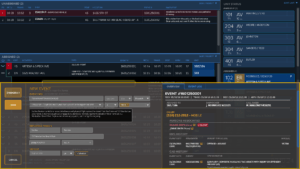 Mark43 is purely a software play, meaning that law enforcement agencies can use legacy or existing hardware if necessary. Assuming security is not a factor, police can use existing devices and personal devices, meaning purchasing Cobalt does not require a simultaneous capital expenditure of hardware equipment. The sales pitch, therefore, is much more palatable than for existing competitors selling their hardware and software combinations.

In addition to aiding police officers with administrative and day-to-day tasks, the data that Mark43 is able to store and surface can be a huge benefit to police departments. It’s been used to help solve crimes, keep police forces organized and overlay third party information (like social media) onto persons of interest. As the records accumulate, it will be easier for law enforcement officials to use this information to keep everyone safe.