Online dating apps, such as Hinge, OkCupid, and Bumble, act as a two-sided marketplace, where potential partners can “match” with each other. Their definition of success, however, has always relied on users being able to connect in the “real world” and eventually move off-app. So when COVID-19 hit and isolation orders were instated around the world, in person dates quickly became impossible. But while the pandemic has had a major impact on dating apps’ value chain, these companies have been able to leverage their digital capabilities to remain competitive in this new normal by offering new features and growing their customer funnel.

If we think about the old value chain of dating apps, they started with generating users (having people join the app), pre-validation via in-app chatting, and then final validation via in-person dates. What COVID-19 has done is broken this final step in the value chain. The traditional definition of success, getting users to form relationships and delete their apps, has become impossible. Interestingly though, the pandemic has added to the first part of the value chain – generating users. Stay-at-home orders have led to a lot of people (and a lot of singles who tend to live alone) feeling isolated, anxious, lonely and bored. Now more than ever are people craving social connection, romantic and platonic. Thus, the incentives to join the platforms has actually increased and put more users in the customer funnel. 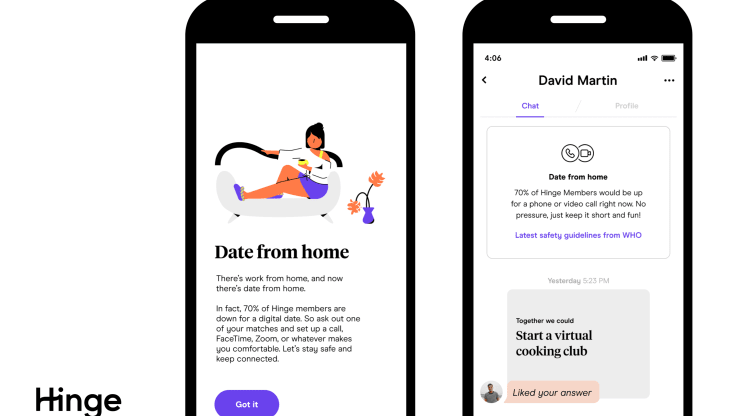 How have these apps adapted? First, they’ve added new features. According to Fast Company, “the world’s biggest dating brands have reprioritized their road maps to bring format to the forefront and have rolled out new in-app video calling features.” Video chat wasn’t a priority before the pandemic, when only 6% of users expressed interest in the feature. Due to the lack of other options, that interest has spiked to 69%. Dating apps have also rolled out “virtual happy hours” as well as offering “online date” suggestions and hotlines to dating experts. Hinge has pushed out a new feature called “Date from Home” and many dating apps have removed “location locks” allowing users to connect with anyone anywhere in the world. And it’s not just for dating – as these apps recognize the need for social connection, some are pivoting to offering platonic friendship building; Tinder, a notorious “hook-up” app, is offering their “Passport” feature for free allowing users to find friends across the globe. 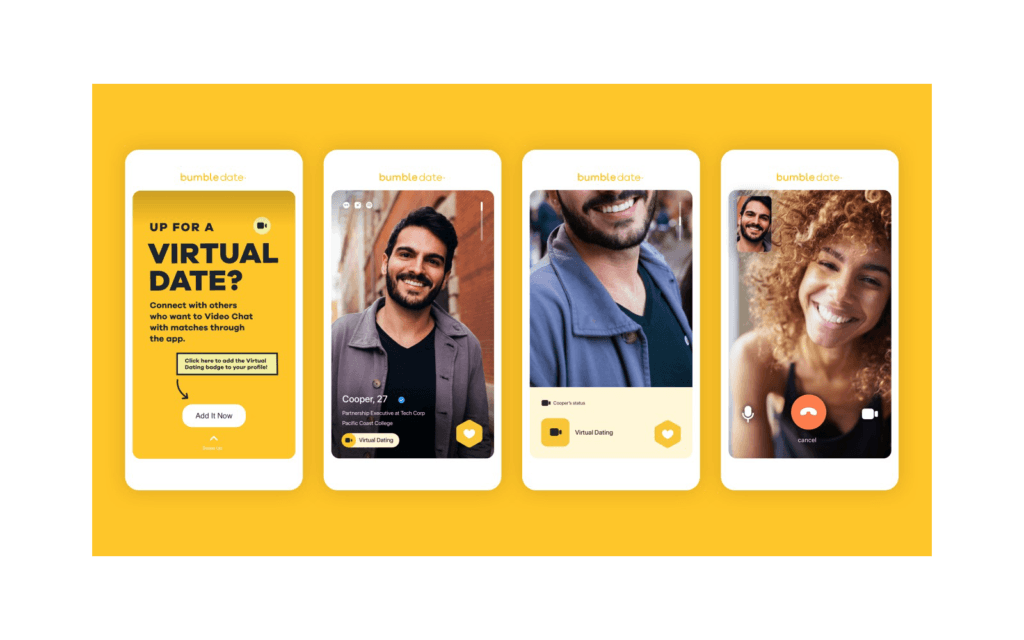 Dating apps were well positioned to respond to the pandemic so quickly. These companies utilized digital business models from the start, being “tech companies first” from the beginning. With fleets of software engineers behind the scenes, these companies are well known for being nimble enough to roll out new features as they please. Also, with competition so fierce, these companies are used to competing for users with innovative content and offers – since dating apps rely heavily on network effects, being able to attract the most users and keep them on the platform was always a top priority. It’s also worth noting that COVID-19 didn’t significantly disrupt their product when compared to other products and industries. In fact, dating apps’ supply (people desiring to connect with other people) AND demand have both increased. Perhaps the biggest disruption in terms of their supply/demand has been user’s willingness to pay – many individuals have found themselves strapped for cash during these times, so subscribing to premium versions of apps is not an option for many. It seems like dating apps aren’t too concerned with this at the moment; they have begun offering premium features for free and appear to be more focused on capturing the increase in supply & demand (again.. investing in those important network effects). 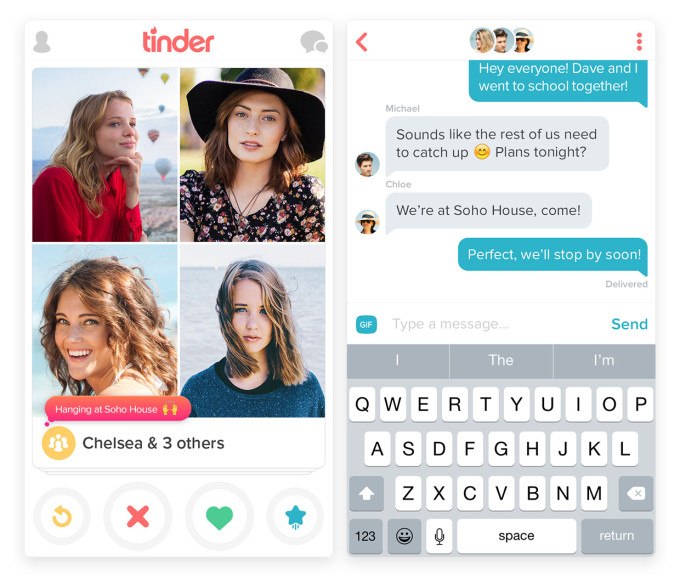 The pivots and innovations dating apps have made during COVID-19 will likely serve them in the long run. For many years, users were averse to video chatting as a way of dating. These companies see this as a time to “encourage and normalize and show people that it’s okay to do video dating,” says Hinge CEO Justin McLeod. If the trends today can normalize video dating, then in a post-pandemic world video chats could still be used as a way to vet people before meeting up in person. In this way, dating apps are using this time to prepare for the post-COVID world, whether we as a society become more comfortable with digital options in our lives or whether we “go back to normal.” In fact, there is an argument to be made that these new dating app features may actually improve dating as new features could help people make more meaningful connections with each other.

The biggest risks dating apps may face is the decrease in user’s willingness to pay. This would restrict the companies cash flows, forcing them to float themselves for a period of time. This may be fine in the short term but poses a risk to the financial health of these companies in the long run as we don’t know yet when this pandemic will end. It’s worth leaning out the companies, reducing headcount, sooner rather than later to preserve what cash they have. Also, in the long-term people may “buy-out” of the premium options and become more satisfied with the free features. User’s dating experiences during COVID-19 may result in users becoming more patient in dating (thus becoming OK with the limited number of matches offered in the free version of the apps), more location agnostic (thus reducing the need for “location” matching), and less tolerant of the speed of dating based on easily observable characteristics. Still, dating apps would likely be able to pivot again and roll out new premium features that are attractive to the post-pandemic user.

Airbnb vs COVID: The battle for community and connections!

Student comments on Love in the Time of Corona: How Dating Apps have Successfully Adapted