The last time you grabbed a salad at Sweetgreen or a pastry at Swiss Bakers, you probably saw a LevelUp scanner like this one at the cash register: 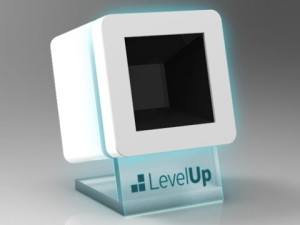 LevelUp is a mobile-first payment and customer loyalty network through which customers scan a QR code using the LevelUp app to unlock savings and pay in one easy step. The company was founded in Boston in 2011 by Princeton drop-out Seth Priebatsch and is focused on disrupting point-of-sale payments. It’s working: LevelUp has 14,000 businesses and over 1.5 million unique users on its platform in major U.S. cities. The average user transacts with the app five times per month.

As a two-sided network, LevelUp creates value for individual consumers and businesses. Consumers download the app for free and benefit from promotions – consumers save an average of 10% per transaction through different merchant campaigns on the LevelUp platform. Adding to the benefits, consumers can share deals with friends and learn about campaigns via Facebook and Twitter, as well as buy gift cards for friends who use LevelUp via the app.

LevelUp’s major value-add for businesses is behind the scenes. The company uses a proprietary algorithm (similar to that used by Apple Music, another company with small average ticket sizes) to bundle transactions and save on interchange fees. Merchants typically pay traditional processors $0.30 plus 2.9% per credit card transaction (fees are lower for debit card purchases). However, LevelUp has always charged merchants a flat 2% (even in the early, low-volume days when LevelUp was incurring interchange fees of over 5%) and dropped its fees to 1.95% in 2014. By comparison, Square (another new entrant in the payments space) charges businesses 2.75% per online purchase or swipe.

The low fees and resulting cost savings are a significant boon for merchants. In addition, LevelUp offers businesses the ability to create targeted loyalty campaigns to attract new customers and incentivize existing customers to increase visit frequency/ticket price, e.g. Spend $50, earn $5. Furthermore, businesses gain access to the LevelUp dashboard where they can view advanced tracking metrics about customer demographics, their spending habits, campaign statistics and other data that isn’t usually accessible to small businesses. Merchants can use this information to improve their profit margins and increase customer engagement. 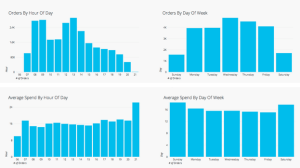 The LevelUp app is free and the company does not capture any of the value it offers consumers. Interestingly, LevelUp also does not capture a share of the significant value it generates for businesses via its payment bundling algorithm and low interchange fees. According to the founder, Seth Priebatsch, “We view these fees as an unnecessary tax on the economy and have made it our mission to eliminate them altogether.” Priebatsch also believes that artificially inflating the cost of moving money is not a sustainable long-term business strategy, and so, has designed LevelUp’s business model to capture value in other ways. LevelUp generates revenue via merchant promotions. The company charges merchants a fee of 25% of the campaign discount, e.g. it makes $0.50 when a café offers $2.00 off a purchase. In 2014, over 85% of all merchants on the platform ran campaigns, making this a viable revenue stream.

Two-sided network effects: Merchants will only purchase and install LevelUp scanners and learn how to run campaigns if they believe there is a critical mass of consumers who want to pay with their phone. Similarly, consumers will only download the LevelUp app and use it frequently if there are a significant number of merchants that accept payment via LevelUp. By addressing multiple pain points for consumers and businesses and generating savings for both parties, LevelUp has been able to attract users and grow largely via word of mouth.

Direct network effects: Same-side network effects are also at work here. Merchants want other merchants to use LevelUp so that more consumers will use the app and merchants will be able to access better quality data. Consumers want their friends to use the app because the better quality data that merchants have, the more savings consumers can capture via targeted campaigns. Furthermore, consumers may be able to earn rewards for referring friends, depending on the campaign.

Indirect network effects: LevelUp is essentially a platform for payments and loyalty programs. Many businesses have chosen to develop customized, branded apps that work via the LevelUp platform. In fact, LevelUp offers a white-label mobile payments and loyalty app service as well as supporting third-party developers.

Although LevelUp wants to ultimately reform the payment industry by driving down processing fees and improving access to consumer data, its business model does not impact giants like Visa and Mastercard. LevelUp does not change the volume of payments being processed so the credit card companies still make their cut. However, the middle men, i.e. the issuing and acquiring banks and legacy processors, are missing out on the per-transaction swipe fees. There actors could put pressure on credit card companies to respond as LevelUp and similar services gain market share. However, it is extremely unlikely that these financial intermediaries alone could develop a mobile product to compete directly with LevelUp.

Other competitors at POS include Square and Apple Pay. However, these payment systems do not capture the same level of consumer data that LevelUp has as a two-sided network via its customer loyalty program. Also, they both charge higher transaction fees, with Apple even looking to share in the fees with banks. Square and Apple are both also expanding into online payments. LevelUp has partnered with a few online retailers but online payment is a far more crowded space and LevelUp does not have a networked advantage like it does at point-of-sale, nor does it have the stickiness of its hardware scanner and mobile app combo. If LevelUp were to move online, it would also have to compete with online customer promotion players like eBates. In light of increasing competition, LevelUp’s business decisions to exploit network effects and not profit from transaction fees give them a competitive advantage with retaining users and merchants, and may be just what could help this David beat a Goliath.

GoPro – A Platform Worth $3 Billion