Once one of the most generously funded startups in Silicon Valley’s history, a company that had ambitiously planned to change the future of juicing, Juicero announced that it was closing its operations just 16 months after the launch. How did the company that had a great mission in mind – to help people live healthier – with its high-tech, slick, beautifully designed juicing machine, moved from a cool tech kid to the digital revolution’s loser so fast?

To fulfill its mission of making juicing easy, clean and fast, Juicero claimed that it created revolutionary juice machine, which, beyond Apple-like design, was Wi-Fi-enabled. The machine was designed to automatically press single-serving packets of fruits and vegetables straight into a glass, offering a cold-press juice without the need of preparing and cutting vegetables and fruits and cleaning after the juicing. Thanks to built-in Wi-Fi, machine could also detect expiry date on the juice packs and notify its owner if product was beyond its best before date. 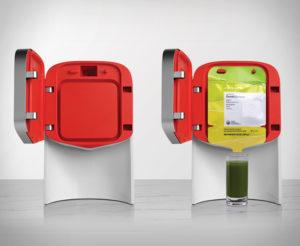 Juicero was launched in March 2016. Despite its initial hefty price of US$700 and additional price of US$5-8 for packs of fruits and vegetables to make juice, it received positive New York Times review and whooping $120 million funding from top investors, including Google Ventures and Kleiner Perkins Caufield & Byers.

The future looked bright and promising. Up until the day when Bloomberg’s journalists were testing the machine and discovered that they could press juice with their own hands relatively easy, obtaining same amount of juice, and saving $700.

Why such an obvious failure was never recognized by Juicero investors in the first place? There were several main reasons that made investors blind. First was time. Not an obvious choice for the VC money at the first sight, Juicero was introduced just in time when internet-connected products and internet of things have become the new exciting thing in Silicon Valley. Startups in this area were hot, and Juicero stood out as a simple and premium direct-to-consumer device.

Second was its model, based on subscription for weekly supplies of juice packs. Subscription model had been proven at that time with success of companies like Nespresso and Dollar Shave Club, and venture capitalists were excited about the businesses with similar model. As Brian Frank, investor in food-tech industry at FTW Ventures fund, pointed out,  “Investors are very intrigued by businesses that combine the one-time sale of hardware that ends up leading to repeat purchases of consumable packages”.

What were key causes of Juicero failure? The first and the most basic one, was the way Juicero designed its machine. Instead of offering a simple solution, they tried to address consumer problem with a way too complex product. A product that was essentially useless.

Second was Juicero business model, in particular its pricing and supply chain elements. Pricing was not sustainable. Even before Bloomberg fatal news piece, $700 price tag was way too much for the value it offered – clean juicing experience. Eventually reduced to $400 it still was above willingness to pay for most of the households, limiting potential market to a tiny niche. On a supply chain side, Juicero made a decision to produce both its machine and juice packs in house in an attempt to control whole supply chain, the strategy that appeared to be too expensive for the company. Additionally, Juicero didn’t recognize the opportunity to create a new market where other manufactures could supply its machine with juice packs. This move could have driven wider adoption of their business and helped reducing shipping costs.

Juicero is a great example of how companies and investors fail when attempting to blindly ride tech wave. At first look, the company packed all right elements in its idea to set itself up for success: internet-connected product, sexy look and feel, future cash flows through subscription model. And yet, it all didn’t make sense just because it ended up offering a solution for a non-problem. Juicero is a vivid demonstration that shows that tech revolution’ losers are not only companies that fail to adapt to digital transformation, but also those that fail to apply it in a meaningful manner.

Starbucks: a tech company or your neighborhood coffee shop?

Who do you trust more with your money – a machine or a human? Roboadvisors disrupt the financial services industry

Student comments on Juicero: how much would you pay for your juice?