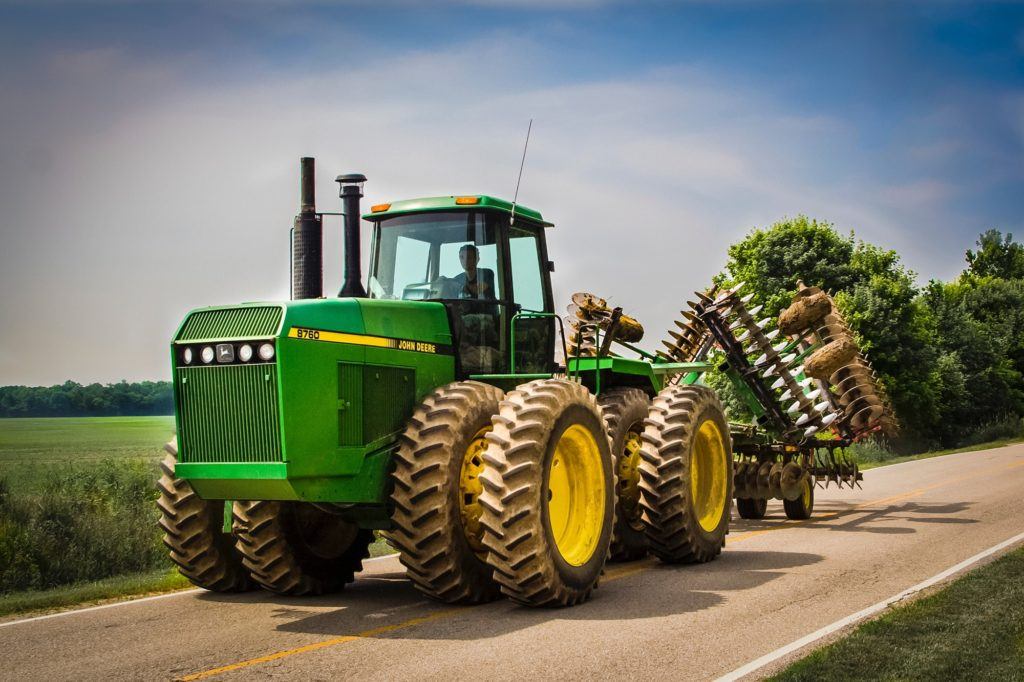 When asked what comes to mind when thinking about John Deere, the largest and one of the most popular agricultural, forestry and construction machinery manufacturer in the world, majority of people would not think “Artificial Intelligence.” Yet, faced with the reality that in just three decades human ever growing population will reach 10 billion people (1) and producing increasing amounts of food to feed this population will require increased efficiency and effectiveness, John Deere sets itself up for the challenge. The nearly two centuries old (founded in 1837) company, spent the last decade investing in AI and transforming into a data driven business. 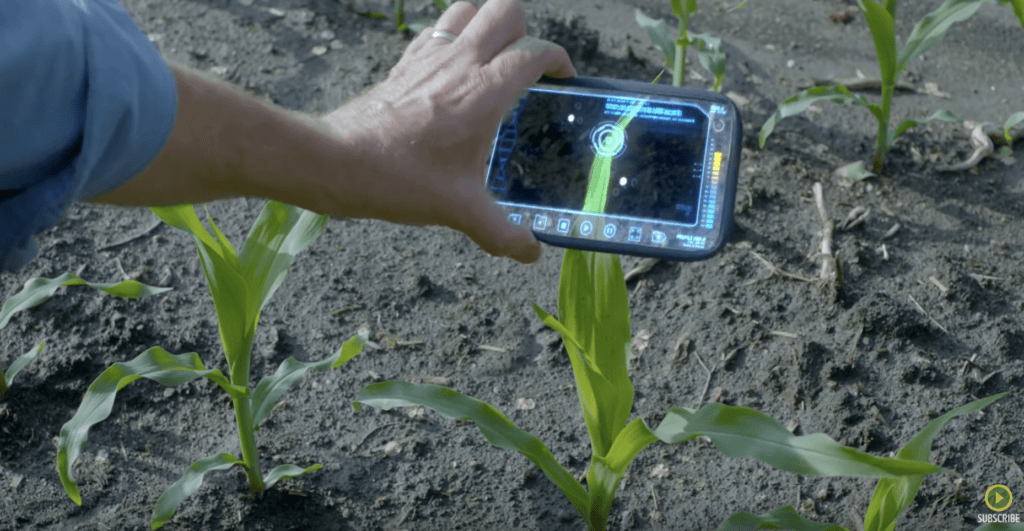 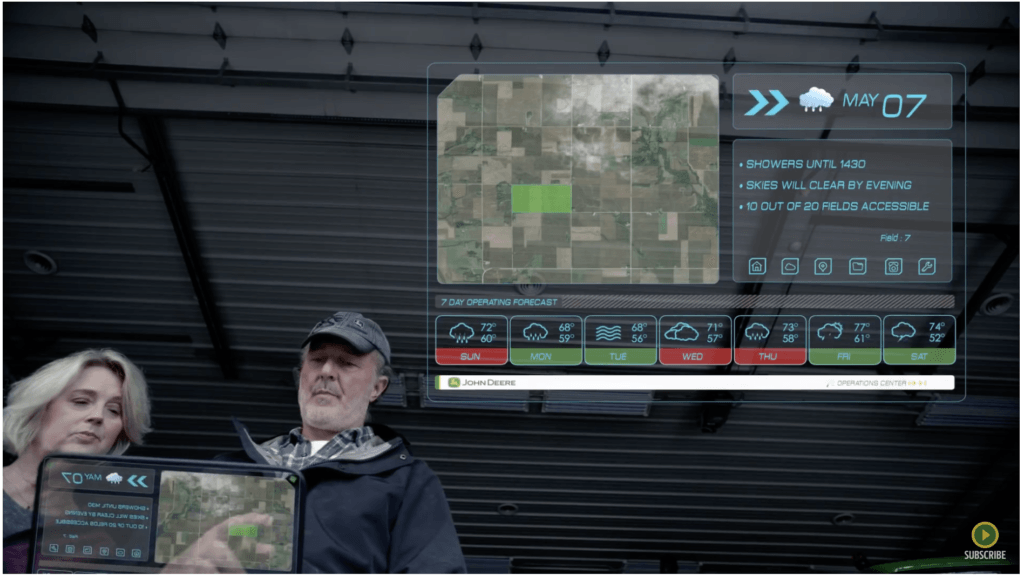 In 2013, John Deere unveiled its “Farm Forward” visionary campaign, which focused on deploying AI in all its machines to build an “autonomous farm.” It follows a model in which AI as a complement, or rather an enhancement, to its current line of products. This creates a lot of value for consumers. For example John Deere is working at unveiling an autonomous, self-driving tractor which is powered by AI not only to drive itself around the field but also to calculate what is the optimal volume of herbicide to spray. This specific offering enhances customer value in three specific ways: First, it can save customer’s money. If field can be sprayed with 80-90% less herbicide, the amount purchased will last 80-90% longer. Second, it saves a farmer’s time – by overseeing machines from home rather than needing to spend the time in the tractor’s driver’s seat, the farmer can engage in other activities in parallel. Thirdly, it increases comfort – it is much more pleasurable to oversee machines performing work from the comfort of one’s homes than by spending hot summer days outside.  Unlike some of the companies discusses in class (e.g., Booking.com), which capitalize on AI by providing better product portfolio and streamlining internal operations, John Deere wants to add AI to be a part of the manufactured product and to create customer value by allowing customers to directly use the capability in the machines they buy. 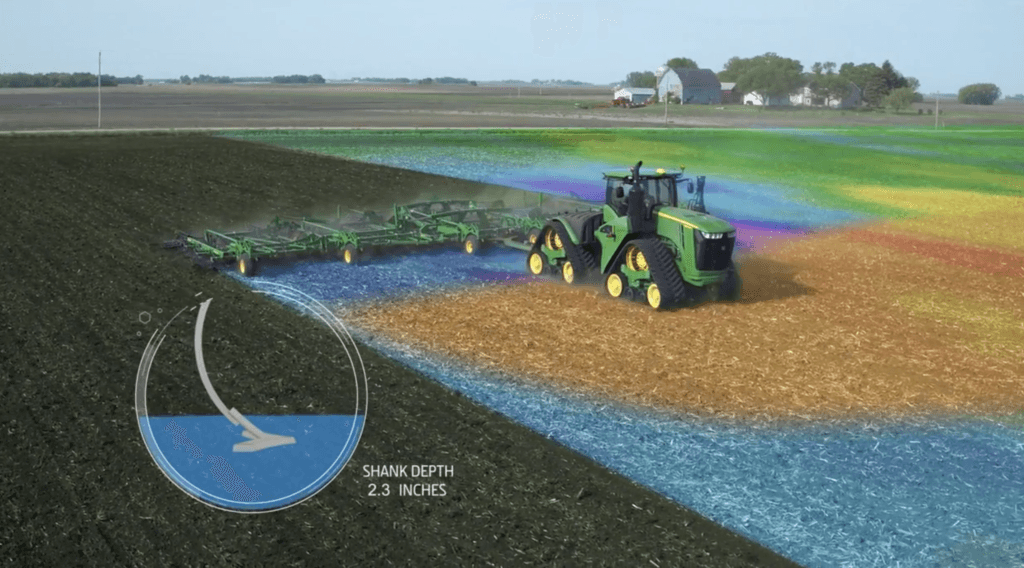 In addition to using AI to develop autonomous machines, John Deere is creating customer value by deploying its inside-machines technology to: gather data about customers, their land/fields/places where the machines are deployed and propose personalized advice. This enhances customer value in two ways: First, as described above with the herbicide example, knowing optimal amounts of field enhancement products that farmer should use can substantially decrease costs. Second, data-driven and tested across thousands of users information regarding for example optimal times for harvest given a farmer’s lands geographic location, substantially increases farming efficiency and enhances farmer’s ability to generate own profits during any given season. 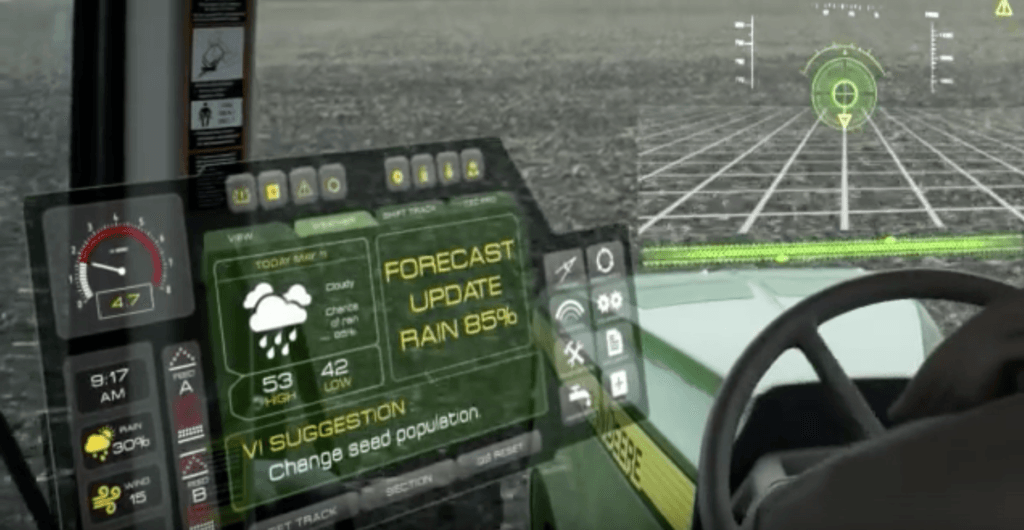 However, John Deere also positions itself to capture value from AI. Specifically, the company is (1) Patenting new agricultural technology it develops, preventing its competitors from imitating John Deere’s offer. (2) Second, by installing AI technology inside its machines,  John Deere is collecting volumes user data, and running AI analytics to suggest machine improvements. The company then uses this data to guide development of new products and enhance its current product line through targeted, data-driven solutions.

By being the first mover in using AI to enhance agricultural machinery, John Deere has created a lot of opportunity to develop its future business. For one, it is capitalizing on the fact that even through self-driving cars might be decades away, more standardized agricultural fields make the possibility of self-driving tractors to materialize in near future. As stated by John Stone, SVP of John Deere’s Intelligent Solutions Group (ISG),”Now we’re very much pushing into artificial intelligence, computer vision, and machine learning … what’s amazing is how all of this technology is such a hand-in-glove fit for agriculture.” Second, John Deere’s opportunity lies in the fact that instead of trying to play catch up with younger, nimbler players and developing its technology from ground up, it has been smart in acquiring a Silicon Valley, Blue River, a pioneer in leveraging AI in machinery. The acquisition was made in 2017 and provided the foundation for John Deere’s AI capabilities. Blue River specialized in computer vision, which is using AI to build machines that are able to interpret images captured by cameras installed in machinery and enable autonomous decision-making. In Stone’s own words: “The farmer has been the primary ‘sensor’ on a farm for years – and so much of farming is visual. It’s how does the ground look, what can you tell about the health of a plant by how it looks? Are the leaves nice and lush or are they going yellow? Are there bugs? The revolution taking place with deep learning has opened doors to solving problems that farmers have dreamed about solving for years … with computer vision systems and deep neural nets, there’s a very exciting future in these technologies in farms.” (2) 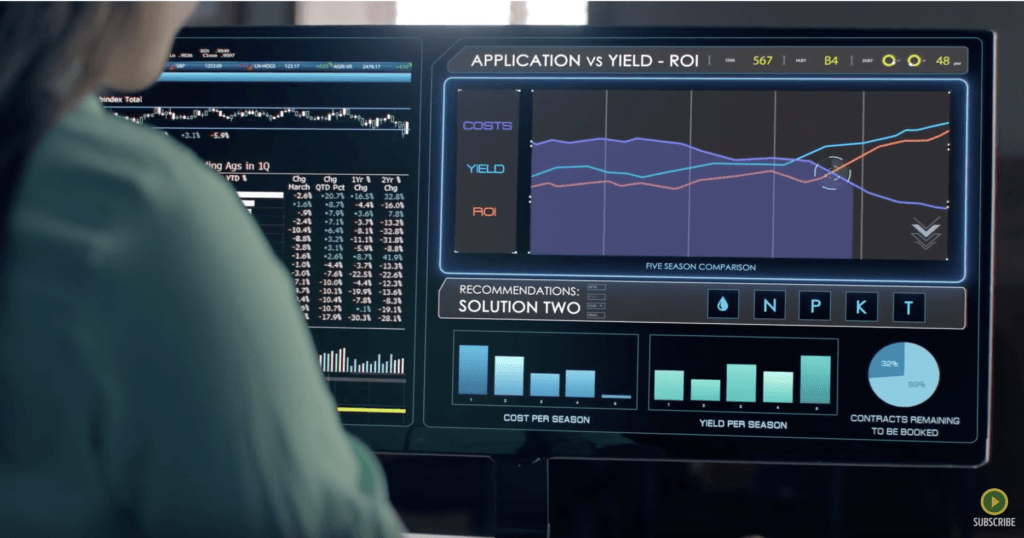 However, John Deere also faces challenges. First, being technological pioneer creates not only great customer value but also great press. However, the challenge in venturing to a previously unknown territory for a given industry is that John Deere has no other firms to look up to or on whose mistakes to learn. This can be a big problem especially since safety is a huge concern for developing autonomous vehicles and autonomous decision-making solutions. Secondarily, today, John Deere is relying on its “Start Up Collaborator” program for innovation. It relies on acquiring innovation by acquiring start ups with developed technology. This can be a risky strategy because it makes John Deere operate without a pipeline for future innovative products. As such, this puts the company in a position vulnerable to a competitor acquiring a promising start up before John Deere and simultaneously shutting John Deer out from competing in that given wave of technological innovation. John Deere is on a great path, however it can still improve. My advice to John Deere in overcoming those challenges is to continue to collaborate with start ups, but also to invest in growing its own R&D division, focused on in-house technology development.