Jaunt, a VR technology and content creator with offices all over the world (including LA, London, Amsterdam, and China) has recently secured a $66M investment from Disney, giving it some credibility and hype in the industry. The company offers VR filmmakers all the hardware, software, and apps needed to create high-quality VR content. Its current goal is to attract and educate creators to build up a content library that it can then distribute to a variety of media partners. They partner with veteran filmmakers to create many types of high-quality content, including films, sports games, and concerts, all of which target broad audiences. Initially, the founders of Jaunt intended to create a subscription service for access to their content, but now they said they are focused on creating content for device platforms (like Samsung Gear, Google Cardboard, Sony Playstation, etc.). That way, they can let those players do the heavy lifting of attracting audiences for them.

Currently, Jaunt’s value capture is two-fold. One is selling tools like the camera and suite of post-production software to VR content creators. Camera stores like AbelCine and Radiant Images currently distribute their cameras. The other is operating as a VR production company that produces content to be sold to larger media companies. They are presently reliant on large media companies with the deep pockets necessary to explore the nascent technology that is not yet mainstream. This is because the current lack of adoption (due to bulky headsets and not-quite-there technology) makes it harder to convince producers/media companies that the large time and financial investment in creating content will pay off. Obviously, if adoption improves, value capture will improve. 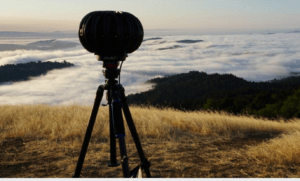 The following are recommendations on how the company should proceed: