Beer as a legacy

Archeologist evidence suggests that beer is one of the oldest drinks produced by humans. According to a report published in the Journal of Archeological Science, the earliest traces of fermentation are 13,000-year-old residues of a beer found in Israel and “It has long been speculated that the thirst for beer may have been the stimulus behind cereal domestication” [1].

The brewing process has evolved to create a wide range of brewing styles and sub-styles (see the chart below representing “500 Beers On One Ridiculous Chart” [2], click to enlarge). 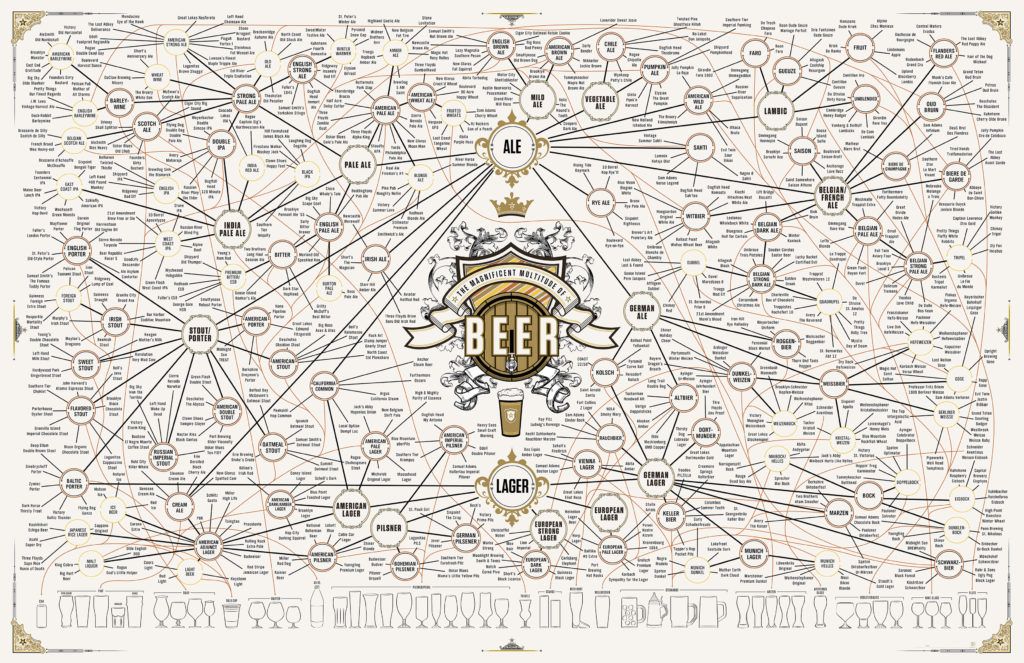 Despite its many years of experimentation, the brewing process, which is often considered an art form, remains complex, as the demand for personalized beverage experiences has increased.

IntelligentX was developed to create a unique product proposition: a beer brewed by artificial intelligence (AI) that followed the tastes of its customers.

During his TEDx talk ([3]) in London, co-founder Rob McInerney explained his mission to “crush the mediocrity conundrum.”. Stemming from McInerney’s frustration of encountering mediocre mass-produced products, IntelligentX was born. The start-up aims to move from a model where marketing pushes consumers to buy standardized products to one where products improve according to consumers’ needs, bringing consumers back into the feedback loop and rendering advertising obsolete.

IntelligentX works around a subscription service. First, a consumer creates a profile via the app. Then, they select a combination of the four standard intelligent beers (Pale AI, Black AI, Golden AI, and Amber AI) and a delivery frequency. IntelligentX then directly delivers to the consumer the selected mixture of 10 cans of beer in a box, which is priced at £29.

After the first delivery, the consumer is asked to give feedback on their taste via the app. This feeds many data points to the proprietary AI algorithm, which in turn revises the beers’ recipes to provide new custom-made beers for the next delivery. The cycle then repeats until the customer narrow their preferences down to their favorite beers (see picture below, [9]). 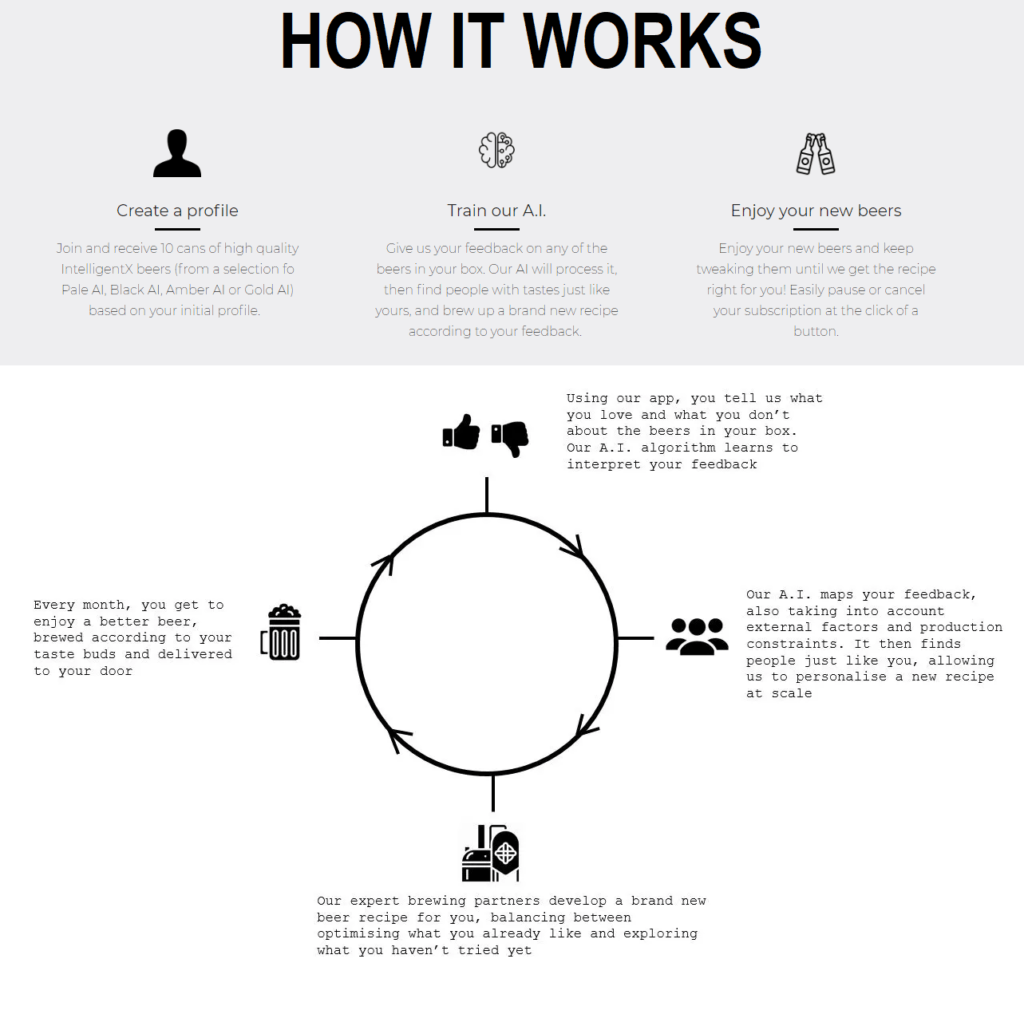 IntelligentX is currently riding the hype surrounding the use of AI to deliver custom-made beers to its customers. Thanks to its first-mover advantage, the company was able to price beers at a premium to capture most of the value created. The company also avoided most marketing costs—such as those related to market research and advertising—by directly involving the customer in the design process.

However, it is uncertain whether the company will become profitable in an industry where mass production and industrialization have taken over customization.

The tech trend in beer

In recent years, like IntelligentX, many breweries have partnered with tech companies to explore AI applications in one of the oldest industries in the world. For instance:

The food and beverage industry is evolving rapidly, and IntelligentX will need to continue innovating to stay ahead of its competition. Currently, the startup only delivers in the UK; thus, IntelligentX should consider increasing its manufacturing capabilities and expanding in other countries. Europe consumes the most beer in the world [8]—with the Czech Republic at the top of the list with 143.3 liters consumed per capita per year —and IntelligentX should seriously consider expanding throughout the rest of Europe.

Hopper: Using AI to Plan Your Next Vacation

Student comments on IntelligentX: Changing the world, one beer at a time