On the content creator side, HUYA has established deep cooperation with both broadcasters and talent agencies to deliver high-quality, fun and trendy live streaming contents. HUYA opens registration for any broadcaster. HUYA’s large broadcaster base consists professional gamers as well as amateurs. HUYA has more than ~700,000 broadcasters on its platform. HUYA proactively manages and supports popular broadcasters by developing individualized promotion strategies. In order to maintain differentiation, HUYA will enter customized agreements with promising broadcasters, mostly with an exclusive live stream commitment and revenue split incentive for 1~3 years. HUYA also cooperates with 24,000 talent agencies to manage broadcasters.

On the user side, HUYA’s user base consists mainly the young generation with an interest in games and other forms of entertainment. HUYA reached 117 million average MAUs in China by Dec. 2018. Any users may watch live streams on HUYA. In order to encourage users to register, HUYA offers certain popular interactive social features to registered users only, such as bullet chatting, messaging, and following their favorite broadcasters. Registered users can also enjoy premium social status and send virtual gifts to broadcasters.

Huya generates 95% of its revenue from sales of virtual gifts and items on its live streaming platform. Viewers purchase these items for their favorite broadcasters, who receive a cut of the revenue. 5% of HUYA’s revenue comes from digital ads.

HUYA users can purchase various virtual items offered by HUYA including consumable virtual items and time-based virtual items. Consumable virtual items mainly serve as gifts to broadcasters. Special visual effects, such as thumbs-up, planes, or treasure boxes, on the screen will be generated during live streaming when these gifts are sent to broadcasters. Time-based virtual items are mostly visual social status for the users, e.g., membership with the designation of Noble Members that everyone can see during a live stream. Broadcasters and talent agencies may share a percentage of the revenues generated from the sales of virtual items attributed to his/her live streams. As of January 2019, the most popular host on Huya had over 480,000 fans and the highest total value of the gift he received from his fans in one single stream was over RMB$1 million.

HUYA earns advertising revenue by offering customized ads aimed at targeted demographics. The majority of advertising revenue is derived from advertisers in the games industry, e.g., game developers, publishers, and e-sports organizers. Display advertisements fees are generally determined on the basis of the cost per thousand views or cost per day.

HUYA has formed its sweet spot as a fast-growing profitable vertical platform. Its unique broadcaster-user social experience and high-quality content has differentiated HUYA from other live streaming platforms. Up to date, HUYA has been successfully growing both user base and revenue. Its business model is both scalable and sustainable. 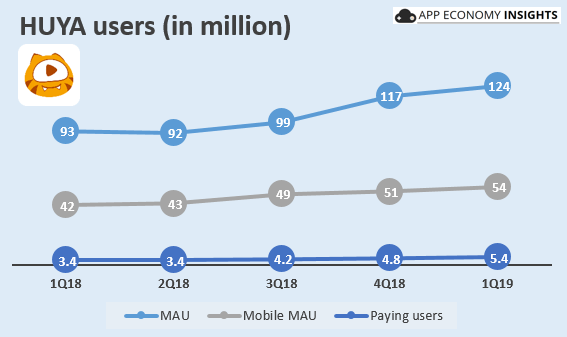 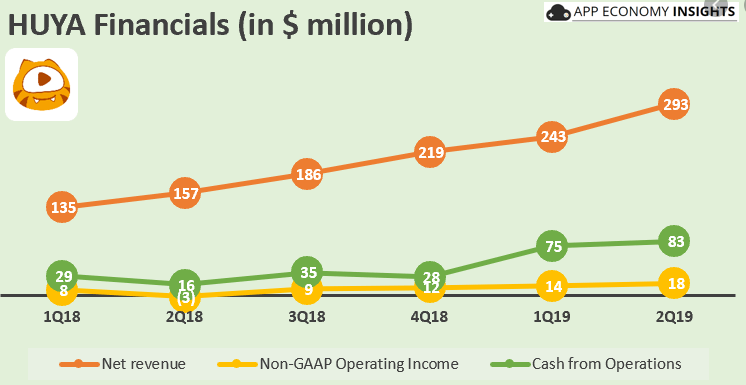 However, there is fierce competition from DouYu, the other leading game live stream platform, as well as potential threat from short-video social media, such as TikTok and KuaiShou in China.

Huawei to Google: We will make our own platform!

Student comments on HUYA – the Amazon’s Twitch of China