Traditionally, newspapers have always found it difficult to understand which articles are driving (one-off) sales, are widely read or bring in ad revenues. Huffington Post, an online newspaper, is turning this problem into an opportunity: it uses its data to continuously improve its articles – and incentivize its journalists to drive traffic.

The Huffington Post has two main ways of using data to improve its performance. First, it ensures that every journalist has full access to its own performance dashboard – a metrics system which capture a rich set of traditional digital indicators (page views, length of visit) and content-specific references (referrals from social media channels, most read paragraphs, etc.).

This dashboard serves a double purpose.

First, the editorial team is better able to understand which articles are well received. No longer do they have the traditional problem of trying to understand who is reading what – now it is perfectly clear which article or topic is read at what time of the day by which geography (and even by which subscriber). 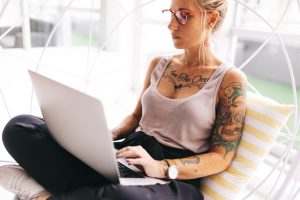 The Hidden Benefits of Giving Back to Open Source Software 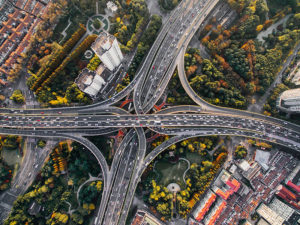 Second, the journalist can better understand why articles are well received (or not). Through its specialized dashboard, journalists see how long people spent on reading the article, at which point in the article they exit, and from which sources most of the clicks come. That allows the journalist to improve its future articles – or its distribution strategy1.

And here the real magic comes in: The Huffington Post also enables journalists to A/B test themselves with potential titles, videos, or other editorial changes. Who better to test and improve its articles than a journalist him or herself? It will not only drive traffic – but also build a long-term capability within the team2.

Second, The Huffington Post has firmly grounded the power of data in the structure of the organization. Data is accumulated at a central point in the organization, and widely dispersed thereafter. Metrics are also closely tied to incentives structure: journalists are have daily and monthly targets, and can always see how they score relative to this benchmark1. And, although limited public record on the organization exists, the Huffington Post likely hires and fires closely related to this data.

How sustainable is this data advantage? I expect that traditional companies will not find it easy to copy this. First, because a large part of their readers are still print based, which further conflates any data analysis. If some articles are barely read online, is that because people rather read it in print or because the article actually is not interesting? A newspaper would find it hard to go beyond simply correlations.

Second, traditional newspapers will also find it difficult to respond from an organizational perspective. Most of the organization has little digital experience, and is historically rooted in a slower, more thoughtful process. Journalists will inevitably find it difficult to accept instant feedback from digital analyses. At the Huffington Post that goes automatic: they hire for agile journalists who see data as an opportunity, not threat.

One main concern remains: would blindly following data not result in sensationalist journalism? In other words, would only focusing on what the majority likes – regardless of quality considerations – denigrate the quality of journalism?

Although this is surely a threat, I expect newspapers to rather use it as an opportunity. First, because you need a basic fact base on whether people are reading your articles or not. You can only have impact if enough people read your articles2.

Second, I don’t believe data will be the only input for editorial content. The Huffington Post mentions this too: journalists can have below-par performance on metrics for some time, as long as they have a good explanation for it. This was perhaps best exemplified by its series of articles on wounded US veterans. Although it lagged other articles for most of the year, the editorial team still saw its value. A year later, the series received a Pulitzer Prize for its in-depth reports3.

One Robot to Rule Them All

5 thoughts on “Huffington Post: journalism no longer stops when you hit publish”