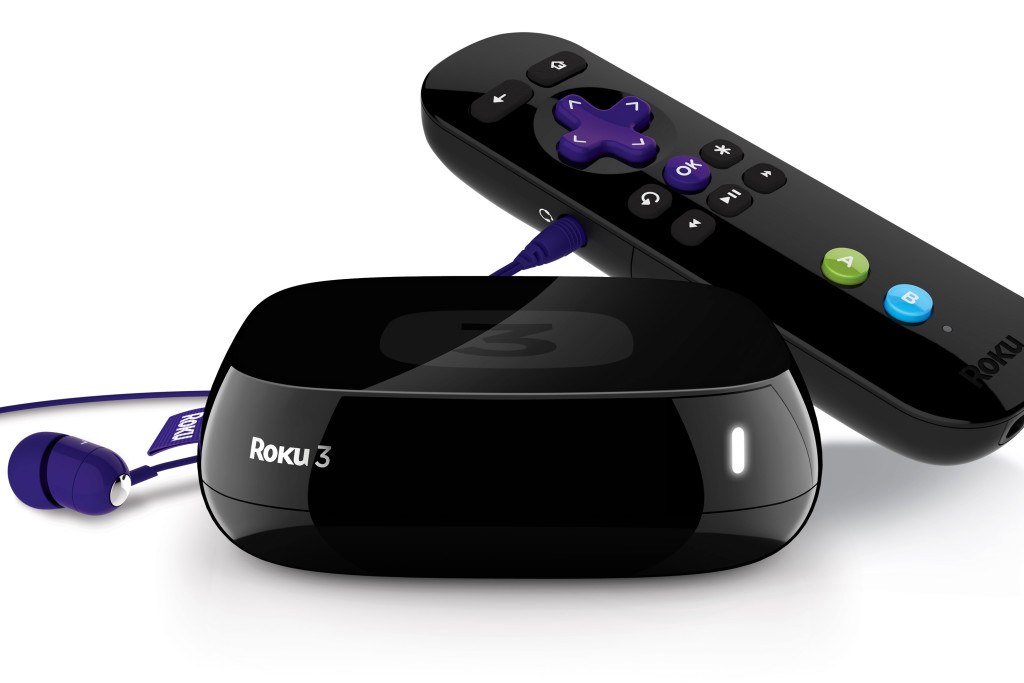 Apple released their digital streaming device (a set-top box that connects to a TV) almost 9 years ago. In January of 2007, the market’s need and desired features of a set-top box were uncertain as the lines between TV and Computer were just beginning to be blurred. In little time, AppleTV dominated this budding market. Back in 2007, Steve Jobs called it Apple’s “hobby” business. Unfortunately, they treated it as a hobby. Almost 9 years later and short of the addition of some content providers, little has changed for this once forward-thinking product. With far less resources, Roku unseated Apple from the top of this important, thriving market.[1]

How Value was Created and Captured

The Roku was introduced in 2008, almost 2 years after the AppleTV, when Netflix was outsourcing their ideas to spur online media streaming.  The first generation set of devices (Roku SD, HD, and HD-XR) was a work in progress that saw technical refinements and a full revamping. The Roku engineers worked overtime to get the hardware right until it was poised to take on the AppleTV. Their engineers also carefully prepared the software to serve as a new platform for delivering a wide variety of content. While Apple controlled which “channels” were available to end users, Roku opened its platform to all developers and all content providers. Today, they have nearly 2,000 channels in their “Channel Store.” Roku’s close relationship with Netflix was also fruitful; Netflix wanted the Roku in every household in America and assured the Netflix user experience on the box was seamless.

Roku really began taking big bites out of Apple’s market share in 2011, outsold the AppleTV in 2012, and comprised of nearly half of all U.S. streaming media devices in 2013. 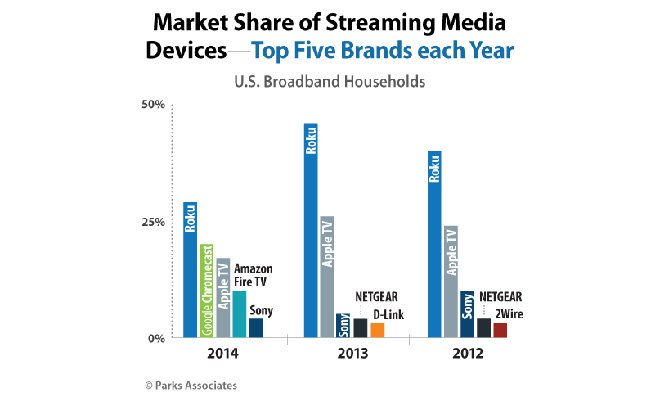 2014 is more open to interpretation; while market share took a significant hit, Roku impressively remained ahead of the pack, despite the entrance of two huge players, Google and Amazon.

As the set-top box continues down the inevitable road of hardware commodization, Roku is continually looking at other ways to capture value given its position. Aware that software is eating the world, they began licensing their software to television makers. Additionally, they are looking at white-labeled software and hardware to pay those TV providers who are adjusting to this technological shift in the industry. Lastly, lest we forget, Roku is making money on the actual content that flows through their platform.

Google and Amazon have captured significant market share as brand new entrants. Apple has now re-shifted their focus on the AppleTV as brand awareness of this category is surging.

Unfortunately for Roku, a key reason they may have dethroned Apple was that Apple didn’t pay much attention to the AppleTV. Rumors swirled that Apple was working hard behind the scenes with potential Apple Television Displays, working deals with content providers, and/or working on an online TV service. For whatever the host of reasons might be, the AppleTV saw little development, especially within the last few years. Many loyal Apple fans wondered when, if ever, Apple would open the AppleTV’s platform to all developers.

That has all changed. Last week, Apple announced a brand new AppleTV with a revamped tvOS and Software Development Kit for developers. This will likely end up being a platform and software war which does not bode well for Roku. The tvOS is closely connected to the very successful iOS software and will quickly see a host of applications/channels from eager developers looking to come into your living room.

Roku came at the perfect time to disrupt Apple’s almost lazy ownership of this market, but they may have awakened the once-sleeping giant.

[1] The AppleTV (available in nearly 80 countries) modestly outsells the Roku (available in only 4) worldwide. For proper context, this discussion will only focus on the U.S. market.

Student comments on How Little Roku Dethroned the Big Apple… But Can They Stay On Top?