It’s Friday morning, and you decide to plan a last-minute trip to NYC for the weekend. As you rush to the office, you pull up the HotelTonight app on your iPhone – and within two minutes, you score a discounted rate on the SoHo Grand.

Prior to HotelTonight’s launch in 2010, the idea of same-day bookings was a foreign concept. Now, millions of users and thousands of hotels are on the platform that allows users to book the same day or up to a week in advance. For spontaneous travelers, procrastinators, or those with unexpected itinerary changes, HotelTonight’s app offers convenience and lower prices for a curated selection of hotels. While some of the platform’s inventory is simply the best available online rate, many rooms are priced a healthy discount – on average, 17%[1]. The app’s interface is cleanly designed and easy to use, a stark contrast to often-confusing and cluttered OTA websites. 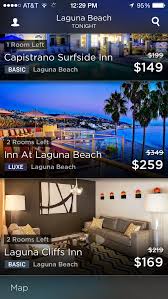 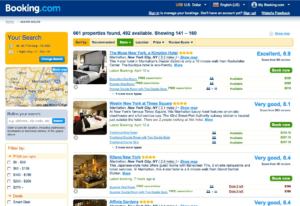 For hotels, HotelTonight offers a way to sell unused inventory at a discounted rate. HotelTonight charges a commission rate of approximately 20% on each transaction.[2] Mitigating the risk of brand dilution, the app rotates the hotel selection frequently and positions itself as a highly-curated, upscale selection of hotels.

Since the company benefited from indirect network effects, it was crucial to build traction quickly on both sides of the platform; the more consumers using the app, the greater benefit to hotels, and visa versa. So how did HotelTonight build up both supply and demand quickly? On the consumer side, same-day hotel booking offered a novel value proposition and a great user experience. Through referral programs, social media marketing, great customer support, and a lot of organic PR that led to app store boosts, HotelTonight was able to gain brand awareness quickly.[3] And on the hotel side, the platform offered high levels of flexibility and a new way to offload last-minute unsold inventory. Plus, the platform charged a 20% commission rate – at least 5% lower than many of the OTAs.[4]

Within a short time frame, however, competition became fierce.

Soon after HotelTonight’s launch, OTAs like Priceline and Expedia added same-day booking functionality and mobile-only apps. Booking Now, from Priceline’s Booking.com, launched in 2015 with its network of 585,000 hotels globally. Likely taking a cue from HotelTonight, the app is simple and – importantly – includes its massive review database.[5]

The hotel groups, in turn, saw a window of opportunity. Often, in an effort to discourage users from booking through third-party platforms, hotel groups do not allow users to earn loyalty points through HotelTonight. The Standard International hotel group launched their own app for $99 last-minute bookings at their own properties. The app was so successful that the group is now launching a new app that will include non-Standard properties.[6]

And finally, new copycat apps such as JustBook and Blink (acquired by Groupon) entered the market.

Likely in response to increased competition, HotelTonight has made a number of platform changes. First, on the consumer side, it edged into OTA territory by offering bookings up to 7 days in advance.[7] Second, to enhance its value proposition, it launched a number of new features for users, including the ability to book seven days in advance, geo-targeted discounts, loyalty programs, and a chat-based concierge service.[8] For hotels, at times HotelTonight will actually pre-buy rooms; a nice feature for hotels, but costly for the platform if the inventory goes unsold.[9]

Multi-homing is at play on both sides of the platform – which is problematic. It’s easy for hotels to post their rooms on the app, and to put the same inventory at similar or higher prices on other booking sites. One NYC hotel manager told Bloomberg that she simply pulls inventory off HotelTonight when it books for a higher price elsewhere.[10] And consumers have no loyalty to the platform that would prevent them from booking elsewhere; they simply want the best price they can get for the best hotel.

Despite claims of massive revenue growth and near-profitability, the company laid off 20% of its workforce in 2015, with the founder sharing that the company was overly focused on growth instead of profitability. In the spring of 2016, the company was attempting to re-negotiate margins with hotel suppliers.[11] This suggests that customer acquisition costs were getting too high as the company tried to prop up the demand side of the platform – in turn, keeping and attracting new suppliers.

Is HotelTonight’s value proposition strong enough to hold its own against OTAs and other players in the increasingly crowded travel booking space? Time – or a swift exit – will tell.

2 thoughts on “HotelTonight: A Trendsetter Tries to Keep Up”