News stories tend to originate in one of two ways. They are reactive, written in reaction to something that happened in the world, or they are press initiated, written because a journalist wants to explore some issue or other.

Jennifer Brandel, founder of an innovative new media startup called Hearken, has given name to a third type of news story. People-powered news stories emerge from the questions people have about their communities, she says. Hearken is an audience-driven platform that helps newsrooms tap into the crowd to produce them. 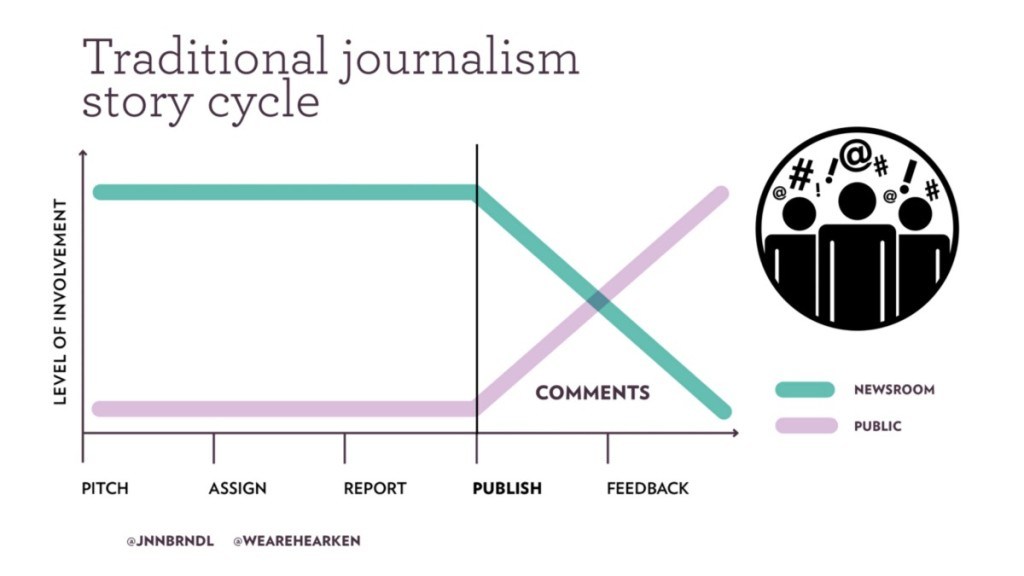 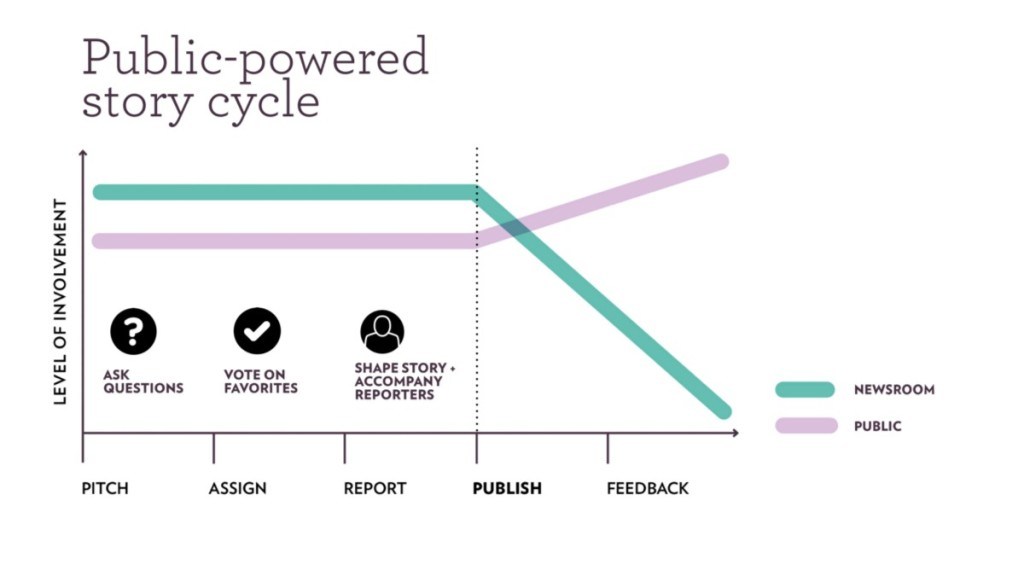 The Hearken SaaS platform offers tools — or modules — that newsrooms can customize to manage crowd participation in story development. Two embeddable modules, the curiosity module and the voting module, allows the public to submit questions they have about their communities that they’d want to see reported, then vote on submissions so that newsroom staff can then select what stories they’ll pursue. As these stories don’t flow from the traditional internal editorial process, they fall outside of what many newsroom staffers would typically tackle. A story about how the term “hella” became popular in the San Francisco Bay would not fit most editors’ definition of news, yet a community expressed an interest, and the resulting KQED article performed well. 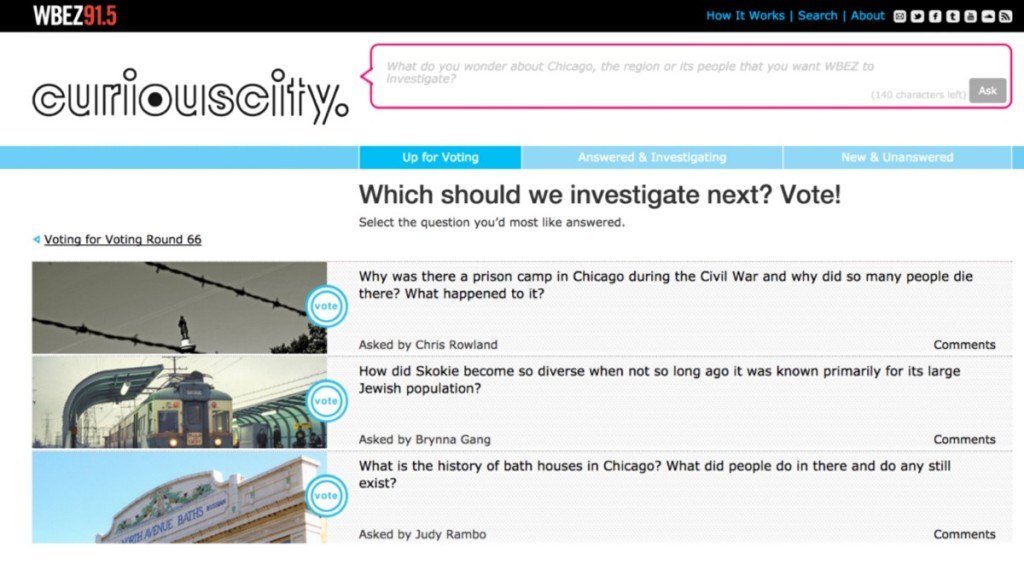 Around 20 newsrooms have adopted the platform and the crowd-based news development process it facilitates. Most of these newsrooms are in public media — public radio in particular — and many have seen success.

KUOW, a public radio station in Seattle, saw 6 of its top 10 most-read stories online be stories developed with Hearken’s platform. At KQED in California, Hearken stories got 11 times more page views than the median non-Hearken story, Hearken has claimed. WBEZ in Chicago, where Brandel first developed the platform, offers another good case. Just 2 percent of the stories it published online in 2014 were developed with the platform. Yet those stories comprised nearly half of its top 50 most popular stories that year.

The voting module incentivizes the participation of members of the public, who look forward to the possibility that their questions could get enough momentum to be answered. Some newsrooms even take the person who asked a winning question along during their interviews. The platform also offers tools for simple back-end management and curation of contributed content. Hearken’s team also trains newsrooms staff and is available for support when needed. 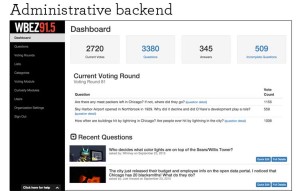 Though this public-driven story development method has proven successful to newsrooms, its adoption faces many challenges. Most newsrooms are strapped for resources and hesitate to dedicate staff time to learn new tools without a clear sense of what’s to gain. Journalists also often have a hard time trusting the crowd to come up with strong story ideas and help see them through. As Brandel herself has articulated, the spaces where the public does often engage in journalism — news site comment sections — can become toxic quickly.

Newsrooms also hesitate to let go of their control of the news cycle. The platform puts the ultimate task of curation and story selection in newsrooms’ control, but it’s still a concern: If they invite the crowd to propose story ideas, will they feel obligated to follow them? Will they be criticized for what they don’t select?

The value creation model Hearken promotes is certainly compelling. Today’s newsrooms struggle to come up with great story ideas that connect with audiences. It’s valuable for newsrooms to be able to effectively tap their communities for ideas and follow a process that results in a story the public has already shown it wants. The platform promises newsrooms more high performing stories that tick off the right boxes: page views, time on site, conversation. It also promises that newsrooms, over time, can build closer relationships with their audiences. These relationships make it easier for newsrooms to capture value from their audiences, as online advertising revenue or through deeper brand loyalty, though Hearken does not offer a distinct way for newsrooms to generate revenue from their coverage. 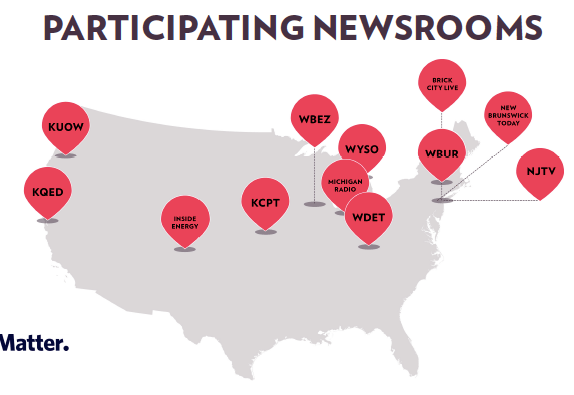 Hearken’s value capture is a simple sale. Hearken prices its platform on a sliding scale depending on the media outlet’s size and capacity, $5,000 and up. Brandel has acknowledged the platform is very much in its early stages, gathering data, improving its modules, and working to grow what remains a small list of client newsrooms. The news industry is a difficult one to grow a business on, as news outlets themselves struggle to develop and maintain sustainable business models.

It’s unlikely Hearken will grow quickly serving a struggling industry. But in evangelizing a public-centered approach, more newsrooms may recognize that its method is something worth trying, and it may help change the way our news is made.