Graze started off as an online subscription based food retailer providing a range of over 100 nutritious snacks in a customized box. Founded in the UK in 2008 and launched in the US in 2013, Graze has shipped millions of snack boxes via both online and offline channels. The company has approximately 500 employees and generated sales of 70m pounds in 2016 with an EBITDA of 7.6m pounds. 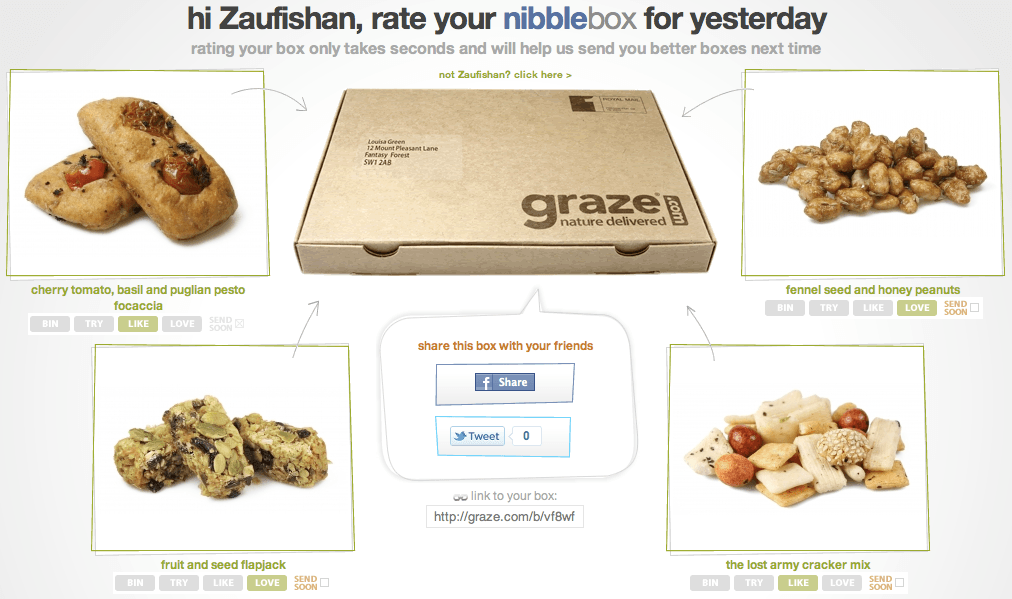 Graze prides itself on using big data and analytics to curate boxes that are comprised of 4 or 8 snack combinations as per customers’ dietary specifications and tastes – information on preferences is received via a taste algorithm called “DARWIN” (Decision Algorithm Rating What Ingredients Next) which is run several thousand times a day. The user is prompted to give preferences of the snacks on the website and also ratings of snacks from previous Graze boxes which ensures customers don’t get something they dislike. Unlike its competitors such as Nature Box, Love with Food, and Healthy Surprise, most of whom buy or get products from food manufacturers, Graze develops its own recipes based on customer inputs. This allows the company to provide healthier snacking options that are free of genetically modified ingredients, or artificial sweeteners. Another way Graze creates value is via its strong tech team that manages everything from the website, CRM, manufacturing and even planning and logistics – an aspect that allows the company to create, package and market new offerings quickly, sometimes within 24 hours. Given the scale it has reached, Graze has 300 million customer ratings and gets over 15000 new customer ratings / hour which increases switching costs for users since the longer a consumer stays, the more tailored his/her snack box becomes. This data also helps Graze to curate boxes for distribution at offline retailers such as Walgreens, Shop Rite and Hannaford in the US and Sainsbury in the UK. 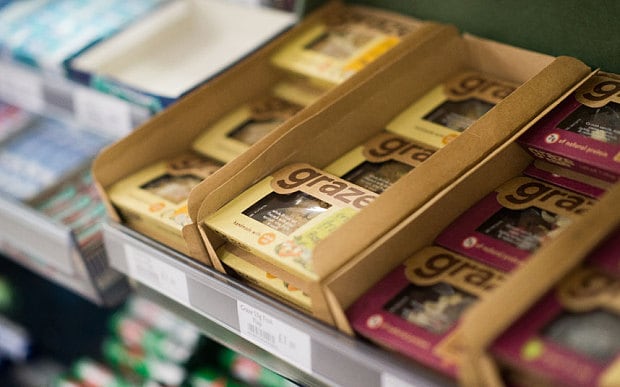 Graze captures value by charging either $7 for a 4-snack box or $12 for an 8-snack box. The pricing is on a per box basis and there are options to ship either once a week, once a month or twice a month as per the subscription. The company also offers bags of specific ingredients or snacks at various price points.

Surely Graze had challenges initially since without users, it couldn’t get data to help it tailor the snacks as well. Going forward, with competition on the rise, the company will need to better use the data and differentiate its offerings since there are a growing number of companies using data to determine customer preferences. Also, it will be important for Graze to create channels for more detailed feedback such as why a particular product wasn’t good and what they could change to make that product better (e.g. increase or reduce sugar, salt etc.). As the company expands its distribution via offline channel partners, it will need to ensure its app and platform are able to extract data from third party ERP systems and at the same time get better quality data from consumers who purchased products from offline retailers – a growing portion of its revenue.

The Paper of Record Adapts to a Paperless World