On November 2, 2017, Grab, a major ride-hailing service company in Southeast Asia (SEA), announced that they will add in-store and in-restaurant payment features in GrabPay, a payment function embedded in its ride-hailing App[1]. Similar to Alipay, customers can scan QR code at merchant stores, and complete the payment on Grab Apps. Grab is committed to become the leader in payment platform in SEA. In the latest $2.5 billion funding round, the company announced that the fund will be used to invest in Grabpay as well as its ride-hailing service[2]. Why is Grab trying to expand its payment platform? What are chances for them to be successful in the market? And finally, what will be implications to their ride-hailing business, especially on competition with Uber?

SEA has a huge opportunity in payment space. Grab co-founder Hooi Ling Tan said “the Southeast Asian transport market stands at $25 billion, while the payment market is estimated at $500 billion[3]”. Many of 650 million people in SEA still heavily rely on cash. “Nine in ten in Southeast Asia don’t have a credit card and 75 percent are unbanked[4]”, Tan said. Similar to Alipay, Grab is trying to capture this opportunity by filling out institutional voids, lack of intermediaries in financial transaction in this case, using technology. 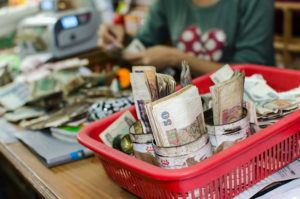 Cash based economy in Myanmar

Can Grab be a leader in payment in SEA?

Grab is going to leverage its leadership position of ride-hailing service in the region. Grab has more than 72 million downloads of the app, and operates in 156 cities in eight Southeast Asian countries[5]. Using this channel, Grab will be able to increase end users of the platform quickly, which will create a huge cross-side network effects on merchant side of the platfom. Jason Thompson, Managing Director for GrabPay Southeast Asia said “with our large base of users already conveniently paying for rides, …and merchants who are coming on board, we will begin to see GrabPay available everywhere to everyone[6]”.

However, there are several challenges Grab will face. First, the current Grabpay function in most countries is ‘closed loop’ payment, in which the amount top-upped by customers can be used only for the service offered by Grab (ride-hailing). In order to operate ‘open loop’ payment, in which customers can use the balance for other services such as restaurants, Grab needs to get a separate license from the regulatory body. Unlike Ant Financial, which expanded its service mostly within China, Grab operates eight different countries, therefore it needs to acquire the license from each. So far Grab acquired the license in Singapore and Malaysia, and the approval process is still ongoing in other countries.

Meanwhile the competitor is also trying to capture the payment market. In Indonesia, by far the biggest market in SEA by population, another ride-hailing company Go-Jek has already received a digital payments license from Indonesia’s central bank[7]. Go-Jek also acquired three fintech companies to expand its payment service Go-Pay[8]. Go-Jek CEO Nadiem Makarim said “2018 will be a year for Go-Pay”[9].

With such competition expected, Grab is still likely to become the market leader in payment. As many Chinese consumers and merchants use both Alipay and WeChat Pay, there is a room for multi-homing in this platform. If Grab can build its platform quickly using network effect through the existing ride-hailing customer base, Grab will solidify its position in the market. 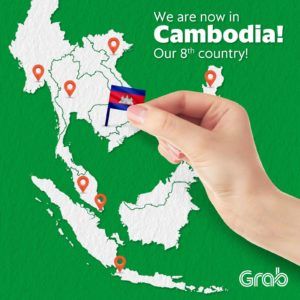 Grab’s ride-hailing platform will clearly help building payment platform, but the payment platform will also help Grab further strengthen its ride-hailing platform. Since many customers in SEA still don’t have credit cards, GrabPay will increase the convenience to use the ride-haling service, as Alipay and WeChat Pay became a dominant payment method for Didi. Currently many users are doing multi-homing between Grab and Uber, but they will start using only Grab with its convenience. There are many reports on Uber’s potential sales of its SEA business to Grab[10] – Grab Pay might become the final push to make Uber exit from SEA.

Can OpenTable survive, or is it losing popularity?