If this sounds like you, then you’re among friends – in fact, among a billion other people who regularly use Google Maps.[1] With a user base like that, it’s hard not to consider Google Maps a winner. However, have you ever considered what drives Google Maps’ continued success?  How does Google Maps structure its operating and business model, and utilise digital innovations, to become and remain, a winner? The answer all starts with you because…

It’s powered by a virtuous cycle of crowd-sourced information

In today’s world of always on, always connected smartphones, Google Maps is able to access the location and speed of you and millions of other individuals in real time. Within this data lies tremendous potential.

In addition to crowd-sourcing passively-collected data, Google Maps also asks users to actively contribute. Users can suggest edits or additions, or even draw parts of the map itself using MapMaker.[2] 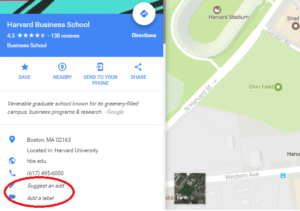 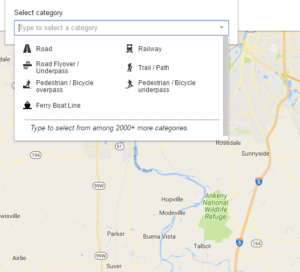 All of this crowd-sourced information helps improve the Google Maps experience, creating a virtuous cycle of a better product and more users. Google Maps can then capture value from businesses who want to leverage its immense user base to deliver targeted advertising. 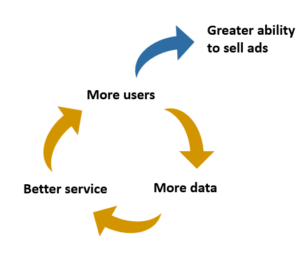 Of course, there’s still only so much that humans are capable of doing so…

It utilises machine learning to scale and create competitive advantage

Machine learning is one of the ultimate buzzwords in the digital space. Basically, it refers to algorithms that allow computers to improve the way they function without necessitating further human intervention. Humans provide examples and the computer figures it out from there using the observations it encounters.

Machine learning is a key component in Google Maps’ ability to cover the entire world without having human input on every piece of information. One application is using object recognition in conjunction with Street View[3] to provide automated navigational guidance on roads and intersections. It is also used to scrape information on local businesses such as opening hours and contact information, improving Google Maps’ comprehensiveness and therefore usefulness. 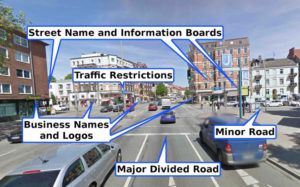 The more data that’s fed into the system, the smarter and more accurate it gets, the further ahead Google Maps races from any competitors that might want to play ‘catch up’ (*ahem* Apple Maps *ahem*).

However, rather than just creating a high-functioning product, Google Maps has also embedded itself in the digital ecosystem and made itself indispensable because…

It powers and captures value from other digital winners

In its wake, Google Maps has left behind a slew of defeated competitors like the physical map and in-car navigation systems. However, it has also created a whole new generation of winners through allowing other applications to use its features via its application program interface (API).

For the vast majority of API users, the service is entirely free. However, once an API user goes over a certain usage limit, or uses Google Maps in a paid commercial endeavour, Google Maps starts charging based on usage volume.[5] With this business model, Google Maps encourages all developers to utilise it but gets to capture a chunk of the value when a program becomes popular.

As a result, Google Maps has become a core component of many other digital winners such as Uber (when it first started), TripAdvisor, and Airbnb. No doubt, it will also power many of the winners that have not yet (fully) emerged such as self-driving cars, and virtual and augmented reality – helping to increase the overall value created for society while making sure that it captures its share.

Pandora: How the Wrong Business Model Can Lead Management to Focus on the Wrong Customer

Student comments on Google Maps: the winner that begets winning