In 2000, gold mining companies in Canada, Goldcorp, faced serious problems. They were no longer able to find gold or yield meaningful profit. Rob McEwen, the founder and CEO of the company became frustrated with continuing underperformance. So he convened a meeting with geologists of the company and told them to find more gold in the company’s gold mine in Red Lake. The geologists came back reporting that there could be as much as 30 times gold in Red Lake mine that Goldcorp was producing, 50,000 ounces a year. 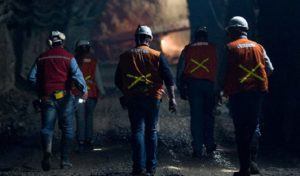 Since they couldn’t pinpoint where to begin looking and any exploration process was likely to be time-consuming and expensive-they just couldn’t afford to investigate, drill holes, continue investigations, and drill holes. Rob McEwen – Goldcorp’s CEO – decided to do something bold. Inspired by an MIT conference he attended in 1999 – where the story of how Linus Torvalds used the Internet as a collaborative resource to build the Linux software operating system – McEwen decided to crowdsource a solution. 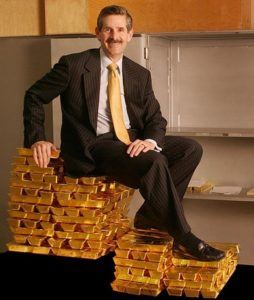 So CEO, Rob McEwen, came up with an idea of publishing all the 400 megabyte geological data from the company’s research,which went back as far as 1948, and writing a notice on the company homepage. “I’ll give $ 575,000 to anyone who stays exactly where the gold is in the Red Lake gold mine.” Anyone could participate-literally crowd sourcing.  Unsurprisingly his colleagues were skeptical, particularly as it was such a risky venture. The company was, after all, giving over its proprietary data as well as admitting to the industry that they were unable to find these elusive gold deposits.

Rob McEwen, however, decided to execute his idea of crowdsourcing. He opened the contest under the name of Goldcorp challenge.
So many people around the world rushed to solve this problem. The 21st century Gold Rush 2.0 had begun. Within a few weeks, over 1000 submissions came in from all over the world from virtual prospectors, which included geologists, mathematicians, military officers, students, and consultants. The winner came from Australia from the other side of the globe. Based on the data published by Goldcorp on the Internet, Fractal Graphics and Taylor Wall and Associates made a collective effort and created a 3D map of the Red Lake gold mine. But the winner was not important. With this map, Goldcorp could identify 110 deposit sites. Fifty percent of them were locations that the company did not know. The company confirmed that 80% of the new amount actually had a substantial amount of gold. And Goldcorp was able to dig six billion worth of gold. Eventually, Goldcorp has become the most profitable gold mining company.

Rob McEwen and his company, Goldcorp was able to create value by trying something very innovative in the very conventional industry. Confidentiality and secrecy are industry watchwords and yet here was the CEO apparently giving away the family jewels. This could be attributed to his background. McEwen was not a miner, nor did he come from a mining background. Before being bitten by the gold bug he worked in the investment business for Merrill Lynch. And so he did not feel constrained to adopt conventional mining wisdom. Not having grown up with the assumptions of the industry he felt able to question them. By sharing their research data first, Goldcorp provided knowledge that external people could begin with. Eventually, Goldcorp captured values, more than 10,000 times bigger than they paid for the winner.

Financing and Consulting for Low-Income Farmers