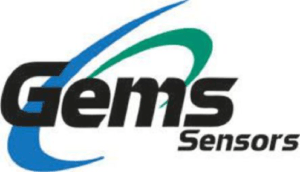 Analog Sensors in a Digital World

Gems Sensors was founded in 1955 by Gordon Seigle and Edward Moore.  Their first commercial success was developed out of necessity. After growing tired of continually going under the deck of his boar to check if any water was coming on board, Edward designed a bilge switch, with two strips of metal and an aspirin tablet.  If water came aboard, it would dissolve the aspirin tablet and complete the circuit, lighting up a light above deck.  60 years later Gems Sensors employs over 300 people and produces a broad portfolio of level, flow, pressure, and temperature sensors, as well as valves and solenoids.

To create value for its customers, Gems Sensors grew up as a research and development leader in the space through the 60’s, 70’s, and 80’s.  This left them with a suite of patents and a history of producing the highest quality and latest technology.  Being extremely vertically integrated allowed them to also provide custom solutions, and even create product extensions, for specific customer applications.  In the late 1990’s, Gems Sensors was acquired by Danaher Corporation, and went through adoption of the Danaher Business System.  This led to great increases in quality and reliability, both highly sought after in the sensor space.  Gems provided sensing equipment mainly to other OEMs in industries like medical devices, oil and gas, and off highway vehicles.

The most obvious way that Gems Sensors was able to capture value was by charging a price that is greater than the cost to produce; Economics 101! When looking at their operating model, you can see how they could charge a high price and produce at a low cost.  First, by investing in engineering and R&D, Gems was able to build a brand name for itself as high quality.  Their engineers could design a sensor for your exact application, whether it was a submarine or an oil rig.  These constant interactions left the engineers very close to the customer, which allowed them to not only get specified into a long running project, but to keep increasing prices over time as the cost to switch increased.  On the cost side of the equitation, application of the Danaher Business System to the manufacturing processes involved in producing the sensors allowed Gems to continually take cost out of the process, sometimes even years after the design was completed.

Every single product, whether a sensor or a solenoid valve, either output an analog signal or required one to function.  As many of their OEM customers were transitioning from analog to digital, engineers were being asked to tweak product attributed so they could function in a digital system, which most of the time had to be designed by the OEMs themselves.  The value a sensor could add to a system was fundamentally changed with a digital conversion.  Instead of a temperature sensor turning on a light in the cab of a combine, now it could signal the machine to shut down or behave differently.  It was clear that the market was truly changing when Gems began getting orders for analog sensors by middle-men, who were adding digital technology to their hardware, and reselling to OEMs for double the price.

In the end, Gems was unable to capitalize on the shift from analog to digital.  In true exploit vs explore fashion, they doubled down on high quality and low cost, and remain an input to many of their large customers.  However, because of high performing fast followers, the price point they are willing to pay has decreased a great deal, with the delta being used to convert them to digital.  Gems is still a profitable business today, because of its earlier stated strengths, but I cant help but imagine what it could have been if it would have jumped on the opportunity to develop its own digital solutions and leverage them both to new and existing customers.

HBO a Leap from Feature to Destination