In early 2015, Gap Inc. CEO Art Peck fired all of the company’s creative directors, claiming they were “false messiahs” for the company. Instead, Peck wanted to move the company to a decentralized data-driven approach to design and product development to increase the company’s speed to market and focus on consumer insights and data. This approach has worked well for fast-fashion competitors like Zara, whose market capitalization is now 10 times that of Gap, but Gap has not seen the same impressive results. The brand is now in its seventh straight quarter of declining sales and its market value has shrunk to $10 billion from its peak $40 billion in 2000. CEO Peck claims that the new system brings the company “science and art, and they can come together,” but can data science truly replace creative visionaries in a way successful enough to revive the dying Gap Inc. brand? 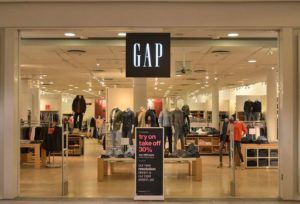 Founded in 1969, Gap Inc. is an iconic American apparel brand that is known for its casual aesthetic. The parent company owns Gap, Old Navy, Banana Republic, Athleta, and Intermix stores that can be found in most mall throughout the US. However, as retail sales decline and fast fashion competitors provide fashionable pieces at low prices, the company has struggled to reinvent itself and stay relevant with consumers at its mid-price point. The company has particularly struggled with selling its basics as competitors sell the same items at lower prices.

In its heyday, Gap was run by infamous CEO Mickey Drexler who led a creative-driven enterprise where creative directors designed product by instinct and went on lavish trips to source inspiration. However, Drexler was pushed out in 2002 after 24 months of straight decline. Since then a number of CEOs have cycled through the company, but none have been able to stop the sales decline. In 2005, Art Peck, a former Partner at Boston Consulting Group, became CEO and began to implement operational controls and expanded the roles of its outside vendors.

Peck’s new decentralized data-driven model now looks very different from how the company was structured under Drexler. Brand merchants are no longer involved in every product category, and some items are created directly from product suppliers without internal approvals. Executives are encouraged to use Google Analytics and market-research data to monitor consumer tastes. The different brands now share data and processes have been put into place to increase internal communication and decrease production time. Gap has begun to order smaller quantities of inventory in order to introduce new product more frequently. Furthermore, some production has been moved from Asia to the Caribbean to reduce shipping time.

Critics say that Peck has not moved fast enough and the increase in communication between brands will make all of their products too similar. Additionally, there is fear that focusing too much on data will reduce the creativity and trend-setting ability of the company. Consumers don’t know what they want until they see it in store, so if designs are based on things customers have already searched for, the product will lag behind trends by the time they make it to stores. Gap is weighed down by its heavy bureaucracy and items that arrive in store often look very different from their initial design after layers of approval. Perhaps Gap would be better off removing layers of approval and enabling creative designers and merchants to make broader decisions more quickly. While Gap’s attempts to incorporate more data into its design process are commendable, they may have swung the pendulum too far by removing all creative directors. Without one creative guiding vision, consensus will kill all creativity in the company’s designs and production when they need it the most.