Based in the United Kingdom and founded in 2014, Friendly Score uses social network data to build “social” credit scores.  The circumstances of the founders illustrate the institutional voids that Friendly Score is seeking to solve.  One founder, despite being a Harvard college grad, found it difficult to obtain credit after moving to the United Kingdom, because he lacked a credit history in that country.  Another founder, a small business owner in Nigeria, found it difficult to obtain credit in her native country, because traditional credit bureaus had low penetration, and credit histories were thin generally.

The potential market for Friendly Score’s service is enormous.  Of the 50 million unique loan applications submitted by European millennials, Friendly Score estimates that half are “thin file borrowers,” meaning their credit histories are too thin to lend against.  Of the 4.5 billion underbanked people across the globe, 1.3 billion are “commercially active and online.”  (The latter figure, of course, is growing quickly thanks to the continued penetration of smartphones). 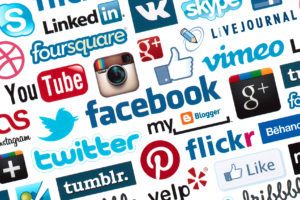 The company seeks to sell its services to credit bureaus and lenders.  Friendly Score mines publicly available social media data about potential borrowers (family status, employment information, education, travel, etc.), as well as data about their social connections, to infer the borrower’s creditworthiness.  Access to Friend Score assessments are then either combined with traditional credit metrics, or used as a substitute when traditional credit metrics are absent.  The idea behind Friendly Score is in some ways comparable to the idea behind Sofi, a student loan provider that started off lending to people who attend prestigious universities.  The logic for Sofi was that “even if Jane has a thin credit history, the fact that she is attending a great college likely reflects strong job prospects, and therefore strong repayment prospects.”  In the case of Friendly Score, the logic might be as follows: “Jane has a thin credit history, but she went to a great school, has a great job, and seems to be related or socially connected to a lot of probably-wealthy people who would be able to help her if she fell behind on her payments; therefore, we’ll lend to her.”

According to Crunchbase, Friendly Score has not succeeded in attracting much venture capital.  Since launching in 2014, the company has raised 6 rounds of seed capital amounting to a little over 800K GBP, including, most recently, a 200K GBP round in February 2017.  The primary founder appears to have left in September 2016 to start another company, ClearScore, which “helps users manage their finances better… by offering them free credit reports and educational tools.”  The company also indicates that it is “working with some of the most innovative and consumer-friendly financial service companies in the UK… to bring access… to our user-base,” which I suspect means that they are using inputs from Friendly Score.

spect that Friendly Score may encounter (or may have already encountered) two primary impediments to adoption.  The first has to do with the nature and perceived fairness of the inputs that are used to generate credit scores.  For example, it is conceivable (though I have no data to suggest that Friendly Score’s algorithm would actually produce this result) that the company’s algorithms would implicitly discriminate against people of a particular race, gender, or demographic profile, since people tend to be socially connected to people like themselves.  Most developed nations have laws that prohibit lending practices that discriminate on certain demographic bases (ethnicity, gender, etc.), which would significantly challenge Friendly Score’s ability to participate in the institutional ecosystem of the lending industry.  The second concern has to do with borrowers gaming the system.  For example, if I knew that I was about to apply for a loan, and that my lender used Friendly Score to assess my creditworthiness, I might be tempted to log onto Facebook, “cull” my friends for perceived creditworthiness (e.g. by unfriending poor people, and sending friend requests to rich people), and change my personal data (e.g. by posting fake photos of myself travelling to exotic destinations).  It is unclear how Friendly Score might address these concerns.