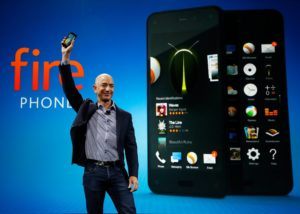 In October of 2014, Amazon reported a $170 million write off relating to the Amazon Fire Phone, which included the disposal of $83 million of unsold Fire Phones held in inventory worldwide.[i]  Underscoring the severity of the situation, the Fire Phone write off occurred during a quarter in which Amazon recorded a $437 million net loss on over $20 billion in Revenues. High profile investors such began openly questioning the Amazon growth strategy and long held logic that the company was a worthy investment which would eventually return hefty profit to those patient enough to wait out their endless pursuit of more. [ii]

By 2010, Amazon was concerned with the amount of revenue it was losing to Apple and Google through their mobile app stores.  Since any purchases made on the Amazon mobile app would fall under the license agreements of the respective software providers’ app store, a sizable portion of its sales (reported to be as high as 30% for iOS) was being siphoned off the top of Amazon’s already thin profit margin. [ii]

The response from inside Amazon, was to claw back the capture of value of their own sales, from what at the time seemed to be like a limitless mobile market, by directly connecting with the mobile user by placing their own hardware in the users’ hand.  Originally termed project “Tyto,” this idea went from idea to product launch in 3 years with the introduction of the Amazon Fire Phone in July of 2014. [ii]

Amazon has a history of making what Bezos commonly refers to as “Bold Bets.”  Within the company, employees of all levels are encouraged to write fake product launch press releases as a means of codifying a new product idea through the eyes of the customer who will receive it.  Amazon constantly tells its employees to “start the with the customer & then work backwards.”[iv]

With the Fire Phone, Amazon worked in the opposite direction.  From the beginning, the goal appeared to recoup lost revenues by developing an in house capability for directly connecting with mobile customers. Through this narrow perspective, it seems the product team failed to recognize the true value creation of a smart phone.  iPhone customers do derive value from the standard uses of a smart phone, the ability to make calls, use the internet, take pictures, and generally stay connected wherever cell service or wifi is available.  In the case of Apple though, its customers also benefit from being inside the eco-system of iOS supported Applications.  Apple’s scale and penetration by the time Fire Phone was launched meant that almost every major company or service had such an app available on its store. [v]

By creating their own Amazon eco-system through a modified version of android and restricted Amazon app store, they were in fact removing the customers from an eco-system which they had become accustom to.  Instead of encouraging this change through discounted pricing, they chose to directly compete against the market leading iPhones, charging $199 for the 32G phone with a two-year contract.[ii] [vii]

It only took three months for Amazon to admit defeat.  After launching to much fanfare in July, by October, Amazon’s CFO admitted to investors that the product was being discontinued and Amazon was going to write off the remaining the inventory and contracts. [vi]

Amazon learned a very expensive, but pointed lesson about customer value vs value capture.  By focusing solely on the value capture aspect of the mobile shopping value chain, they missed key insights about what customers truly valued and where the most value was being created.  Given Amazon’s current share price above $800 after the success of AWS, Prime Video and Alexa, it seems they learned their lesson.  [iii] 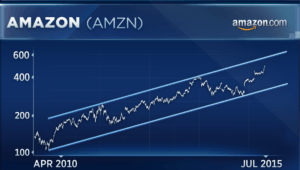