Crowdfunding has been gaining more hype – especially in the last year since new regulation was passed allowing anyone in America to own shares of a private company. What does that mean for VCs? Why is Indiegogo positioned to win this game?

What is Equity Crowdfunding? 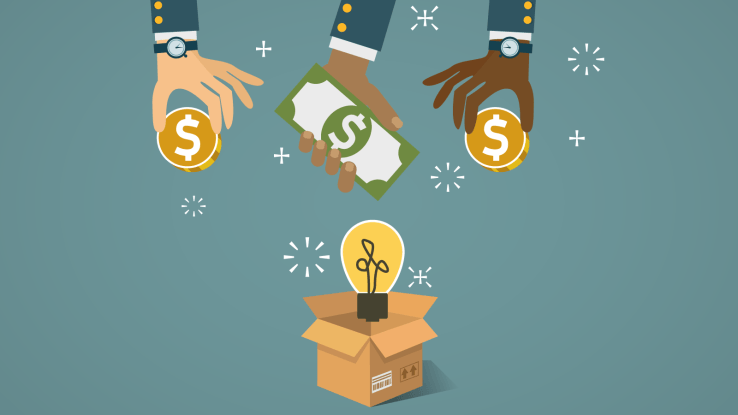 Traditional crowdfunding portals such as Indiegogo and Kickstarter had been leaders in the rewards-based and donations-based crowdfunding, but the landscape is changing. Until May of last year, you could invest in one of many campaigns offering certain perks or early trials of products in return. Now, you can be an early investor in a promising startup and be part of its growth story, participating in its upside. You can contribute to the vision and feel like a proud owner of the products or services you believe in.

This is very much aligned with Indiegogo’s mission to fund people’s entrepreneurial endeavors. David Mandelbrot, Indiegogo’s CEO mentioned in a press release [1]:

“Sice Indiegogo first launched, we’ve wanted to offer these sort of investments, and we’re very excited to be officially giving the millions of people who visit our platform every month the chance to get involved with equity crowdfunding opportunities.” 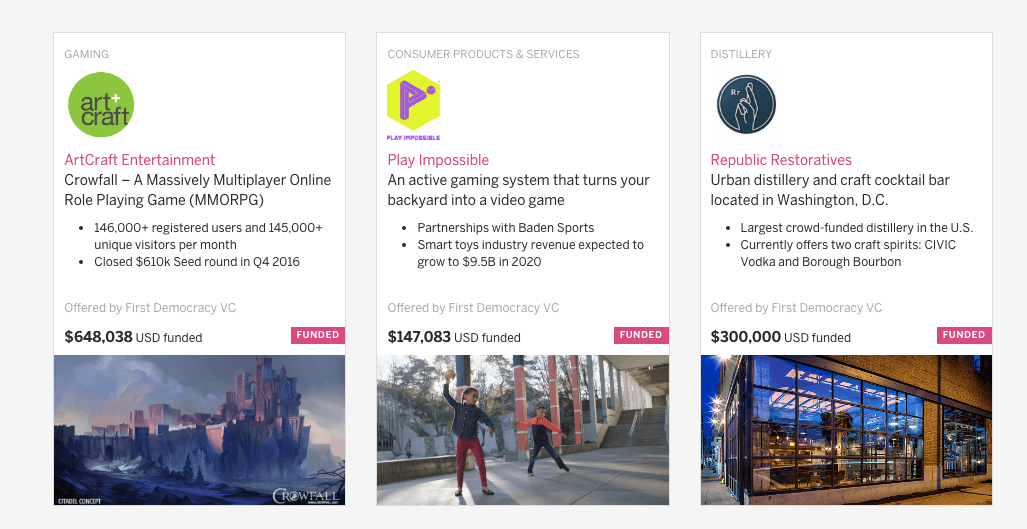 The Mechanics: Using a Partner

Indiegogo adds a disclaimer under each investment opportunity that it is not a registered broker-dealer. The reason for that is the tremendous regulatory complexity in registering as a broker-dealer and being able to directly sell securities. It would also become legally liable for the investment claims and promises that each company makes. Instead, Indiegogo is able to do the share offerings through its partner, MicroVentures and its funding portal First Democracy VC, which is registered with FINRA [2]. Plus, MicroVentures has already a proven track record, having raised more than $100M from investors, which adds to the credibility of this investment method.

The Legislation: Still some limitations

With the passing of Title III of the JOBS Act (Jumpstart Our Business Startups Act) in May 2016, Obama reversed decades of restrictions on capital investments by American citizens. Prior to that only accredited investors with annual incomes above $200,000 or assets over $1M (excluding the value of a primary home) were able to purchase startup shares, which were not publicly listed on a stock exchange [3]. Still, there are certain restrictions on the investments – for example, a startup cannot raise more than $1M over a year and people cannot invest more than a certain percentage of their annual income, typically no more than $2,000 per year for Americans whose yearly income is below $100,000 [3] . 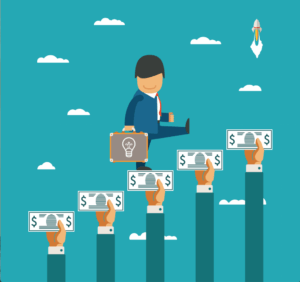 Traction: Viral growth has not yet materialized

Kickstarter, Indiegogo’s largest rival, announced that it does not plan to enter the equity crowdfunding space [4].

Trust: So far so good

Indiegogo is one of the most reputable crowdfunding platforms. It has more than 15M active monthly users and has raised more than $1B from its 8M backers. It is a synonym for innovative ideas coming to live through the support of its numerous backers who are ready to pay upfront for a perk or product that will be delivered later. Despite numerous issues in the past of products not getting delivered on time or at all, Indiegogo’s success numbers are quite promising: numerous campaigns have raised more than $1,000,000 including Flow Hive Honey on Tap ($12M+), Sondors Electric Bike ($5M+), Onagofly Drones ($3M+) and others. Hence, Indiegogo is probably one of the best-positioned platforms to enter this new space.

As a platform with a large user base and verifiable projects and entrepreneurs who list their ideas, Indiegogo is well positioned to enter the equity crowdfunding space. It already has automated many of the processes needed to raise capital and has solid customer service, compliance, and legal departments.

Indiegogo allows anyone who is 18 and above to invest a minimum of $100 per company. Funding amount is determined by the startups, which present a brief investment deck and will regularly update its investors on progress, milestones, and setbacks. As a platform, Indiegogo has not announced how it will profit from the endeavor, but it will likely be similar to its non-equity fundraising: it will keep a small percentage (typically 5%) of the capital raised and share that with MicroVentures.

Does this mean the end of VCs?

The power of the crowd is not to be underestimated. It is likely that regulation on the restrictions with equity crowdfunding will ease up in the near future. However, traditional venture capital investors have the experience and understanding of business models, deal terms, market dynamics, intellectual property, and, overall, what it takes for a startup to be successful. The LPs in a VC fund are aware of the timelines and risk that such investments require. While anyone can now take the role of the VC investor, it is unlikely that inexperienced investors will be able to secure the substantial amounts of capital that startups need to grow, round after round. Moreover, an equity crowdfunded startup might show great signs of early customer traction, this might not be a great indicator for a sound business model. Still, VC investments are able to provide the credibility that a statup has a higher chance of success. Of course, that is the case only until equity crowdfunding is able to disprove this with great stories of success.

Exhibit 2: According to Crowdfunder, VC investing dominates, but crowdfunding is gaining rapid traction (2015).

For companies raising capital, this is a great opportunity to engage their early adopters and bring together their communities. For customers, this is changing the way people engage with the companies they support. Democratizing equity investments is the first step on a long journey of leveraging the power of the crowd to fund a viable business endeavor. Only time will tell if Indiegogo will emerge as the leader in this space. But until then, you are welcome to check it out and become a proud shareholder of one of the featured businesses such as ArtCraft Entertainment (a multiplayer online game) or Republic Restoratives (a DC-based craft cocktail bar and distillery) [5].

The Travel Industry Should Be More “Crowded”

8 thoughts on “Equity investing for the masses: Is Indiegogo killing VCs?”