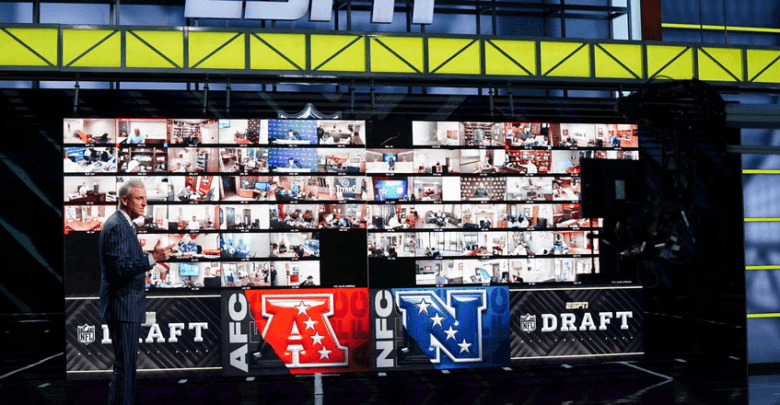 There are few industries that have been harder hit by the pandemic that Live Entertainment. The “Live” part has become effectively impossible. Sports stadiums, arenas, and concert halls do not come anywhere close to meeting social distancing guidelines at capacity. Besides losing nearly 25% of their revenue from the loss of gate / ticket sales, how do sports leagues continue to innovate and engage with their fans when they have lost (for the most part) their most impactful connection point? The most valuable sports and entertainment property in the US, the NFL, experimented with innovation in a few different ways this year.

The season wasn’t perfect, but the NFL moved nimbly and leveraged a variety of technologies to still deliver a strong product to its avid fan base during a season with numerous obstacles. The NFL Draft will certainly not remain virtual, but there are new aspects of the events broadcast that are likely to remain in years to come. Sponsors have long been craving a shift from traditional assets to more engaging, one-to-one digital experiences. The pandemic forced sometimes slow organizations to adapt or risk losing their contractual payments. Simulcasts that appeal to the younger generation have been discussed for years – but there has been little incentive to innovate when media contracts continue to escalate. The pandemic created a space and necessity to at least test SOMETHING or risk a full year of low engagement with the next generation of fans. Player Safety and Fan Safety were a hot button issue for both the players union and regular event attendees. The NFL’s necessary embracing of digitally enabled biometric tracking devices can pave the way for the continued adoption of such technologies benefiting the long term health and safety of their athletes and the fans in the stadium.

The pandemic decimated the sports and entertainment industry in the short term. It may, however, end up being a catalyst for change and rapid adoption of digital solutions to existing problems that leagues and teams have been slow to address, potentially positioning incumbents in the industry for more long run viability and value creation.