While I was home in Zimbabwe for the winter break, I saw how far my country had come from the days of record-breaking inflation, trillion-dollar bank notes and debilitating cash crises. How did we get past all that? There were many factors at play, but one that stands out is EcoCash, the digital payment solution that could eventually see the country go paperless!

At the height of Zimbabwe’s hyperinflation, the central bank issued a one hundred trillion dollar note 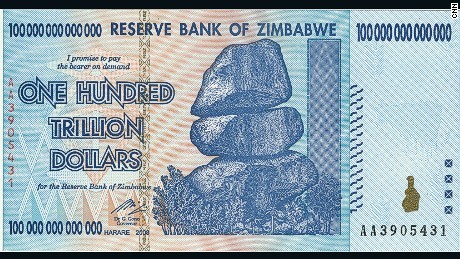 To set the context, let’s pick the story up from around 2009, when Zimbabwe’s inflation reached 80 billion per cent! A decision was made to stop printing the local currency and rather make use of a more stable currency, the US dollar. While the ‘dollarisation’ as it was called, addressed the inflation problem, over time, another issue emerged. Because there were a limited number of US dollar bills in circulation, the country began to face serious cash shortages.

Leveraging the country’s high mobile penetration rate (>95 per cent) as well as its market-leading position in the telecommunications sector, Econet launched this service to provide an alternative medium of exchange from physical dollars. Additionally, for Econet, whose growth in the mobile voice and data space had plateaued, EcoCash presented an opportunity for diversification. The solution offered to cash-strapped Zimbabweans was simple:

The revenue model was typical of that seen in the payments space. Econet charged users a 0.60-0.75 per cent fee per transaction for sending money and a 1.00-1.25 per cent fee for cashing out.  as well as for cashing out. The service also provided the option to send money to unregistered users although this attracted a fee approximately 3x that charged for registered users.

EcoCash was an instant hit. In a little over two years, the service registered 31 per cent of Zimbabwe’s adult population. This provided a strong basis to begin adding merchants to the platform as well. By July 2017, EcoCash boasted 30,000 agents, 6.7 million subscribers and 27,000 merchants and had facilitated over USD 23 billion in transactions. The service also drove financial inclusion with the percentage of adults with access to formal financial services having increased from 38-72 per cent since its launch. With an 80 per cent share of all financial transactions, EcoCash had effectively become the largest financial services provider in the country. Within Econet, the service had enabled some progress towards reducing reliance on traditional revenue streams, and accounted for ~16 per cent of revenues. 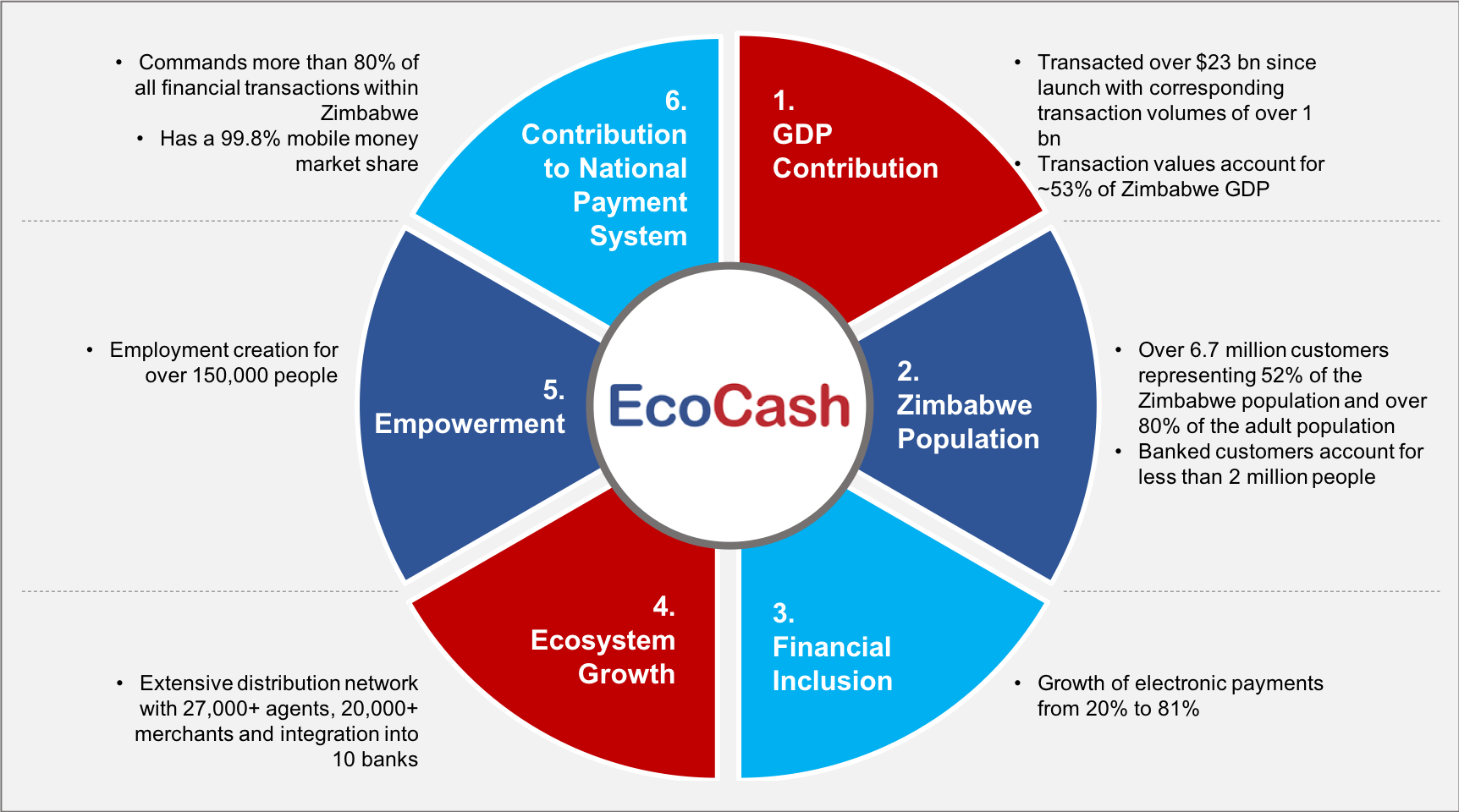 If EcoCash was a winner, who was the loser?

The banks were slow to catch on. They started off in denial, believing that their customers would see EcoCash as a duplication of a bank account and thus, have no use for it. When it became clear that this was not at all the case, they sought support from regulators to block telcos from offering financial services. When that also failed, they took an ‘if you can’t beat them, join them’ approach and tried to launch competing products but they had already missed the boat. The only option left was indeed to partner with EcoCash. Most of the banks now allow their customers to transfer funds from their bank accounts directly into their EcoCash wallets for a 1 per cent transaction fee.

Going forward, Econet intends to continue building on EcoCash’s success to date, by expanding its reach while also offering new product and services through the platform. However, this will not be without its challenges. Merchants whose businesses rely on imports for example, have held out on adopting the service as it is difficult to get cash out to purchase and replenish inventory. Further, some agents are reported to be abusing their power by charging inflated transaction fees. Finally, with the country having recently undergone a change in leadership with new stated commitments to restore the economy, could it be that cash crises would become a thing of the past and erode the need for solutions like EcoCash?

In spite of these risks, the team at Econet remained resolute. Could Zimbabwe be on a path to becoming Africa’s first cashless economy?

Not just Nokia – Another mobile phone loser in “Galapagos islands”