Currently, my impression of Dropbox is that it is losing. While Dropbox had an impressive rise to scale (so much so that we studied it in RC TEM last year), their competitiveness seems to be dwindling. CloudRail, a company that provides integrations to API’s for developers, published a report on cloud storage in March of 2017. According to the report, “Dropbox massively lost users to Google Drive, OneDrive and Box over the last 5 months.”1 This isn’t necessarily shocking, given founder Drew Houston’s thoughts on whether Google was a threat:

“…They think that PCs in their current incarnation, with local storage, will disappear as the cloud takes over. But with the grandeur of their vision, trying to move everything to the web, Google is not solving problems that real people have today.”2

It seems that “today” has now become tomorrow and Google Drive is now seemingly addressing the consumer’s needs. Dropbox is now focused on it’s enterprise offering to differentiate itself, but this space is also crowded and fragmented- it does not appear to be a “winner take all” market.3

To start winning, Dropbox needs to take a different approach to the next technology wave in its domain- blockchain. Blockchain’s main proposed advantages are increased security, privacy, and decreased cost through removing the centralization of the storage of these files from providers like Amazon. Instead, the blockchain allows for the storage of these files on user’s own computers, without the need for servers, fully encrypted.  When you consider the rise of high profile hacking incidents and the growing market for cybersecurity, removing the lone targets for the hackers makes a lot of sense.

Blockstack, a public benefit corporation whose mission is to “enable an open, decentralized internet”(Note a) provides an overview of the concept of their decentralized file storage system, Gaia, in their whitepaper. 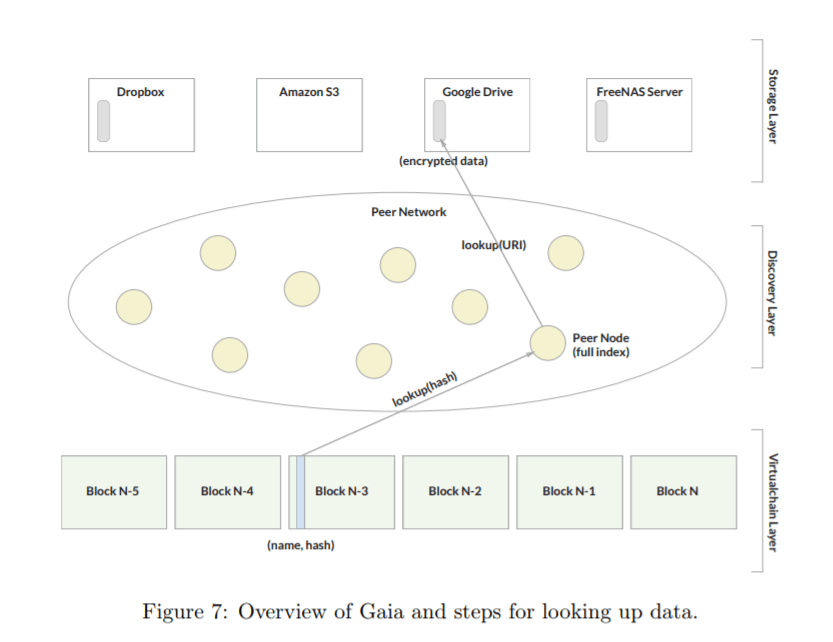 While many assert that the technology is still in its early days, there are already several companies utilizing blockchain for decentralized cloud storage- Storj, Sia, Filecoin, and Maidsafe. Read more about them and their different offerings in Seline Jung’s Medium post.

Given the number of entrants already (and supposedly Storj already landed its first Fortune 500 company4), for Dropbox, they may be too late. After some initial research/brainstorming on the topic I came across this insightful piece on Cointelegraph.com by Allen Scott- written in December 2014. Even three years ago, Storj was already beating Dropbox on the cost metric: 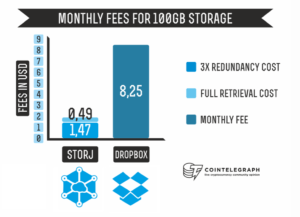 While Dropbox, a company founded in 2007 and reportedly planning to go public this year5 does not seem to be the classic example of an incumbent facing an innovator’s dilemma6, Shawn Wilkinson, founder of Storj sums it up perfectly:

“Yes, Dropbox would benefit greatly from increased security and reduced cost. But at the end of the day they are a profitable billion dollar business so I don’t see them making any major changes in their business model anytime soon.”7

Note a: While the focus of this blog post is on the application of decentralized file storage, many of the players in this space (like IPFS) are focused on a broader goal of a decentralized internet or distributed web. This is basically what Richard talks about in the last season of Silicon Valley.

A community digitally comes together to save Community

In a Digital World, PTC is a real winner.