Drone Racing League (DRL) is perhaps as close as humanity has come to the ‘Pod Racing’ seen in Star Wars. Its a fusion of video gaming, virtual reality, and Formula 1 racing. DRL Pilots put on their VR helmets and enter a first person view of custom built drones that can fly at over 80 mph. These Pilots race through breathtaking courses in stadiums, abandoned warehouses, and buildings. The capabilities of these drones allow the league to produce stunning media content unlike anything seen before. Here is a video of a race through the Miami Dolphins Football Stadium:

Founded in 2015 by HBS alumni Nicholas Horbaczewski, DRL has signed partnerships with ESPN, Fox Sports, Swatch, and the U.S. Air Force (1). The company has raised $21M in funding from strategic investors and VC funds (2). DRL is leveraging a multi-faceted strategy of media, content, sponsorships, and technology to scale up their platform business. And fans are watching. “The league, which airs on big networks like ESPN and Sky, says it reached an audience of more than 30 million viewers during its inaugural season last year” (3). The league has ~ 750,000 Facebook, 85,000 Instagram, and 33,000 Twitter followers.

First, a little about the market. According to Business Insider, “Consumer drones are drones purchased by individuals for noncommercial and nonprofessional purposes. BI Intelligence expects consumer drone shipments to hit 29 million in 2021, which would indicate a CAGR of 31.3%.” (4).

DRL is capitalizing on the popularity of drones, newfound interest in virtual reality, and the emergence of eSports as high growth market opportunities. They have implemented a unique strategy to grow their platform: 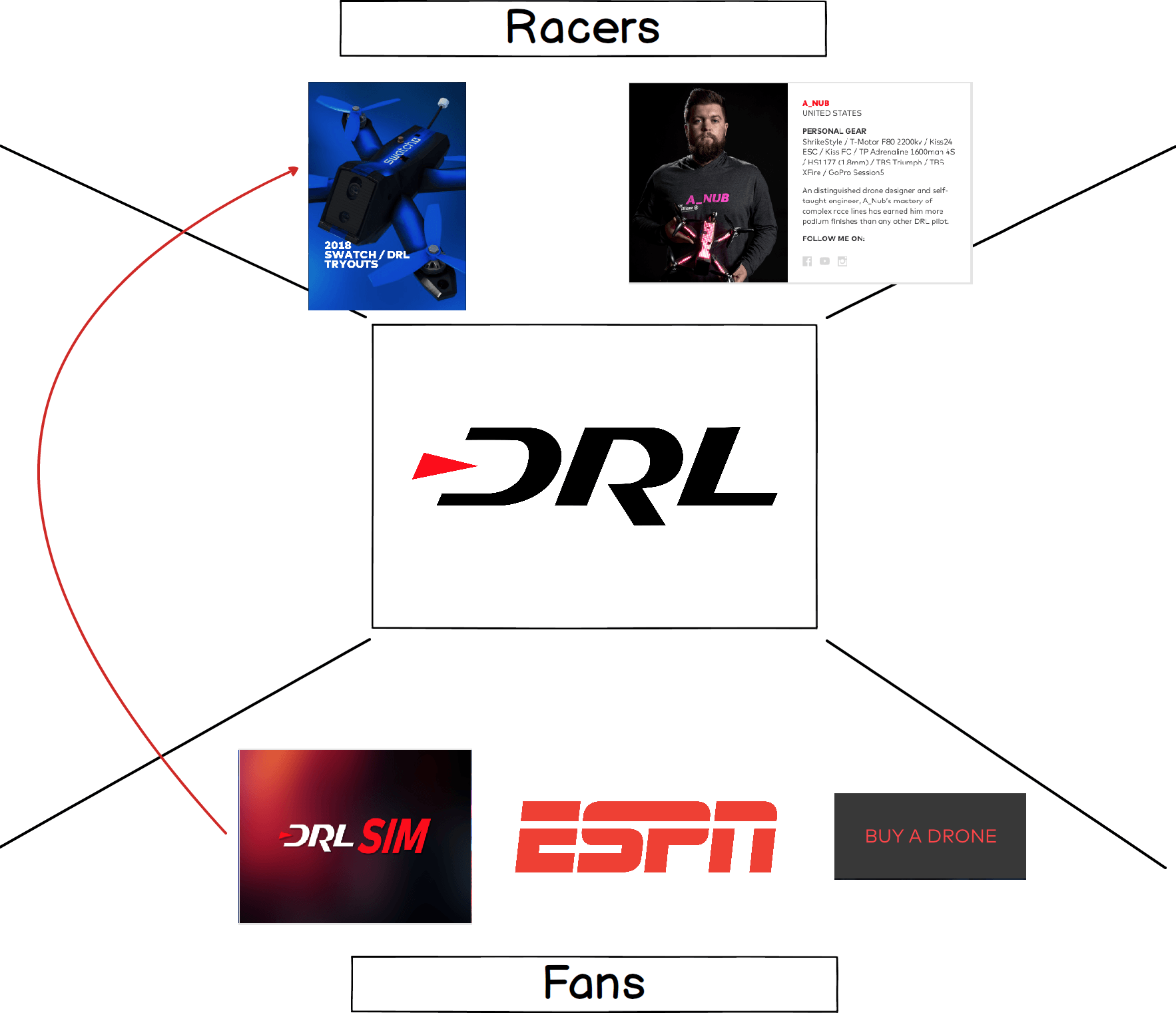 As depicted above, the DRL platform has two sides: one is the consumers of the content and the other are the Racers. The monetization strategy of DRL is similar to other sports industries. Viewers tune in to watch their favorite racers compete in high stake competitions for prize money, and advertisers pay to promote their brands to these fans. Secondly, DRL internally builds its own high speed drones, and sells drones through their website (they also sell gear).

DRL’s strategy to fuel scaling its platform business is fascinating. The high-fidelity custom drones built by DRL for these races are expensive (and currently unavailable to the general public). Secondly, the types of courses built by DRL for these races are not accessible to novices. Thirdly, having VR glasses that link to a first person view of the drone is another expensive requirement. This would seemingly pose as a major barrier to growing a community of dedicated fans because they cannot easily participate. However, DRL has turned this seeming challenge into a scaling opportunity by developing a course simulation video game. On DRL’s website, anyone can download a free simulator that lets users practice and fly drones on replicas of the tracks the pros are racing in the league: 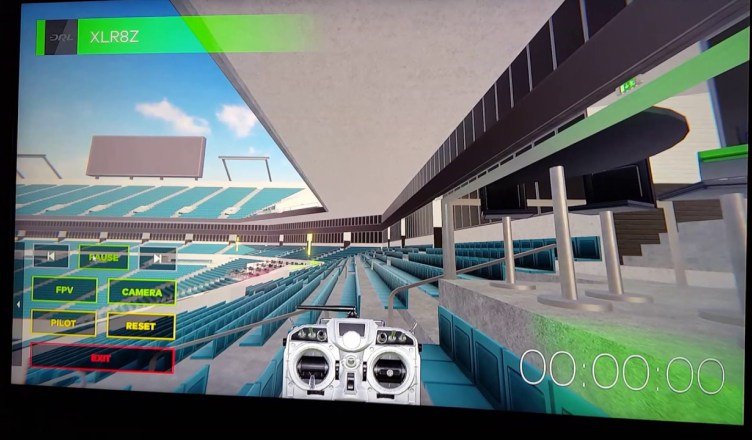 By doing this, DRL is building competitive competencies in drone innovation / manufacturing (their high speed drones are proprietary), video game development, and sports/media entertainment. They are also fueling their own platform. As shown in the diagram above, racers in the simulator can participate in online competitions. Winners of these competitions are invited to compete in the real league and have an opportunity to become professional racers for the league. With the DRL simulator, the user only needs a video game controller to become an avid racer and have an opportunity to refine their skills and (maybe) go pro.

Of course, only time will tell if Drone Racing will be a major sport of the future. DRL is a frontrunner in this opportunity and I personally look forward to seeing how fast they can fly.

Opendoor – a new platform marketplace for home buying in the US

Grubhub – Easy for the customer, hard for the restaurant?