Disney is one of the brands well known in every part of the world. Mickey Mouse, the most valuable character along with many others that appeared in a hundred years of history, is delighting customers and consistently enabling the brand power of entertainment company to grow. Has it been ever associated with data or consumer business analytics? I wouldn’t say so, however, a team of over 120 data analysts is doing a great job across many lines of businesses for more than two decades.

It has been now a classic example demonstrating the success of data analytics applications to manage entertainment events and businesses. The first area where business data analytics was impactful is a revenue management system. It has been applied to manage dynamic pricing of “The Lion King” show at Broadway, which eventually has generated more revenue than any other Broadway show ever. As can be seen from the comparison of revenues in the first 15 years, many of the show in general experience growth but only “The Lion King” grew exponentially. There were many factors that contributed to the rise of a show: 1)  first of all, the show is actually great, along with 2) the perfect location of the event, 3) growing rates of tourism hitting record number and 4) marketing right in the middle of Times Square that tourists can not miss when they do their stop. However, the setting prices strategy was similar to other shows or even the average price was never higher than shows, so what made it possible? The dynamic pricing approach and tools which were built in a similar way to other industries such as airlines and hotels activated many other factors that made it possible. 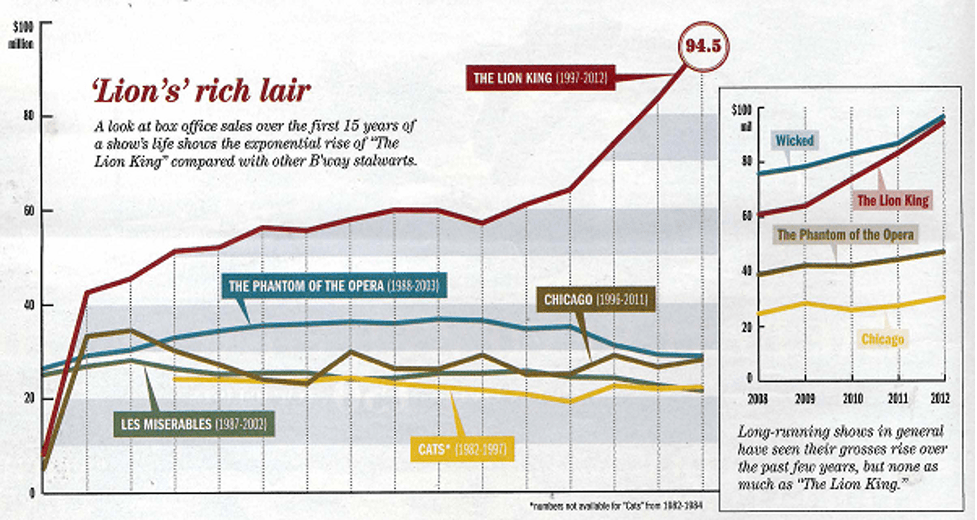 The weekly Variety has defined two main factors: “First, the range of prices across the theater is set according to an estimate of the demand for a particular performance, based on the 15 years of past (box office) from which to extrapolate annual trends.  Second, after tickets go on sale, Disney re-examines each (performance) to see how demand is shaping up in reality, and then tweaks pricing accordingly.” It means tailoring and personalization in pricing consider factors such as box office reactions, customer feedbacks, weather, the number of people in queues and specific times of the day, and so on.

Let’s have a look at other business lines of Disney. The corporation integrated data analytics in the theme parks of Disney World to make more customized and superior entertainment possible. It all started from implementing MagicBand wearable wristbands which allowed a friction-free visit of parks along with collecting valuable data about customers’ experience. The band serves multiple purposes starting from the Fastpass+ reservation tool which customizes experience before visiting the park and serving as a parking tool, a room key, a payment card. The reservation tools allow customers to avoid lineups and provide personalized routes in the park. On the Disney side, it allows gathering behavioral patterns through data which allows defining where customers spend the majority of time. Geo-targeting is another function that allows delivering services knowing the current location of customers. The algorithm predicts where and when the family will sit for dinner so the kitchen staff can start on the food the family ordered earlier. Since it was invented in 2013, the MagicBand allowed accommodating 3,000 more visitors per day, whereas on Disney’s side machine learning can better allocate 80,000 employees across 240,000 shifts each week.

Another application of data analytics emerging recently is measuring the reactions of viewers while watching movies either in Disney+ streaming service or in movie theaters. Since it was launched in 2019, Disney+ has 50 million paid subscribers enjoying Disney, Marvel, Pixar, Star Wars, and National Geographic universes. It is not something radically new as it replicates analytics measuring consumer behavioral data introduced on competitive streaming services such as Netflix away before Disney+. 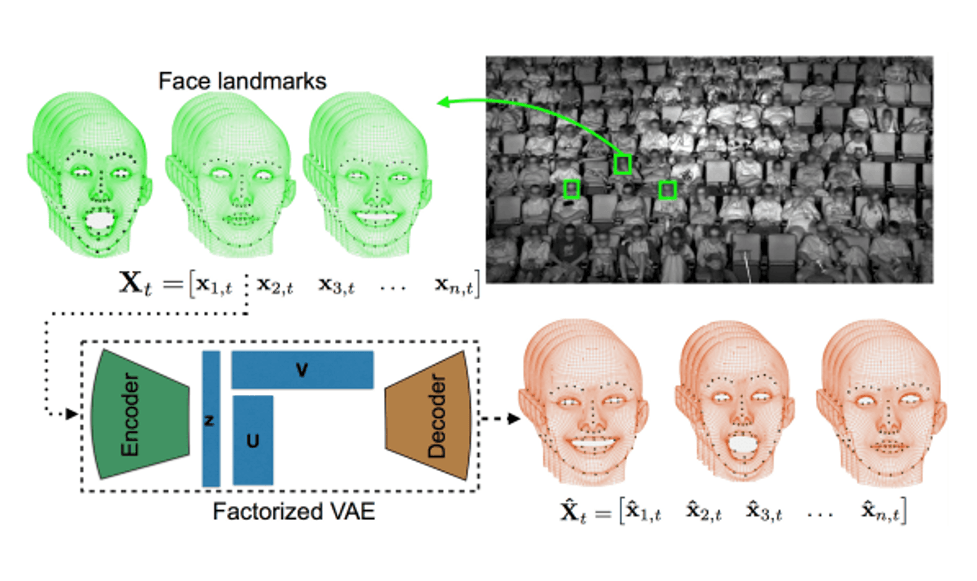 Disney Research is having developed and now experimenting with a neural network that has been trained to watch an audience in movie theaters. It is capturing the facial emotions and reactions of viewers such as smiling or laughter at an extremely more granular scale. After it was tested in 150 shows, it has generated 16 million data points measuring reactions of 3,179 people. Further on it will allow content providers to dynamically reshape and adjust content to our liking. Imagine if it is brought to Disney parks to measure interactions of visitors with movie characters or even with vending machines or in food restaurants.

With all these data captured after your first experience with Disney World, the sales and marketing teams will be able to prepare and send personalized offerings for your next visits. Comparing to relatively small investments ($1 bln.), would they be able to continue generating revenue with all data being captured. Would people be willing to share data at scaring level of granularity? How the company is going to recover from the pandemic when all parks were closed?

“Disney’S Next Movie Could Be Watching You, Too”. 2021. Fast Company. https://www.fastcompany.com/90134144/disneys-next-movie-it-could-be-watching-you.

BCG – Putting Data at the Forefront of Consulting Services