Agriculture has been at the core of human history for thousands of years. It was what triggered the transition from nomadic to sedentary life and gave rise to the first cities and civilizations. Thousands of years afterwards, it is still playing a central role in modern world, where although the number of people depending on agriculture directly has been going down dramatically, production and crop yields are still a matter of huge debate.

Nowadays, the vast majority of farmers in the developed world have adopted modern technologies to support their operations and the benefits have been clear. Farmers have been producing more food while minimizing their environmental impact. Additionally, in a business where land is becoming more scarce, the ability to increase yields plays a fundamental role in keeping the amount of arable land productive. This has supported the growth in agricultural output despite the fact that arable land has remained constant during the last 60 years. 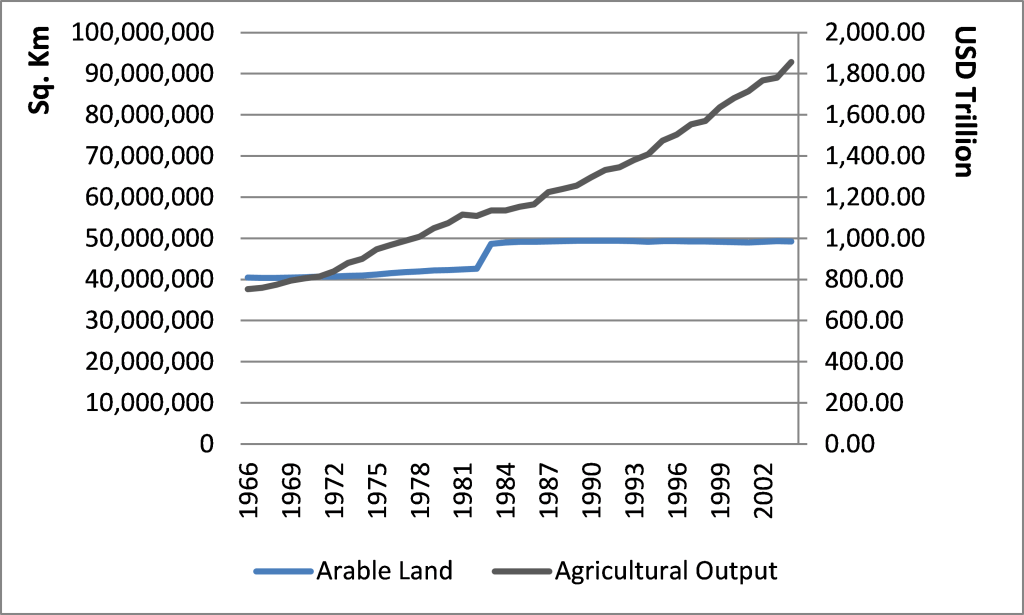 Still, in emerging economies the proportion of rural population is considerably higher, leading to a higher dependency on farming. In any given emerging country there are millions of small farmers whose land ownership does not exceed 10 hectares and cannot afford sophisticated equipment and capital expenditures. Given this, the return they get on the piece of land they own is low and their contribution to the overall output lags behind. To illustrate the above, let’s consider an alfalfa hay grower in Chile. The average cost of land of a “ready to produce field” is around US$40,000/hectare; costs of setting up the field are roughly $1,000 per hectare. Taking in count cost of machinery (only viable for lots of 20 hectares and above) the overall investment reaches $100,000. A rural farmer, whose income is less than $12,000 per year, is absolutely incapable of undertaking any of these investments. If they manage to find the equipment as many do (collaborative approaches, sharing, etc.), their yield reaches about 300 bales per hectare which at an average price of $6 per bale allows them to only pay back the costs of sowing during the first year. Given the 3-4 year cycle of the crop, the available cash after the whole term reaches around $10,000. The return on their real estate is 6.2% per year. In light of this reality, what ends up happening is that they usually seek employment in nearby industrial production centers, where they get the same money as a salary and avoid all the risk and pain of the entrepreneurial path. Additionally, land ends up idled.

On the opposite side, an “industrial farmer” who might undertake 300 to 1,000 hectares achieves yields around 700 to 800 bales per hectare. Following the math around $4,000-$5,000 per hectare of profit, which in 4 years and taking in count the sowing cost plus the amortization of equipment delivers returns around 10-12% on the real estate at a very low risk. It is worth mentioning that there is a wide range of crops that are exposed to this dynamics: Alfalfa and Soy are two of the most popular.

Now, where crowdfunding could play a role here? Given the economics, if a knowledgeable operator could put together a piece of land above 60 hectares, paying the land owner a fair market rent of $1,000 per hectare and base salary to take care of the minimum requirements of the field after sowing, the field could reach the 700-800 bale yields. This would generate an additional income for the farmer that would considerably improve his financial situation and deliver returns to the operator’s capital of above 30% per year (Rent + Variable Costs + Machinery of about $1,500 per year).

So what is preventing this from happening? There are two main reasons. The first one has to do with a cultural barrier, what is called the “farmers pride”. No small farmer will ever lease his land to the “big neighbor”. The second one has to do with the limitations those middle managers and people with technical knowledge have to overcome to become operators. But from a crowdfunding perspective, if one might put together a group of 20 to 30 small investors contributing from $3,000 to $5,000, the operator could overcome the cultural bias that “big neighbors” can’t and deliver returns to capital contributors above what any other investment opportunity would. At the same time, it would improve considerably the farmer’s economic situation and the efficient use of arable land. Clearly, a deal that works from an economic perspective and also generates huge social returns. This model has already been proved in the Argentinean soy industry and what started as small agribusiness investment funds has been growing to reach thousands of productive hectares and double digit returns to retail investors.

Note: Source of financial figures and market prices for hay and cost of production haven been researched from ODEPA (Research and Agrarian Policies), an agency of the Chilean Government (http://www.odepa.cl/estadisticas/productivas/)

Who’s Down to Help Google Categorize How You Spend Your Time Offline?

Student comments on Crowdfunding in Agriculture: Feeding the World