Mobile gaming is the new trend that many gamers are following nowadays, and Clash of Clans is one of the most popular titles available. Following a “Freemium” model, this game reports more than $1 million dollars per day to its developing studio – Supercell – and has reached a scale of about 100-500 million installations and more than 2 million daily players.

With a product design meant to attract both casual and hardcore gamers and an online multiplayer battle system, this app has caught the attention of millions of users who play daily and also bring friends to the platform to play with them in their “clans”. In the game, players build a village from scratch and troops to defend it. Once in a clan, players can help each other with troops and can share replays of their battles against other players in the network. This is when direct network effect are most visible, given that the presence of new players enhance the gaming experience for current players and make the game more attractive to play. 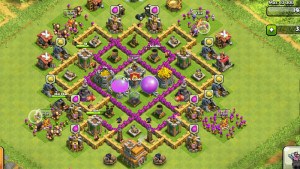 The game, makes its money by offering optional items (i.e. Gems) through apple store/google play. Although this items are not strictly necessary to move on in the game, they greatly help players to advance faster and catch up with other friends that started before them. 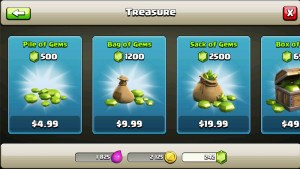 The popularity of this game has been so big, that new external sources of revenue have appeared to capitalize on this success, generating indirect network effects and enhancing the in-game experience for current users. Hundreds of blogs, youtube videos and even apps have appeared to offer strategies, hints and even free gems to users. A clear example is Chief Pat’s Youtube channel. With over a million subscribed users watching his weekly videos, he earns over $100.000 a year for his content plus “sponsorship” from advertisers to buy in-game items, transferring part of the advertising revenues to Supercell. 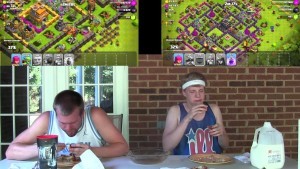 Besides the effects on current users, these third parties generate tons of “free marketing” for the game by filling social networks with shares of their posts and videos. This certainly contributes to increment the current user base making this a virtuous cycle for them, the studio and the gamers.

Many game studios have tried unsuccessfully to introduce similar games to the market in the last few years. They offer very good design, faster improvement of villages, and cheaper in-game items that Clash of Clans, but is just too late. Being a really addicting type of game, users usually only have time to spend on of them and they have already chosen. Once you have all your friends playing with you in a game that updates and offers new things from time to time, there is no reason to change!

This speaks to the importance of achieving scale quickly when in presence of network effects. Clearly, the platform that gets most of the market share will generate more dependency on it through the network effects exposed before making it costly for the users to substitute even if better products are introduced by the competition (start over, make your friends follow, etc).

As seen in Clash of Clans, the network effects also allow to create value for users and also for 3rd parties which in turn will capture value from advertisers and transfer part of it to your platform.

Although network effects help your business to achieve scale and earn revenues at a fast pace, being the first to achieve scale is critical for sustained success. This can be done through a very solid/addicting product, with “Freemium” revenue models and of course, with marketing. Once the scale is achieved, a focus on updating the product offering by copying good ideas and/or incorporating users’ feedback, should be enough to keep on with a very successful formula.

Student comments on Clash of Clans: Network effects and stickiness in mobile gaming