Citizen App, is a mobile app currently available for user generated incident and crime reporting. Marketing content for the company paints a vivid picture of their vision and many videos have over 4M views on social media:

An emergency call comes over police scanners about a child abduction in NYC. Citizen App users in the immediate area are sent an alert asking users to look out for a Green Honda Sedan. These same users are asked to enable live streaming if they see a Green Sedan in the area. Videos begin emerging in real-time, streaming video about the vehicles location. This information is fed directly to law enforcement who are able to locate the vehicle after it pulls into a parking garage. Law enforcement apprehend the suspect and a notification is sent out to Citizen users that the child has been recovered.

Citizen’s mission is to create a platform that encourages ‘Citizen Policing’ and they “believe everyone has the right to know what’s happening inside their communities in real time, and that transparency can drive change for the better.”

In terms of driving engagement, Citizen resembles Snapchat and other social media platforms whose interfaces are designed to be friendly and encourage engagement. 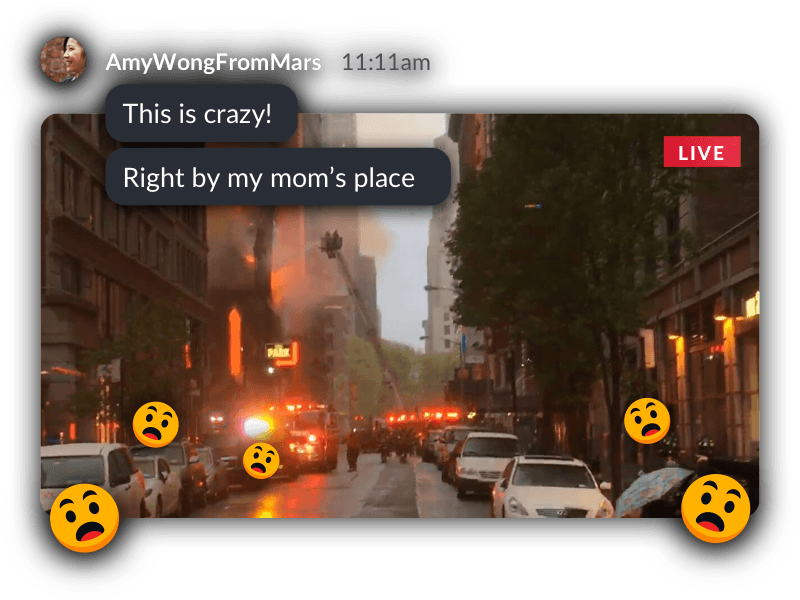 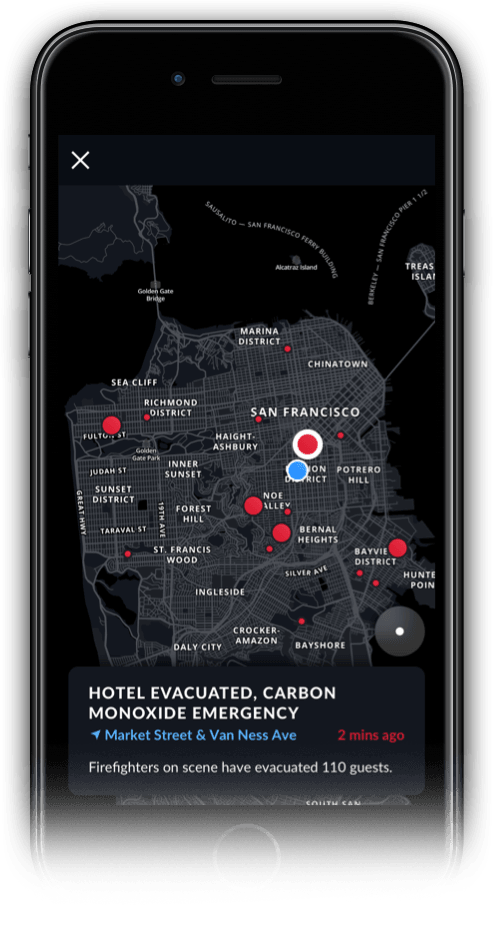 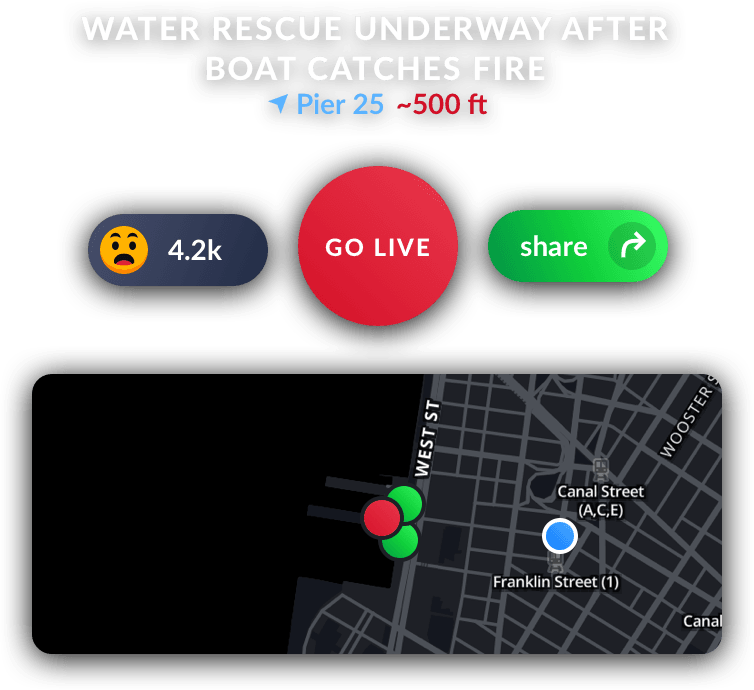 As the images above show, users on the platform see a map of their respective cities with hot spots for current reported crimes. Users can comment on live video streams in real time with comments, emojis, and other information. If a user is near the event, they are encouraged to ‘Go Live’ and stream video to the platform which can be viewed by others in real time. To further drive customer engagement, the platform asks the users to allow for real time alerts to notify them when crimes are being reported within a certain distance from their current proximity.

In terms of managing the community, Citizen claims that every reported incident is reviewed by their team in real time and it is confirmed by scanning police radio before being made public. This seems like a crucial step, because sending out a fraudulent alert about a terrorist attack could literally generate panic. This point underscores why Citizen is such a fascinating case study in Network Driven Crowdsourcing Platforms and some of the major challenges it faces. Mainly, there is heated debate about whether this type of technology a good thing for society. Citizen’s mission has been extremely controversial and has received major pushback from law enforcement and other sources despite raising over $12M in funding from reputable VC funds including Sequoia.

Citizen has actively promoted cases studies on its Medium page to promote the efficacy and positive impact of this platform. One case study focuses on the attempted Pipe Bomb attack on Times Square on 12/11/17. According to the case study, At 7:20 am a pipe bomb detonated near Times Square in the port authority bus station. By 7:23 (3 minutes later) the Citizen App had sent notifications to 627 users within a 5 mile radius of the attack. By 7:31 (12 minutes after the blast), users of Citizen were live streaming the events outside of the terminal and this live stream was pushed to over 7,000 users within a 1 mile radius. The reactions on social media were overwhelming positive and thankful. With no question, these alerts reached the individuals that were most likely to be in danger far faster than traditional news reporting could have. (1)

Citizen, is actually the second iteration of this product. The initial product was called Vigilante and according to TechCrunch, “The controversial crime reporting app was kicked out of the App Store in November shortly after its release because Apple believed it encouraged private citizens to engage in, well…vigilantism.”(2). Also according to TechCrunch, Vigilante received  massive pushback due to “concerns that the app encouraged vigilantism, racial profiling and generally unsafe behavior.”(3). These concerns do seem valid given reported incidents of Vigilante users approaching individuals engaged in crimes such as assault or locations of robberies. Secondly, law enforcement voiced concerns about police officer safety with live streaming of crimes in progress. As Gizmodo puts it, “It’s something which has no clear path to monetization, but does run the risk of sending rubberneckers to get themselves whacked.” (4) For sure, these concerns beg the question of the consequences and accountability if a Citizen user is live streaming an incident and is directly hurt or their actions lead to injury of police officers or others. What happens if a user interferes with a crime in progress? These concerns have validity and Citizen does appear to be making efforts to discourage this type of behavior. For example, Citizen reports on their website, “Citizen excludes vague complaints of “suspicious persons” or “suspicious behavior,” in order to avoid instances of racial profiling.” However, some of their literature may be seen as more controversial including, “Citizen’s mission is to keep people out of harm’s way, rather than putting them in it. We also believe that people are fundamentally good, and that many people will seek to help others when they are capable. Case in point: in April 2017, a Citizen user intervened to free a baby from a locked car after being notified by the app. By giving people better access to public information around emergency incidents, we want to empower users to stay safe and informed, and to also look out for each other when appropriate.”

In terms of value capture, it is not yet clear from public information about how citizen intends to monetize. There are instances of videos captured by Citizen streamers being utilized by other news outlets. This strategy of monetizing the user generated content aligns with the companies Terms of Use which stipulate: “By submitting, posting or displaying Content on or through the Services, you grant sp0n a worldwide, exclusive, perpetual, irrevocable, assignable (without consent), sublicensable (without consent and through multiple layers of distribution), royalty-free license to use, copy, reproduce, exploit, create derivative works based on, process, adapt, modify, publish, transmit, display and distribute such Content in any and all media or distribution methods (now known or later developed).” (5)

It appears that Citizen as a platform has major growth potential. Today, the platform is only operating in NYC and San Francisco. According to Buzzfeed, “Citizen claims to have approximately 250,000 people using it each month and has sent a total of 26.5 million notifications, Artz said. It plans to expand to several cities this year.” (6) In terms of scalability, the requirement to confirm incidents and reports before sending alerts could pose as the platforms largest bottleneck to growth. As discussed earlier, the consequences of a false report can be too massive.

Is Citizen Policing the future? If so, the ethical questions about safety and responsibility must be worked out by our laws, society, and law enforcement agencies.