China Literature is the leader in the online literature market in China. It is an online platform that connects writers and readers. As of June 30, 2019, China Literature had approximately 8 million writers, 12 million online literary works, and 217 million monthly active users.

The company established an ecosystem comprised of writers, readers, and content adaptation partners, which allows the company to manage the entire life cycle of the content, from creation to distribution to adaptations. Its model is like that of Disney because of its capability to enable the creation of original content and the distribution of content to a wide audience through literature and content adaptations into various entertainment formats such as films, comics and games. There’s a virtuous cycle of this business model: more writers (i.e. content) means more readers will come to the platform, which will then in turn attract more writers; the more the readers there are, the more content adaptation companies will want to partner with China Literature. 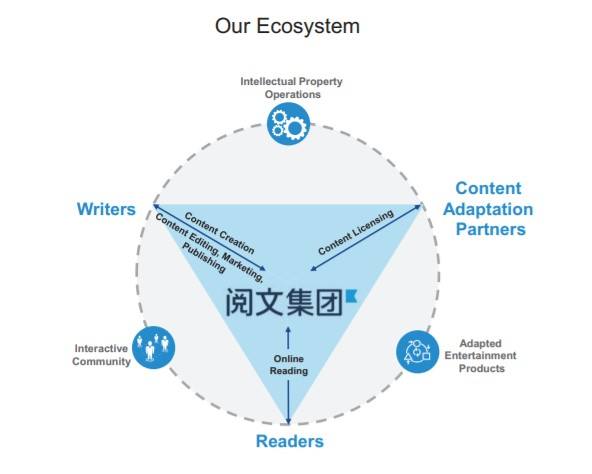 The writers range from established online authors to amateurs who write on a part-time basis for fun. A majority of online literature writers are also online literature readers. The barrier to entry for novice online writer is generally lower than that for an offline published writer. A new writer can simply register on the company’s platform and share his/her original literary work. 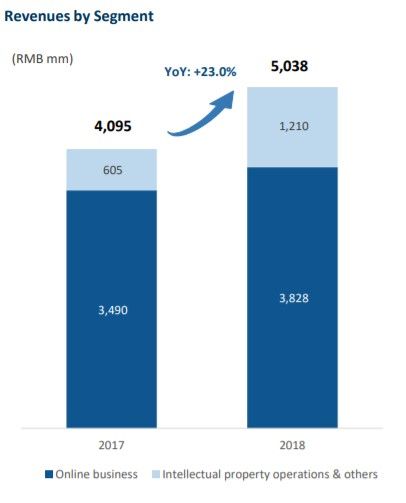 How it creates value?

Vibrant and interactive community: The platform is highly engaging and interactive among the community of readers and writers. Readers can comment on a literary work or a specific chapter to provide feedback or ask questions. They can also give virtual item rewards or red packets to writers to encourage writers to create more content or reply readers’ comments timelier. Writers can read comments and answer questions. This interactive process is a great way for writers to gather feedback from readers, refine story-lines and write content that satisfies readers’ demand. It is also an effective way for readers to stay engaged and develop more personal relationships with writers. 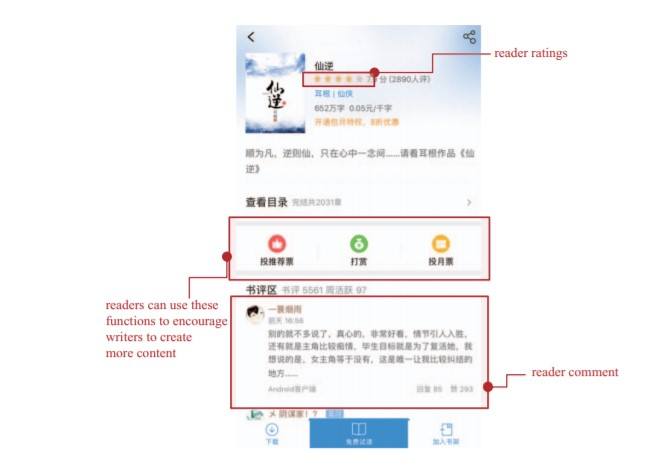 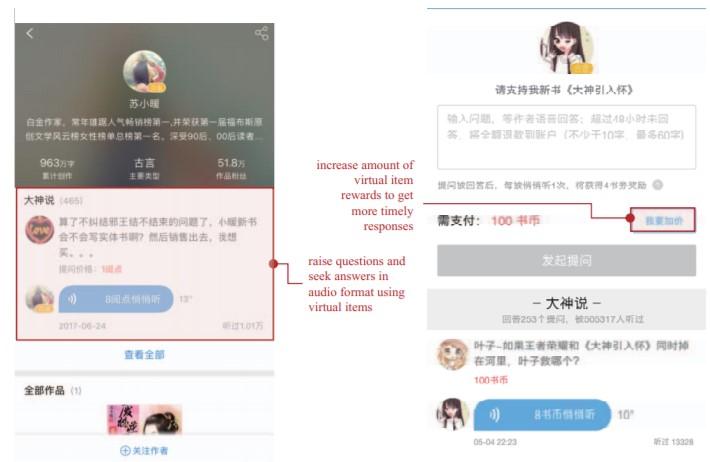 Support system for writers to succeed: It is a platform with great commercial potentials for writers. While the platform is open to all writers from all levels, it focuses on discovering and cultivating the talent by providing them with the support they need to succeed. In order to retain successful writers to the platform, China Literature often has exclusive contracts to share profits from selling content or licensing IPs with the authors. Successful writers on the China Literature platform enjoy both great recognition and higher income. Many who started off as an amateur writer writing part-time become so successful over time that they write exclusively on the China Literature platform as a full-time career. In 2016, the average income for top ten online literature writers (RMB 32 million) is almost twice as that of offline publication writers (RMB 17 million). 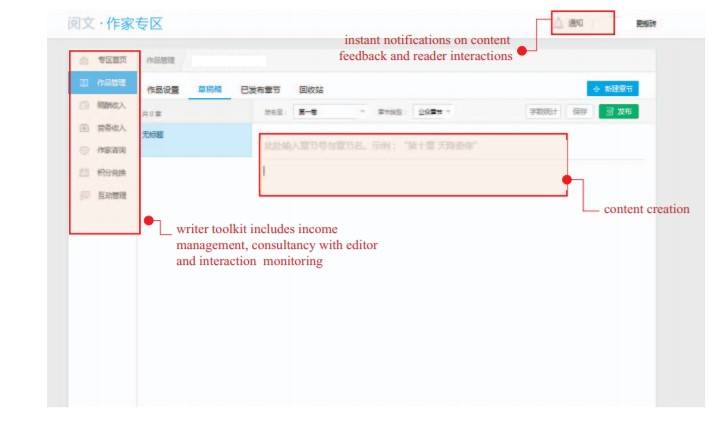 Creation of a new market: China Literature is the pioneer in online reading. Different from the traditional publishing model (the predominant model in North America and many parts of the world), this online literature model is more vertically integrated as the publishing and distribution of content are controlled by the same company. China Literature helped shape a new sector in which talented writers can be discovered, nurtured and rewarded monetarily through a non-traditional method.

Extend monetization lifecycle of content: China Literature generates value not only from the standpoint of literary content but also from content adaptations. Because of its understanding of the online literature sector and readership data, it has insights into sourcing the most promising literary titles for developing derivative entertainment products (films, TV shows, games, etc.) to maximize the titles’ reader reach and monetization potential. Popular IPs have an existing large fan base and can shorten the production time as story/characters are already developed. These factors lower the risks for studios to invest capital. In 2018, the company licensed 130+ titles for adaptations.