On March 12th, the NBA postponed its season. NCAA’s March Madness was cancelled soon after.  Golf tournaments and tennis majors that have occurred annually, uninterrupted since WWII, have been cancelled.  The Tokyo Olympics has been postponed until 2021.  And of course, America’s pastime, the MLB, was supposed to have opening day on March 26th.  The sports world – an industry that defines itself by large crowds and social gatherings – has been completely upended by the COVID-19 pandemic that requires social distancing and group size limits to fight its rapid spread.  And yet, the NFL Draft this past week had record viewership (1) – a strong indication that, as people are forced to shelter-at-home, they are desperate for any live entertainment, especially ones that can create some sense of normalcy (even despite Roger Goodell running it from his basement).  So how do live sports leagues adapt to a post-COVID world where there is clearly demand for their product, but their product historically conflicts directly with the measures necessary to save lives from the virus?

Given 1) I’m a big Mets fan; 2) this was obviously “our year” (I won’t hear any arguments otherwise…); and 3) I’m therefore very ready to get the season underway, I’ll focus on the MLB as a case study for how the sports world can use digital innovation to adapt and succeed in this new world order.  Baseball also has the advantages of requiring much less contact than some other sports, is already back to being played in South Korea, and has proposals in place for how the season could work in the U.S. (leagues in Arizona or Arizona / Florida / Texas), so should serve as a prime example of how this is possible (2).

So what aspects of the game should the MLB be most focused on adapting in this post-COVID world?  First, there are the revenue generating areas that have been impacted, but can be modified to, not only make the league successful in 2020, but might offer glimpses into potential revenue sources well into the future.  Second, there are the logistical elements that will specifically need to be solved to keep players and staff safe as the world continues to fight this virus. 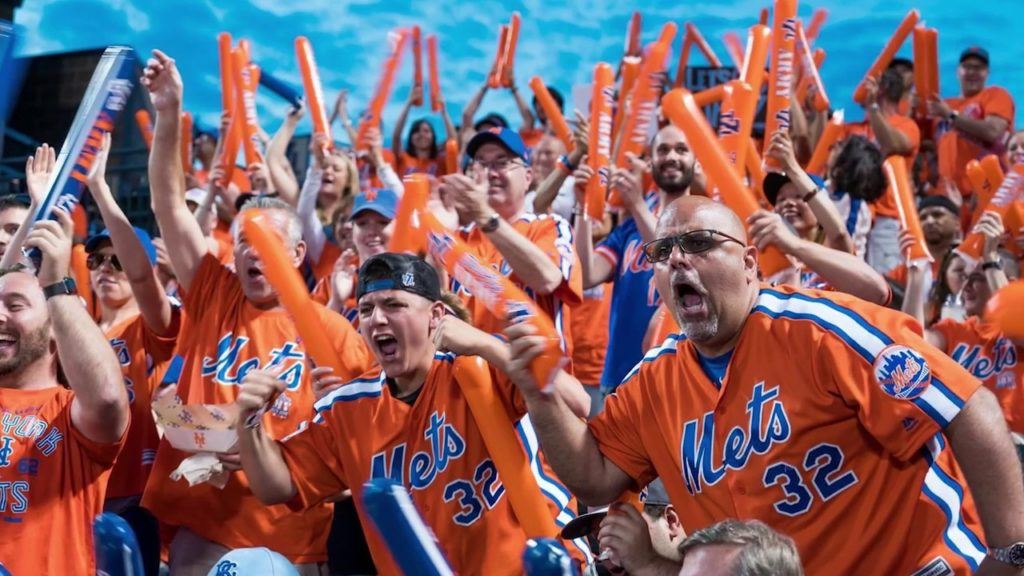 Obviously the atmosphere and energy of sporting events are the reason fans (and sometimes even non-fans) will pay top-dollar to attend a game.  Approximately 30% of the MLB’s revenue comes from ticket sales, but that number has already come down from almost 40%  over the past 10 years (3).  This is all while MLB revenues have continued to increase at record rates due to media rights and sponsorship deals (4).  So declining crowds are an issue the MLB faced even before COVID came around, making this a chance for the league to adopt changes that might have already been inevitable and can create greater opportunities for long term growth.

People already essentially pay to watch games even when not attending games through their purchase of cable subscriptions or specific subscriptions to watch their teams through MLB.com.  However, the league can look to make experiences more interactive from a digital perspective – examples include letting viewers purchase upgrades to view the game from the perspective of a given player, listen in on that player’s conversations / chatter, or create virtual crowds that can interact to get the excitement levels that you would typically have from a game.  Many people would historically watch their favorite teams or big games from a bar – what if the league created virtual “bars” to join (which can also be linked to the food / concession sales discussed later)?  Apps could be created specifically for fans of certain teams to interact while watching games and play games that involve their favorite players (in game fantasy sports?).  You could even incorporate players not currently playing (e.g. pitchers on an off-day, players from other teams) or team “legends” to host different rooms and interact with fans depending what they are willing to pay for the event.  We have seen the increased accessibility to personalities and stars during this time, and especially for retired players, this can create an income stream for them, as well as additional revenue opportunities for the league and teams.

Even more, the league can add additional events that individuals might be interested in tuning in for and paying extra – Q&As with individual players, intra-team competitions (e.g. homerun derbies, even playing each other in baseball video games), subscribing to team workouts, etc.

Lastly, the league has already moved significantly towards increasing its use of data with it’s players, scouting, and strategy; however, this is a great opportunity to leverage data in new ways – connect fans who attend similar events, connect players to fans that might have similar tastes, choose questions for Q&A based on user searches.  Even more, with increased ways for fans to view and experience games, particularly through digital avenues, the MLB can do a better job of capturing this data (when consumers are watching, what they’re paying attention to) and use that information to offer partners more targeted advertising, helping to replace revenue lost from in-person viewership. 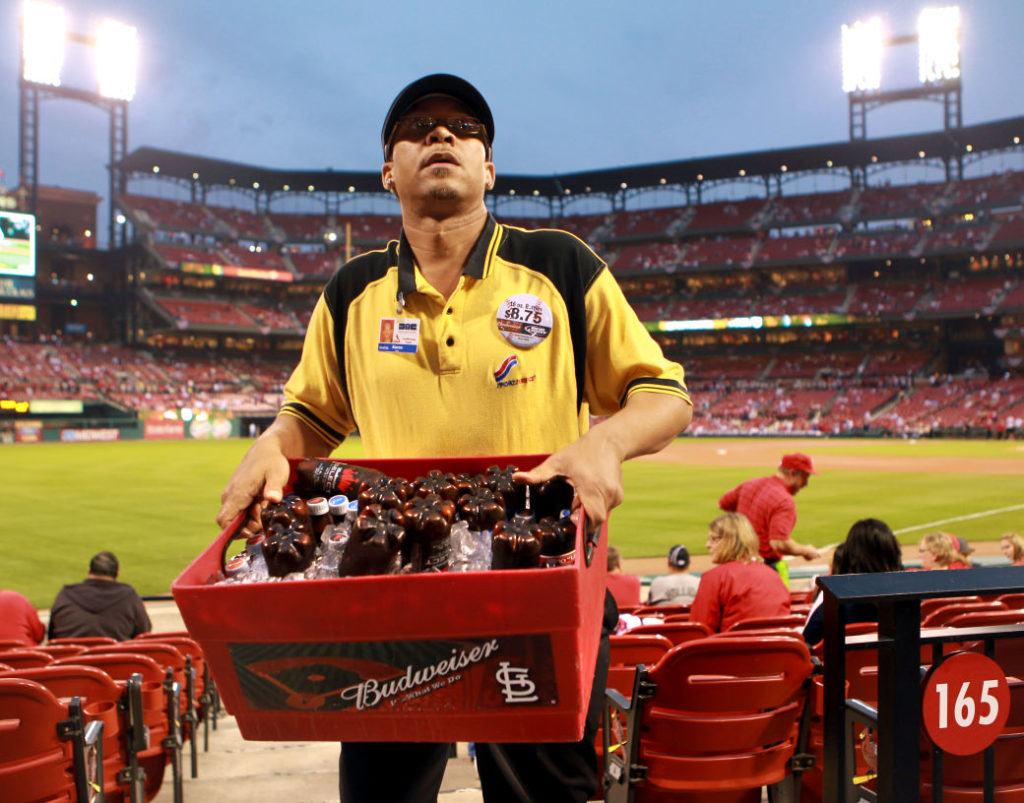 This represents a smaller portion of revenue, but still probably somewhere right around 10% (5).  How do you replace this while you don’t have fans in ways that might even supplement revenues even when fans can return?

I see this as a great area to build partnerships with brands and delivery services to make the watching experience more like attending live.  Before games start, the MLB can build systems to notify fans of bundled purchase options for the games – e.g. local food spots that are offering deals, drinks / alcohol, etc.  The league or individual teams can then sell packages with those items included – for example, buy the Q&A session with on field-vision from your favorite player, plus get 2 large pizzas, and a 6-pack to go with it.  This would allow different packages for users to purchase to enjoy the game, generate revenues for local businesses, and additionally be able to take a cut of that revenue for the teams (or sign partnership deals for upfront revenue).  All of this can happen through team specific apps combined with existing apps / websites from existing food, drink, and delivery providers.

Even more, the league can use additional data from these purchases to, again, better know its fans and leverage that information to sell more targeted advertising to relevant partners.  The flywheel from these partnerships can help to expand the league from its current position as a product to more of an all-encompassing experience / entertainment platform in the future.

3: Travel Between Locations for Games and Close Contact Between Players, Umps, Managers, Staff: 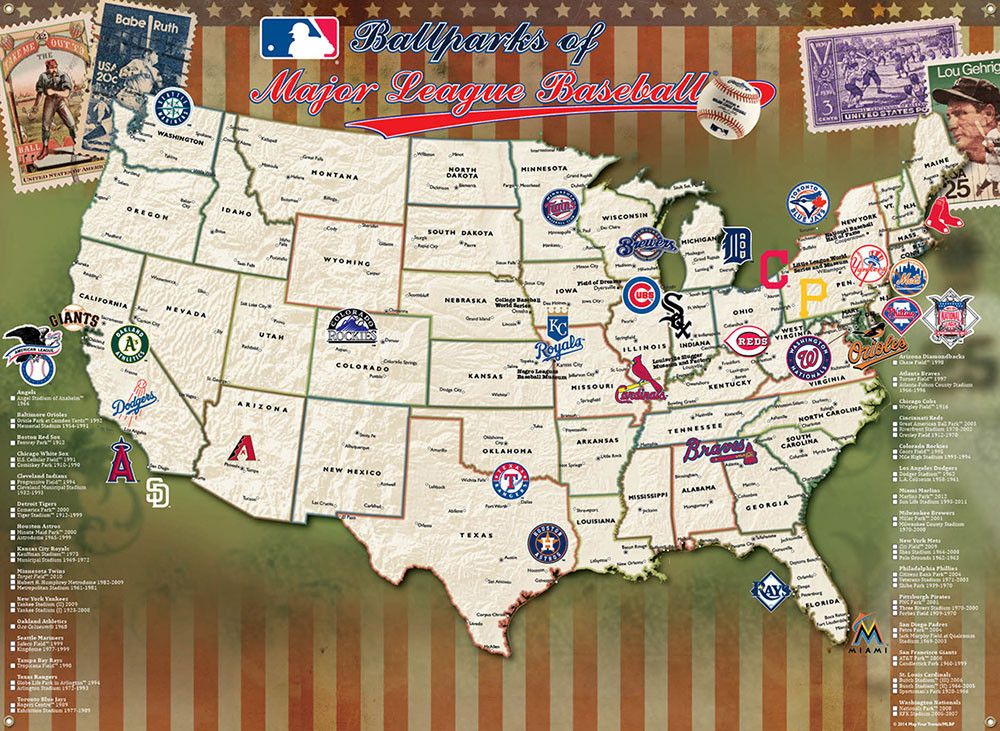 This one is more difficult to solve through simple “digital innovations”, but to realistically enable the league to function in the current climate, you need to create a setting where players do not need to travel extensively (e.g. the Arizona or Florida proposals).  However, this could separate players and staff from their friends and family for extended periods of time.  With the boom in zoom usage, I think this is a non-perfect solution to continue to allow these connections during potential player isolation.  Additionally, you want to ensure the safety of the players, which will require greater testing (temperature checking, contact tracking to know who the players interact with in case one gets sick, etc.) and tracking (partner with Apple, Google, etc. to notify those who might get sick of who they’ve been in contact with).

Additionally, to further protect the players and staff to make the league possible at all right now, you will need logical solutions to allow social distancing even when games are being played.  For in game needs, players and coaches can wear communication devices to discuss strategy rather than needing to share a dugout or be in close quarters.  Additionally, umps can be significantly replaced by computer analyzing for the strike zone and calls at the bases – this can be used long term as well to decrease the cost of umps overall.  Video replay can also be increased to again relieve pressure usually placed on live umpires.  For medical staff, appointments and treatment that does not need physical touch can be done over zoom.  Simple solutions such as these can help not only protect against COVID in the short term, but also save costs in the long term even when games can return to more normal play.

This area is one that is more specifically targeted to find short term solutions to allow play during the crisis versus the prior two areas which offer new ways for the MLB to build its business and platform offering even after COVID-19.

Leagues that can get these adjustments right not only allow themselves a chance at revenues and prominence during the COIVD crises, but can separate themselves, becoming preeminent leagues into the future.  They can build digital practices and adaptions that play better in the future world and attract and engage fans that are looking for ways to stay connected to the world of sports and entertainment.  In a world where more and more entertainment might take place from home or separate locations, leagues should be using these digital technologies to enhance their offerings, collect data to build intelligence, and as such, create a flywheel of information and products that can better inform and build the league for a successful future.

The Need to Knead: How the “Bread Boom” is Forcing Adaptability

NBCUniversal: Can the peacock become a phoenix?

Student comments on Can America’s Pastime Bring Us A New Home Run?