The iconic American milkman is an inseparable part of American history and a figure immortalized in film. Until the 1950s, most Americans had their dairy delivered by their local milkman, yet the introduction of refrigeration and expanded grocery stores, alongside rapid suburbanization, colluded to make him a historical artifact. While he has not entirely made a comeback, there has been a surge of home-based food delivery subscription services that are changing both the domestic home and consumer habits.

There is nothing new to food deliveries: almost everyone has ordered, for instance, pizza for Sunday night football matches or the humble Chinese takeout. Yet, only in recent years has there been growing consumer interest in purchasing both grocery and prepared food subscriptions. Blue Apron has been a leader in this field and is the fourth most popular e-commerce subscription service, behind Ipsy, Dollar Shave Club, and Amazon Subscribe & Save.

Founded in 2012, BlueApron is a weekly subscription service aiming to help “households nationwide experience the joy of culinary experiences at home” through their recipe-and-meal-kit service. They are riding the wave of both growing online e-commerce, where many people are turning to box subscriptions rather than the traditional brick-and-mortar for their needs. 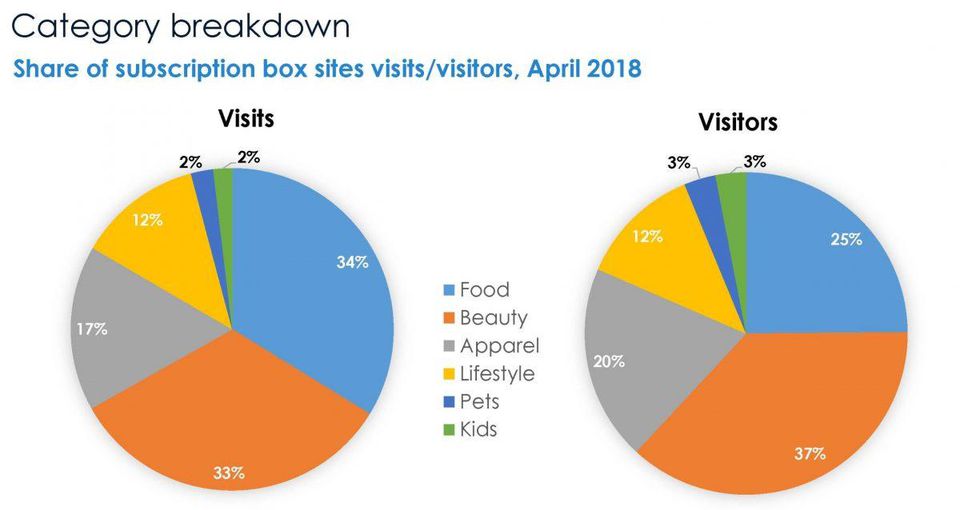 Box subscriptions are growing exponentially, and more products are becoming offered than before, having grown at a rate of 100% annually over the past five years. From 2011 to 2016, subscription services grew from $57.0 million in sales in 2011 to $2.6 billion in 2016. About 15% of online shoppers have active subscriptions and according to Technomic, a foodservice consulting firm, the meal-kit market alone will become a $5 billion industry by 2020. There is a tremendous opportunity to both create and capture value in this sector, as the leaders in the box subscriptions are constantly changing. Many of these businesses simply have not fully cemented their market presence. And among all the subscription platforms, food subscription leads the pack in having the most number of site visits, followed by beauty and apparel, a trend that has been consistent since 2014. 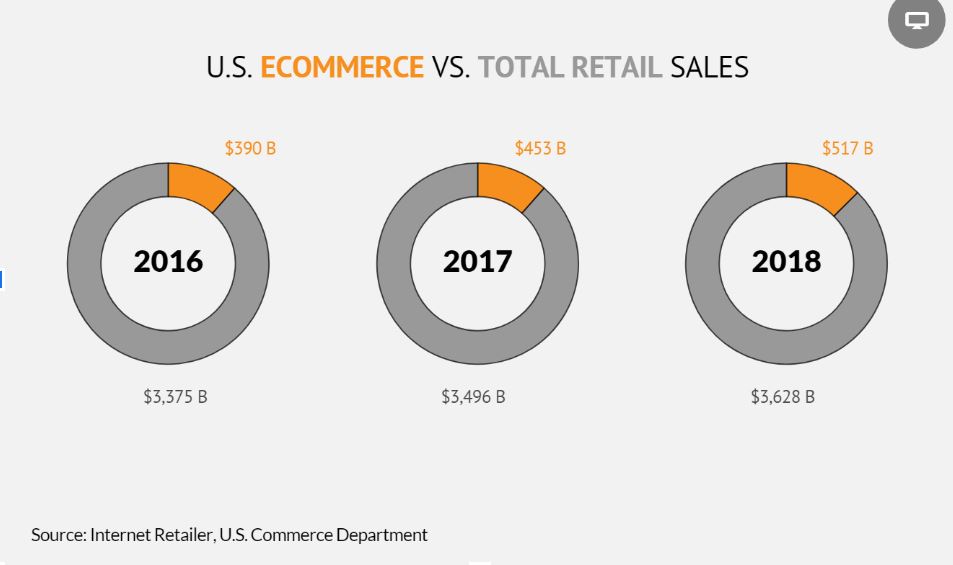 Figure 3. Site visits to online subscription sites, with food in the front.

The majority of their customers are between 25-44 years old, composed of 82% women. Nearly 56% of their customers earn over $100,000 annually. In a broad market survey, Blue Apron found that 71% of respondents prefer to cook, 50% would like to cook more, and 68% would like to learn more about cooking. Of these individuals, the main challenge of cooking is deciding what to make. 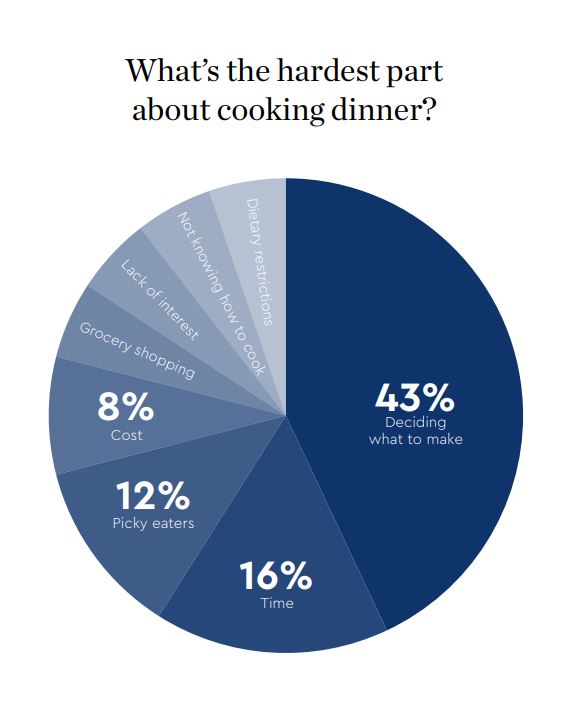 Figure 4. Breakdown of challenges to cooking from a survey Blue Apron conducted.

According to a Creative Executive at Inc., the “brilliant” strategy that led to Blue Apron’s success is content marketing, testifying, “Blue Apron’s strategy is always to generate excitement about a dish before it’s ever delivered to the door.” It seduces its customers through partnering with big names like Bobby Flay, Master Chef, and Chrissy Teigen.

In its 2018 investor report, Blue Apron shared that it had “machine learning models, proprietary demand forecast models, recipe recommendation algorithm, and demand management tools.” This helps the company to better understand customer preferences and curate new recipes to match interest, attempting to capture the 55% of e-commerce consumers who subscribe for the content curation as opposed to subscribing for replenishment (Amazon Subscribe & Save) or subscribing for access (JustFab).

The company is ambitiously trying to capture gains from both the grocery retail and restaurant industry. Its competitive advantage has included aggressive marketing, having spent $35 million dollars alone in 2016 for its referral program. Attempting to build on its success, Blue Apron has experimented with building a physical footprint through a short-term pop-up store in New York City and occasional traveling pop-up stores. It has also tried to create a community around its products by organizing community events. In 2017, BlueApron spent $124 million in capital expenditures for its fulfillment centers. 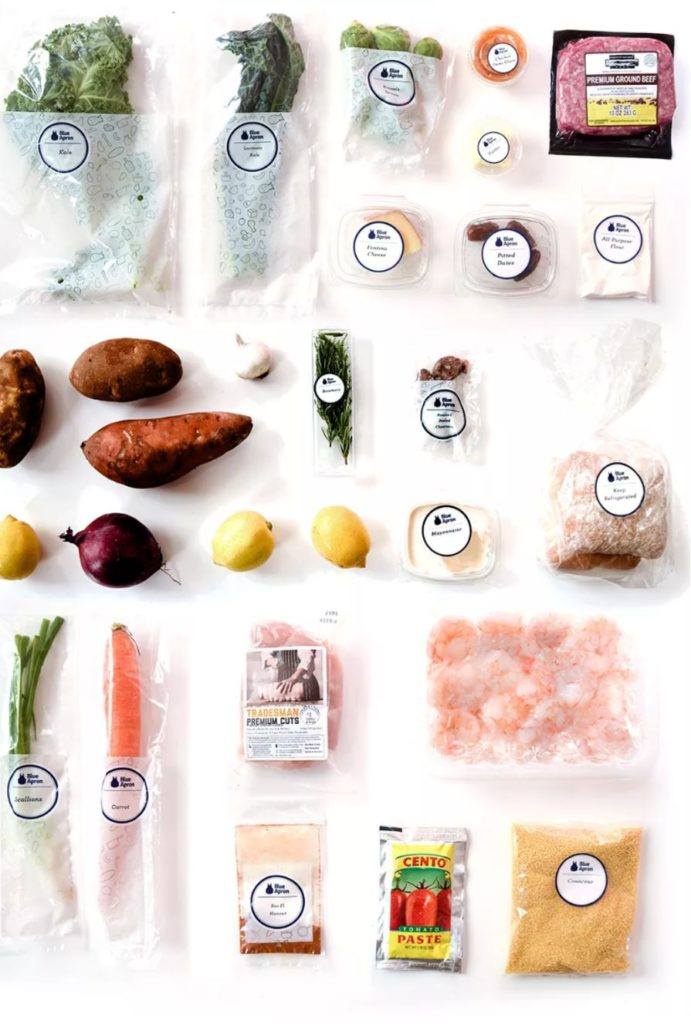 Players and their discontents

One of the largest dissatisfied parties has to be restaurant businesses, which has already started to feel the heat resulting from diminishing revenues. Many restaurants are being urged to provide incentives for customers to dine in their restaurants to deter food delivery subscriptions. But it isn’t just restaurant executives who should feel threatened, grocery retail is also a target. A survey by Russel Redman reports that 83% of the food retail businesses considers Amazon’s food delivery service to be a threat to grocery stores, and they mustn’t forget about BlueApron’s, either. 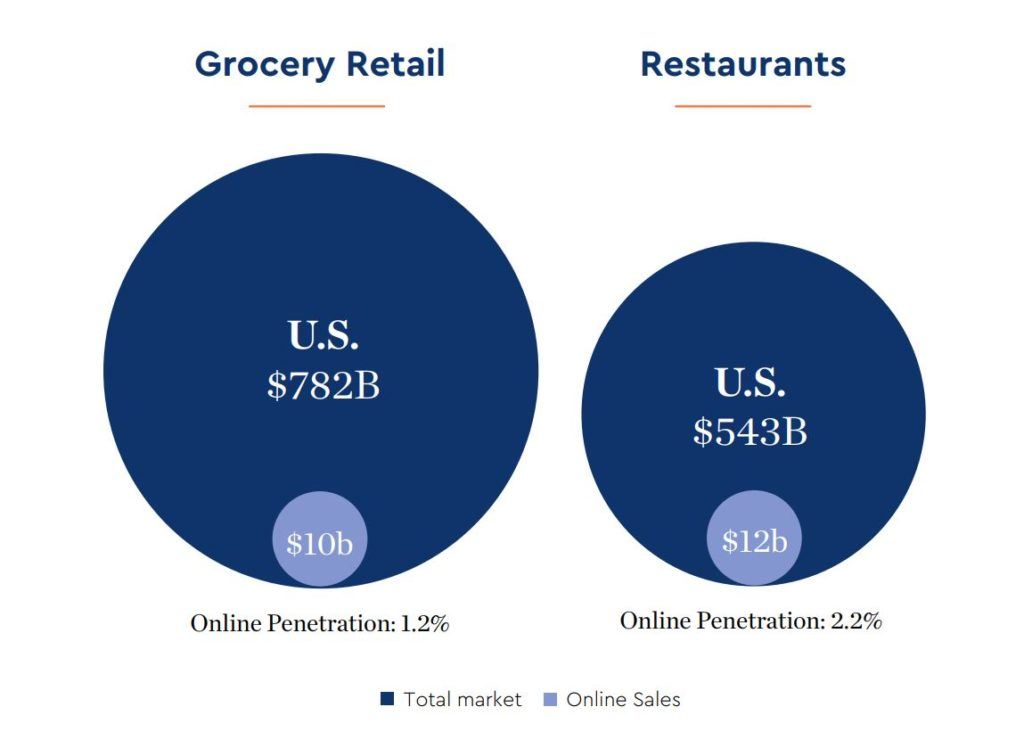 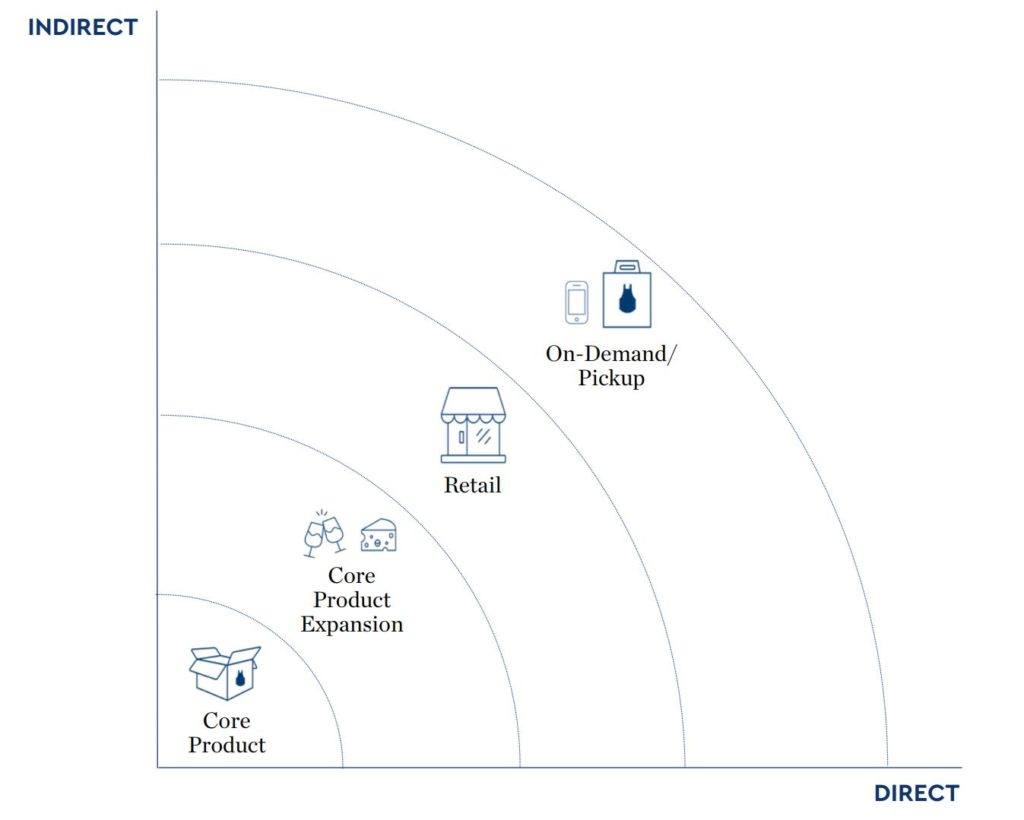 As much as BlueApron is in the lead, it should also be concerned. Other food subscriptions have entered the scene and have quickly caught up, like Hello Fresh and Guosto. Furthermore, many customers have not been entirely happy with its service, either, for the amount of packaging produced in each delivery. It also has another major competitor, Amazon Fresh, looming on the horizon. Amazon has the capability to similarly curate food recipes and offerings for its members.

In order to compete with other businesses, BlueApron has to consider its expansion strategy. Going abroad does not entirely sound like a convincing option, and there are heavy costs for having a brick-and-mortar. However, the company has a pretty good idea of what its customers want and need to strategize accordingly: people are more likely to purchase a meal kit if they don’t require an active subscription (68%), are available in a grocery store (69%), and if groceries can be included in the purchase (52%). Pretty soon, BlueApron might even begin to include other groceries–and maybe even milk.

Back to the Future? National Security Innovation and the Coming Decline of Traditional Defense Contractors

Student comments on Bring Back the Milkman: The Growth of Home Food Delivery