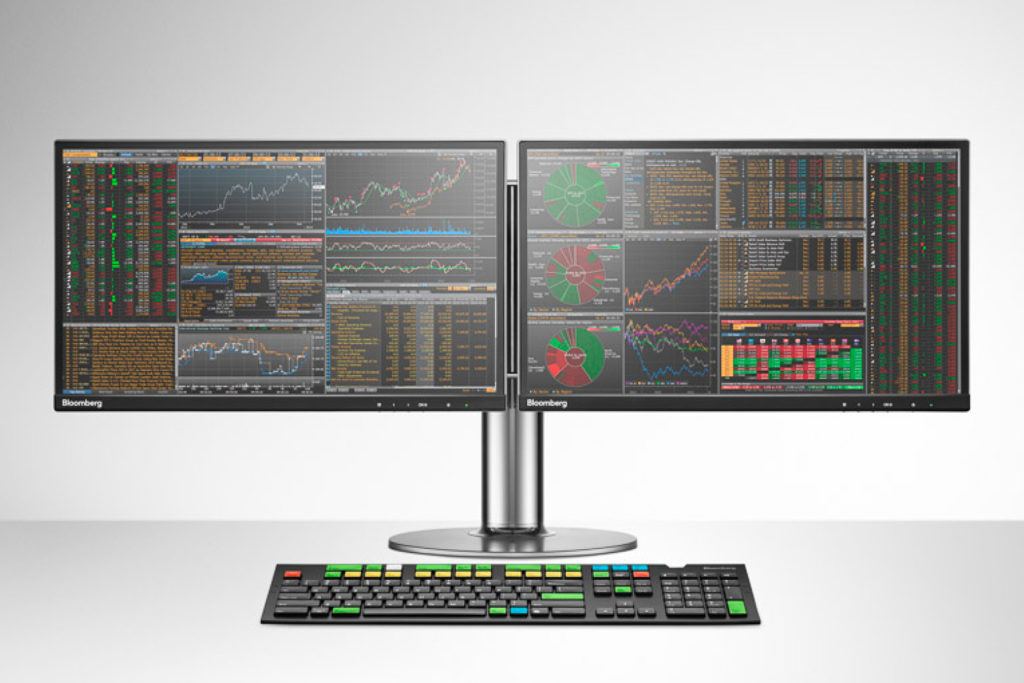 One of the most noticeable disruptions to the financial services sector came in the early 1980s when the Bloomberg Terminal was introduced to the market. It changed the way traders and other professionals accessed market data and evolved to become a staple on trading desks around the world despite its premium pricing ($25000 per user). Not only does Bloomberg continue to play a critical role in the financial services sector but it has done so over competition from large rivals and startups on multiple fronts. The Terminal (officially Bloomberg Professional Service) evolved from being a single-purpose piece of hardware used primarily by bond traders to a suite of products (called functions) providing a range of financial data and analytics ranging from stock prices to cargo ship movements around the world. However, a typical user spends the majority of their time on only a few functions but is required to pay the fees in its entirety – a source of criticism from clients and competitors. Yet, the Terminal has shown no reduction in numbers and the company continues to generate annual revenue of around $10bln – ‘winning’ metrics by most standards.

Bloomberg commands almost 40% of the financial data and analytics market and is almost twice the size of its next-largest rival, Thomson Reuters. In addition, no recent startup is yet to make a dent on the company despite the criticisms it faces, which begs the question – what value do users see? At first glance, the Terminal acts as a source of world-class data, tapping into almost all the exchanges in the world and processes hundreds of billions of market events on a daily basis. On this front, the Terminal has seen its share of competitors who are trying to provide equivalent data in a decoupled manner allowing users to only pay for what they use. Normally the unbundled services and pricing would be a threat to an integrated operation and while this is initially attractive to users, what keeps them stuck to the platform is the network of other professionals using it.

Arguably the most used function on the Terminal is Instant Bloomberg (IB), the chat service. In addition to all the data and analytics, the Terminal is a professional network and users are connected to more than 300,000 of their peers, clients, and competitors. IB allows secure communication for sensitive, private financial transactions, particularly bond trading. Coupled with the data services, it offers a productive workflow that allows users to really generate value inside the Terminal. Another source of value of the network is the ability to generate data-driven by consensus by key players in the community – a source of lasting value for the users, the network, and the company. Furthermore, with only one user authorized to use a Terminal, the company is able to capture most of this value. 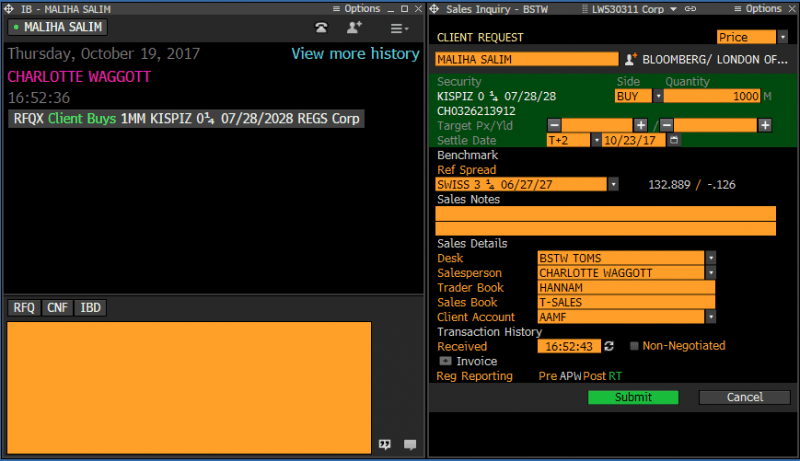 Cost optimizations have become a cornerstone of the financial services industry post the 2008 crisis and even though data and research make up only a small fraction of the operating costs, they are an easy one to cut out. This has put Bloomberg under tremendous pressure to adjust its pricing terms but with the number of Terminal subscriptions staying flat and the absence of any serious startup competitor, it is hard to deny that Bloomberg is winning, albeit not like it used to. However, in order to counter the lack of growth in recent times, the company has been transforming on several fronts, the most significant one being the introduction of various enterprise products including asset and order management platforms that are priced separately but still need a Terminal to run. It has also enabled alternative sources of access to data on a usage-based subscription model which is also integrated into the Terminal. By providing integrations into its stickiest product, the company is disincentivizing users from switching out of the Terminal and incentivizing them to use its enterprise products.

The Terminal is an example of how a disruptor requires constant adjustment to keep up with stakeholders but despite all the changes that the company underwent in its history, it is interesting to note that the look and feel of the Terminal has remained largely the same, primarily because of user reluctance to change and a serious focus on customer service. Perhaps this is evidence that not everything has to change as part of a winning strategy.

Visa and Mastercard are LOSING fast to Indian alternatives

Convoy – The Future of Freight