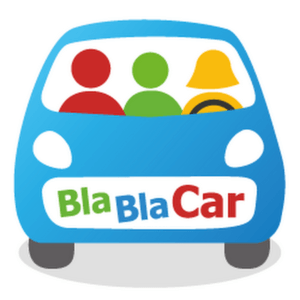 BlaBlaCar has disrupted the road travel! Let’s see how.

One of the companies to enter the list of Unicorns, BlaBlaCar is the world’s largest long-distance ridesharing community. With 40 million members, BlaBlaCar connects riders and passengers for trustworthy inter-city travel and share the cost of the journey.

Conceived as an idea in 2004 by a guy stuck in Paris with no way to get to home to his family, BlaBlaCar was first launched in Sep 2006. In the last decade, it has raised over $310M and is currently valued at $1.5B. Initially launched in Paris and expanded in Europe, BlaBlaCar has recently expanded to other continents as well. India, Brazil, Turkey are just a few countries among the emerging markets BlaBlaCar is trying to capture.

How does BlaBlaCar create value?

Essentially, BlaBlaCar is a marketplace that connects riders with empty seats with passengers looking for inexpensive travel especially at the last minute.

Riders (drivers) are, in any case, paying for the cost of the gas and toll expenses. BlaBlaCar helps reduce the cost of their travel. It has been estimated that BlaBlaCar is helping riders save north of $250M per year. 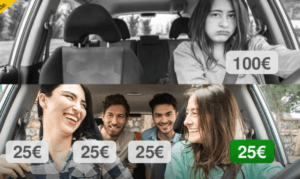 For passengers, at approx. $25 for a 200-mile ride, it offers an inexpensive travel option as compared to flights / trains which are pretty expensive, especially when booked at the last minute.

For example, consider a trip from Geneva (Switzerland) to Paris (France). BlaBlaCar offers a price which is ~2.5x cheaper than that of train and 4.0x cheaper than flight, as depicted in the figures below. This provides a great option for passengers planning their trip at the last minute. 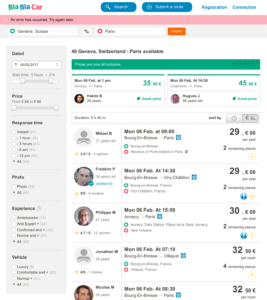 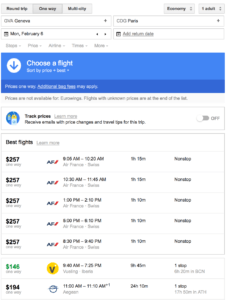 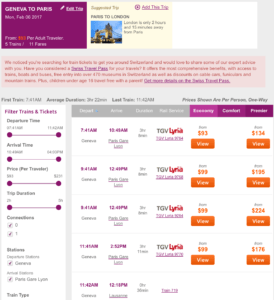 Apart from savings, BlaBlaCar rides offer a great social experience (as compared to riding / traveling alone). It also offers transparency and predictability on prices (as compared to other cab options like Uber). BlaBlaCar also helps contribute to the environment by increasing the average car occupancy from 1.7 to 2.8 and thereby reducing traffic and emission levels. Since the rider does not have any other benefits other than cost savings, it ensures the element of trust in the system, which is further strengthened by two-way reviews and ratings.

Here’s what customers say about BlaBlaCar:

How does BlaBlaCar capture value?

Like Airbnb and Uber, BlaBlaCar takes a small commission (15-20 percent) on every ride. Very simple, but very important in the growth of a startup. With upfront collection of fare from passengers, BlaBlaCar should have negative asset intensity contributing to higher cash flows. While the actual financials of the company are unknown, it has been estimated to be making $75-100 annually in revenues.

BlaBlaCar enjoys significant network effect. The more people use it, the more rides one will find. People often ask, who is BlaBlaCar competing against. It more directly competes with regional bus lines and trains rather than taxis or other intra-city car-sharing services such as Uber, Lyft. Hence, it has been able to strengthen its position in the market as the most trustworthy carpooling service.

How does BlaBlaCar work?

A driver who is driving from one city to another and has empty seat(s) in her car can post in on BlaBlaCar’s platform. The driver can also include the intermittent cities in the journey thereby expanding the pool of interested passengers.

Similarly, a passenger can look for a seat in advance and book it. BlaBlaCar shows results with pricing and timings. The results can be filtered by price, time of the day, type of car, response rate, etc. If interested, a passenger can directly reach out to the rider and asks questions (if any). Once the rider approves, passenger makes the payment in advance of the journey. After the journey is complete, BlaBlaCar transfers money to the rider after deducting its commission. Both riders and passengers rate each other, which helps inform the search results for the next set of bookings.

Here’s a video showing how it works:

I personally have used BlaBlaCar several times in Europe and have really enjoyed riding with strangers and making new friends, in addition to saving a few bucks. 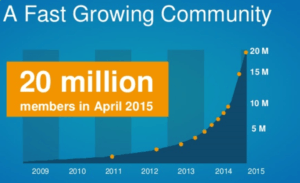 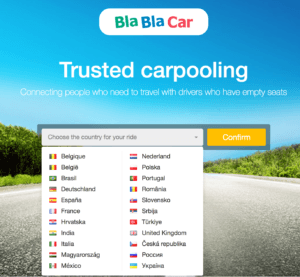 BlaBlaCar – ‘RyanAir for road’ – has grown at a marvelously amazing rate in last few years. It has expanded to over 19 countries in the last decade without running into regulatory issues in most markets. While BlaBlaCar rules over European market and is on its way to capture emerging markets, the co-founders are often asked about their plans to enter United States. Let’s wait and watch how they expand their victory from just Europe to the entire world.