Disney is a diversified global entertainment company best known for its high-quality, family-oriented films and theme parks.  While Disney is relatively less known for its commitment to using advanced analytics (likely because the company aims to conceal “the mess behind the magic”), Disney has quietly been investing in big data applications for a decade (1). It is estimated that Disney has about 1,000 full-time employees dedicated to building advanced analytics capabilities (2).  Interestingly, the organization has nurtured an experimental approach to analytics. Teddy Benson, Head of Solution Integration at Disney, explained: “we do proofs of concept almost like startups… we take a small budget and look at the risk, do a few investments with various levels of success and see how far we can get” (2).  Still, there is evidence that Disney is willing to “bet big” on data solutions that can facilitate exciting, frictionless and personalized experiences for its customers.

Below are three known examples of big data usage at Disney, across its business segments. 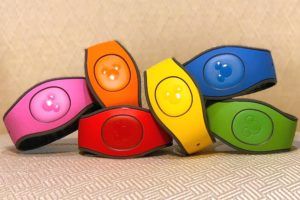 In 2013, Disney released its “MagicBand” concept at the Walt Disney World Resort in Florida – a program that reportedly cost Disney over $1B to develop and implement (1).  Today, every single guest of the Resort receives a wearable MagicBand bracelet that includes an RFID chip.  The device serves a range of purposes from the customer’s perspective.  It functions as the hotel room key, provides access to the various theme parks, and allows guests to make convenient payments (charged back to their hotel room).   More importantly, the bracelet constantly communicates with sensors spread throughout the parks, generating huge amounts of data around the movements of each individual customer. Disney’s operations team already uses this data to dynamically improve customer experience.  The data might reveal, for example, that a set of customers is waiting in a long line for a ride.  Disney’s team can offer up real-time incentives to redirect those customers to less congested areas of the park (3).  There is huge value created by optimizing park logistics in this way – customer satisfaction grows and resources can be used more efficiently. Further, this wealth of data could allow Disney to develop all kinds of innovative park features.  Analysts speculate that in the near future, Disney will be able to do things like predict a child’s favorite character (Cinderella, Mickey Mouse, etc.) based on how the child behaves in the park, and arrange for that character to locate and surprise the child for an unforgettable meet-and-greet (4).

The unprecedented success of Lion King on Broadway reflects another noteworthy case where Disney harnessed big data effectively.  The show has generated more ticket revenue (about $8B) than any other Broadway show, and yet its ticket prices have never been the highest on average (5, 6). This success can be attributed, in part, to the dynamic pricing model that Disney developed for the show tickets.  Disney used historical Broadway ticket sales data to accurately forecast future demand for Lion King.  The model they developed also predicted the highest possible price for each ticket that customers were likely to accept (7). 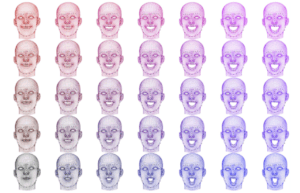 When Disney produces films or television shows, an important step in the process is testing market fit. Before big data, Disney Studios would preview early cuts of its content for focus groups, and try to extrapolate from that group’s feedback how a larger audience might respond.  The process was tedious and error-prone.  Now, Disney is creating technology to make these market fit tests faster and more accurate. Specifically, Disney has been an early adopter of Affective AI, an area of computing focused on identifying and interpreting human emotions.  A recent research paper published by Disney and Caltech described placing cameras in a movie theater to monitor each face in the audience. Backend systems could then evaluate the audience’s emotional response to each moment of early-cut content screening. This method generates significantly more granular data than before (about 5K data points per person during an average movie) (8).  Disney scientist Peter Carr explains, “it’s more data than a human is going to look through. That’s where computers come in – to summarize the data without losing important details” (9).  In the future, Disney could use big data and affective AI technology for other purposes.  For instance, to understand how customers are feeling as they move through its theme parks.  Or, even to select in real-time between multiple possible endings to a film, based on predictions about what the audience will most enjoy (8).

With its customer-centric big data solutions, Disney will need to be very mindful of customer privacy.  Already, with MagicBands, Disney collects the consent of its customers before it tracks their movements within the park.  Some have speculated, though, that Disney customers will be more tolerant of the “convenience-surveillance” tradeoff given their longstanding trust in the brand.  Disney World, for example, is “wrapped in an idealized vision of life that’s as safely self-contained as a snow globe.  Disney is thus granted permission to explore services that might seem invasive anywhere else” (1).

Do you agree?  Will Disney receive an unusual amount of leeway to collect and analyze customer data?  Or will customers eventually push back, finding these data-driven solutions unsettling?

The Met’s Goldmine of Data Assets