COVID-19 is making people fat, and they don’t like it.  Apart from the grave threats to lives and livelihoods that the virus poses, the physical shape of even the fittest is in dire straits.  With group gatherings banned, exercise studios shuttered, and pantries and fridges too available, waistlines are expanding and summer bods are failing to make their scheduled appearance.

Few are suffering this sedentary state more than the fitness aficionados of Barry’s Bootcamp.  The boutique, high intensity fitness studio founded by and for the chic and beautiful of Los Angeles has closed most of its global studios until the public health crisis passes.  Known for its iconic “Red Room,” where the lights cast a red hue over customers, music blares and the temperature is kept high, Barry’s typically sells out dozens of classes a day at its 70 studios worldwide.  Like active people everywhere, Barry’s’ notoriously dedicated  bootcampers find themselves confined and cabin fevered precisely at the time when they need the release of physical exertion the most.

However, they need not fear.  Barry’s is adapting its business model to rise to the challenges of the time.  It has adopted a freemium model of sorts, streaming the magic of its Red Rooms directly into the homes of its fitness-crazed customers, allowing each to participate according to her passion level/financial means.  It offers both livestreams via Instagram TV (IGTV) for free to the general public and “At Home” classes via Zoom that try to simulate the group craze of in-person classes.

Barry’s is taking on this strange era with the typical gusto personified by its give-it-your-all, leave-nothing-on-the-field style of butt-kicking fitness. However, the nascency of its efforts and the uncertain times ahead in the world pose a number of important questions.  Will customers remain committed?  Will Instructors remain loyal? Is the business model more or less defensible in its new form? Will the new revenue streams make up for the lost revenue from in-person classes? 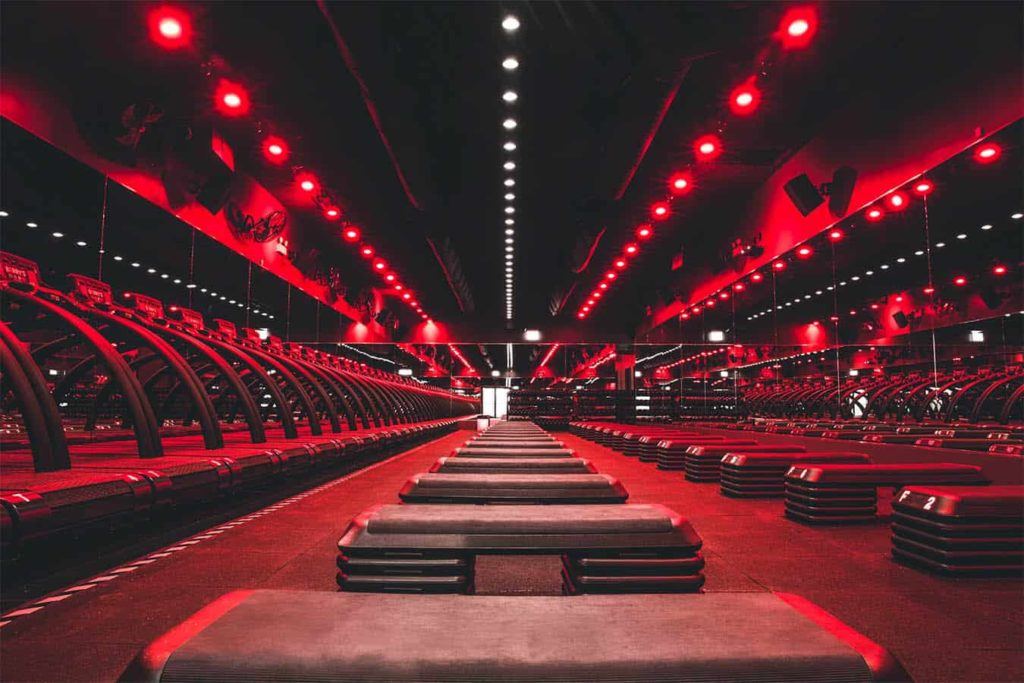 The appeal of Barry’s is hard to capture for those who haven’t experienced the magic in person.  Vanity Fair describes the ~$40/class experience of “red lights, rolled towels, custom Malin + Goetz candles, vaguely healthy smoothies, Oribe shampoo, and energetic instructors blasting innocuous upbeat pop music” as intensely addictive.  The attitude of its loyalists is best captured by Taylor Stockton (MBA 2020) – “Barry’s is more than a workout, it’s a lifestyle”.  He fawns of the sculpted instructors, many of whom boast celebrity status – “their attractiveness and dynamism inspires me to run faster, lift harder, and believe in my potential”.  Not only are they demanding coaches, but they are also shrinks and counselors that invite their guests to exorcise their ills and worries on the exercise floor. They go beyond the physical, giving a spiritual experience to their followers.

The Barry’s secret sauce lies in three ingredients – motivation, variety, and community – and bootcampers absolutely love it. The format offers a structured and rigorous workout where regulars push each other, an infinite set of instructors and regiments never allow a dull routine, and a strong community where everyone comes out feeling like they have achieved something together.

The company is trying to keep these ingredients alive through its new digital model.  Its IGTV format, started on March 17th and providing 35-minute sessions several times a day, is no-frills but still an experience to behold.   It requires only equipment easily available in the household (textbooks, water bottles etc.) and customers follow along to an energetic instructor from their iPhones. 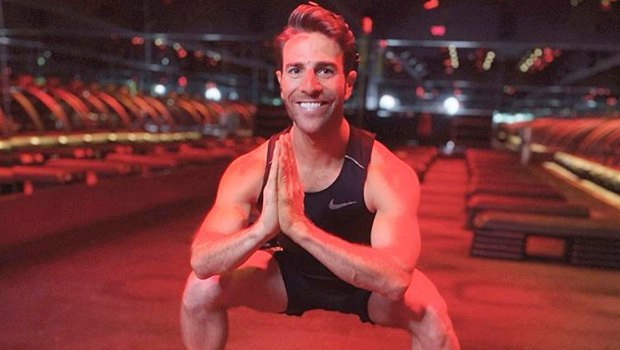 Its high-touch, $20/class format, “Barry’s At Home”, is a more true-to-life version of its in-person classes.  Instructors focus on specific muscle groups/exercise formats and they rile up a digital room full of motivated athletes with vibey music and inspiring guidance.   Many of the exercises require specialized equipment, which Barry’s conveniently makes available via its “Barry’s Shop”.  The digital store sells everything from athletic wear and accessories, to comprehensive “Fit Kits” with jump ropes, resistance bands, and mini weights, to the red lights that re-create the true Barry’s vibe.  A cursory scan of its website reveals many “sold out” notices, indicating seemingly bottomless demand for its high-margin merchandise.

Meanwhile, both of these channels build its brand further in a heavily consumer-sentiment driven industry.  The company has reported a significant jump in social media followership since March, indicating greater brand awareness and engagement that could drive future monetizable growth when the world returns to normal.  The superstars of its show, its instructors, pop even more than before, with their homes, furniture, surroundings, and even pets and kids become a part of their brand and following.   The flexible franchise model the company employs, fused with the strong DNA of intense customer service and brand focus that ties all its locations, allows different instructors across the globe to do what works best for their followers.

Still, near-term liquidity and even long-term survival are not guaranteed.  Individual fitness trainers may also defect to build their own brands or take on lucrative one-on-one coaching if they stay out of the studio too long. Customers may ask themselves why they need to pay for classes if they get used to free workouts at home.  The company also likely has sizeable fixed costs – rent in the high-street districts of major metropolises and fancy studio equipment among them.  Some of its competitors in the fitness industry are feeling the pain – Classpass has furloughed 53% of its workforce, while Flywheel has laid off 98% of the same.

All the same, Barry’s provides a compelling case study in adapting rapidly to changed circumstances, leveraging digital tools to ensure business continuity, blazing new revenue streams, and building a defensible business.  The company’s agility and commitment to its customers investment will likely pay off handsomely for years to come.

NASCAR – it takes a village for the eSport digital transformation!

1 thought on “Barry’s: Bringing the Red Room to the Living Room”