Apple, a company started by the revolutionary Steve Jobs, is a common household name. Enter an (possibly affluent) American home today and you will see a toddler watching a cartoon on iPad, a teenager listening to music on iTunes, a grandparent browsing channels on AppleTV and a parent most likely completing a work email on their Macbook. Such is the power and penetration that Apple has gained over the past two decades with its cutting-edge products and massive advertising.

Although Apple has succeeded in delighting customers and sustaining the loyal customer base even after Steve Jobs passed away, many critics believe Apple is struggling to keep up with the speed of innovation. Apple Watch was announced by CEO Tim Cook in late 2014 and was released in the market by April 2015. The product was initially well-received with applause from the audience. It claimed to be “a precise timepiece, a new intimate way to communicate from your wrist, and a comprehensive health and fitness device” [1].

With this product, Apple entered both the fashion/luxury accessory and health/fitness segment; however, over time, the product has struggled to attract and retain consumers.

Apple’s loyal customers find tremendous value in buying more Apple products which are automatically integrated with the Apple ecosystem. Apple Watch makes it easier for iPhone users to complete basic tasks like making calls, reading emails and address Siri without having to check their phones. The newer version is also water-resistant helping people to stay connected even when they are out for a beach swim. There’s more. Apple watch also lets you keep track of your fitness through daily reminders, movement tracker and calorie counter. With its sleek look, it is often considered a fashion accessory. Many Apple fans replaced their analog and expensive watches with Apple Watch instantly.

Value Capture and what Apple Watch is not:

Apple Watch could be many things to customers but at a price point of $250 – $350 [2], it’s an expensive feature. Customers complain that the product is complementary to an iPhone but only performs limited functions questioning whether it’s even worth spending so much given you can do all these things and more with your iPhone. Only half/one day battery life makes things worse. Consumers also quickly realized that other products e.g. FitBit can perform much more fitness functionalities at a lower price point than Apple Watch. According to Wristly’s research, quoted in Fortune, “Forty-five percent of the consumers surveyed gave up on the watch within two weeks”. 89% of the respondents said they didn’t find enough value in the product [3]. Although Apple hasn’t disclosed Apple Watch sales for 2016 yet, research firm IDC estimates 71% drop in Apple Watch sales year over year [4]. 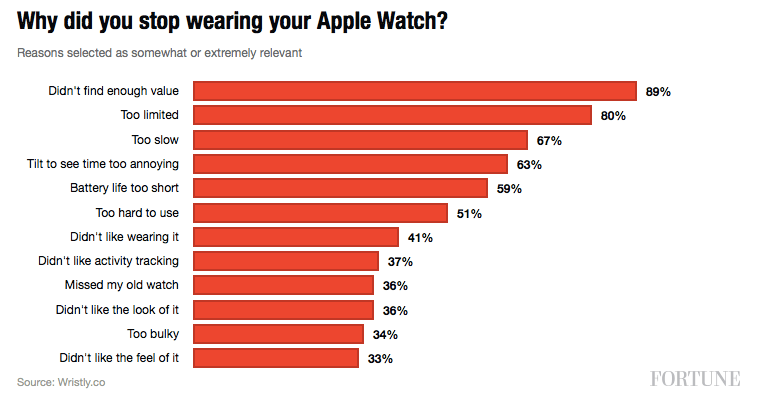 For a company like Apple which is uniquely positioned for innovation and compared to Tech giants like Google, Apple Watch may not have been the best disruption for this decade. Being a product extension and less distant from Apple’s core products and operations, Apple Watch can be assumed to be highly profitable considered Apple’s massive technological and supply chain muscle. To attract more customers, Apple may even drop prices further and make the product more affordable. But what matters more is the opportunity cost of this innovation. While Google is working on virtual reality and self-driving cars, Amazon on delivery drones and AI-oriented home and retail solutions, Apple looks like the unambitious kid in the neighborhood who is “dumbing down the smartphone experience” [5]. It may be too soon to give out a verdict on Apple Watch given Apple’s history with innovative products where consumers didn’t even realize they needed the product initially but for now, the future does look grim. 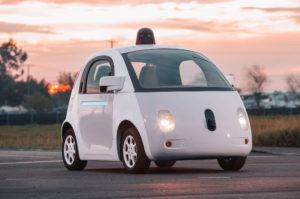 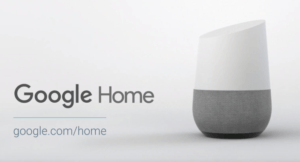 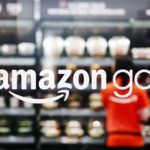 Nintendo is Hoping to ‘Switch’ its Way Back to the Top

Student comments on Apple Watch – a new innovation stream or the lack of it?