Amazon kindle has captured the hearts of book lovers worldwide. Gone are the days in which you had to buy space-inefficient, heavy paperback books at a bookstore, or online only to wait days for delivery. The Amazon Kindle is a device that allows you to carry a multitude of books with you, and provides the ability to shop a virtually all-inclusive library of titles with the click of a button. 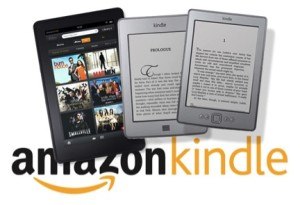 While the Amazon Kindle provides the value of content and convenience to readers, the perks do not end there. Users can read Kindle e-books for free by borrowing another user’s books (free for up to 14 days!). This is direct-network-effect gold, for as more of your friends own Kindle books, you have better chances of reading books for free. Additionally, Amazon ensures that the price of the Kindle device does not interfere with direct networks effects by foregoing profits and selling the device at cost.

The value offered to Kindle users gave amazon a significant user base. Forbes estimates that roughly 20 million Kindle devices were sold in 2013.

User base attracts all publishers

Amazon started off its sale of e-books by buying books from publishers at wholesale prices. Amazon would then sell them at a discount to set reader expectations of lower prices for e-books. Publishers disliked this model for fear that it would cannibalize sales of hard-copy books. Amazon then lost a high profile battle with publishers and moved to its current agency model, in which Amazon gets a commission. While it is uncertain what the initial commission from publishers was, we can speculate it was low while its user base was low. Amazon had to make it attractive for publishers to join their platform in order to maintain their growing user base. Amazon currently charges 30% commission. However, a currently strong user base forces publishers to continue to publish e-books via Amazon. Amazon now has the power to reportedly ask up to 40-50% from certain books or publishers.

The amazon platform has shaken up the publishing industry in the last decade. Rather than accept the usual publisher royalties (on average 15%), authors can now choose to self-publish on amazon’s platform and keep all their profits sans amazon’s 30% fee. This model seems to work best for well know, established authors, but amateur authors can also take advantage of the amazon platform to self-publish books. Amazon’s platform and the user base behind it is successful at continuously attracting publishers and authors, which in turn keeps the reader base satisfied.

Kindle pushes “Special offers” to users, which is a pseudonym for advertising. Knowing readers’ preferences, amazon can target ads to Kindle users, crating value for advertisers. Amazon captures revenue from such advertising as well, creating a symbiotic relationship between amazon, advertisers, and users, who have purchased their Kindle at cost.

Value in the Platform

Kindle readers were in direct competition with the Barnes and Noble’s “Nook” and with tablets as reading devices. In 2014 Barnes and Noble under-cut Kindle with a $20 discount on the Nook tablet. IPad is also a strong competitor, as it is the leader in consumer value perception, probably because its usability surpasses that of a reading device. Despite the competition, Amazon aptly determined that the value to consumers is not in the hardware, but in the platform. Amazon has since made the Kindle app available on the Apple App Store and Android’s Google Play. The Kindle App makes Kindle e-books accessible via any Apple or Android device. 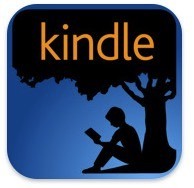 Etsy – Beyond Brands and Boarders

Student comments on AMAZON KINDLE IS KING OF NETWORK EFFECTS