23andMe is a California-based biotech company that provides direct-to-consumer genome tests. The company sells those analyses to customers in the form of two products: an ancestry service, and a health service. The ancestry service “reports on your ancestry composition, Haplogroups, Neanderthal ancestry, your DNA family and provides a DNA relative finder tool to enable you to connect with people who share DNA with you” (1). The health service tells the customer about their “carrier status, wellness, and traits” (1).

The process is very simple. Once you purchase the product online, 23andMe sends a kit through which you provide your saliva sample, and mail it back to their labs. A few weeks later, you’ll have access to your results. 23andMe affirms that they follow high quality standards, and FDA-approved, scientifically- and clinically-valid processes (2). 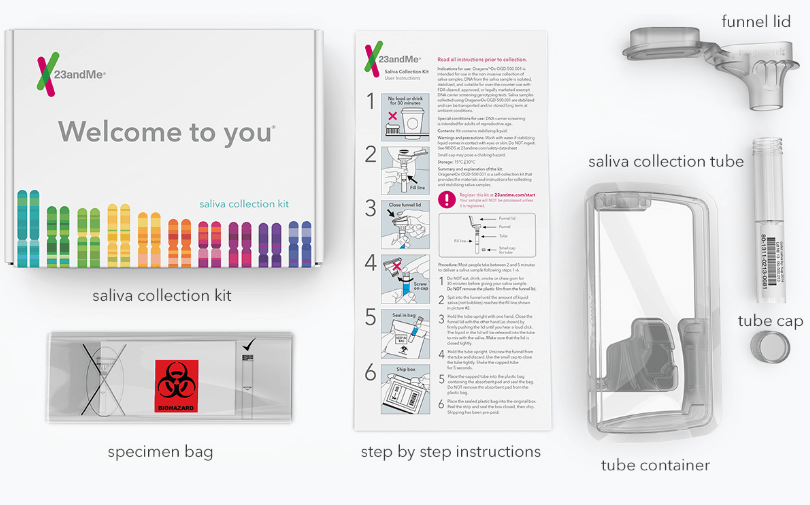 Through August of last year, 23andMe had sold over a million kits (3). As an aside at the time of the purchase, 23andMe seeks permission from all customers to use their DNA (as well as survey questions about their health) in further research. That’s crucial, because more than half of the customers in their database have opted in (3). That’s high-quality data from over half a million people around the world, ready to be analyzed.

One way to analyze such data would be through genome-wide association studies—examinations that help identify genetic differences between people with a disease and a control group of healthy people. Such studies have yielded important advances in research of various diseases (e.g. diabetes) (3). However, many of those studies fall short for one simple reason: lack of a large-enough sample size, or in other words, lack of data.

Last summer, Pfizer, in partnership with 23andMe, conducted the largest ever genome-wide association study into the genetic causes of depression. For the first time, the study successfully detected “15 regions of human genome linked to a higher risk of struggling with serious depression” (3).

23andMe was able to provide a sample of 141,000 people diagnosed with depression, and another 337,000 to be used as a control group (3). For context, the next-largest depression study ever included only a tenth of those figures! (3).

Reasons for success, and potential pitfalls of similar crowdsourcing efforts:

There are a couple factors working in 23andMe’s favor, allowing the company to collect such a vast body of data:

So, will this be a never-failing formula for gathering massive amounts of data for similar genetic research? That’s unlikely, according to Stanford psychiatric and gene researcher Douglas Levinson (3). The success of this method needed 141,000 customers who self-identified as sufferers of depression. However, for other ailments that are less common and more socially stigmatized, similar efforts might fail due to people’s unwillingness to volunteer (3).

Student comments on 23andMe: Healing the World through Crowdsourcing