The costs of inequality: for women, progress until they get near power

By Clea Simon and Christina Pazzanese 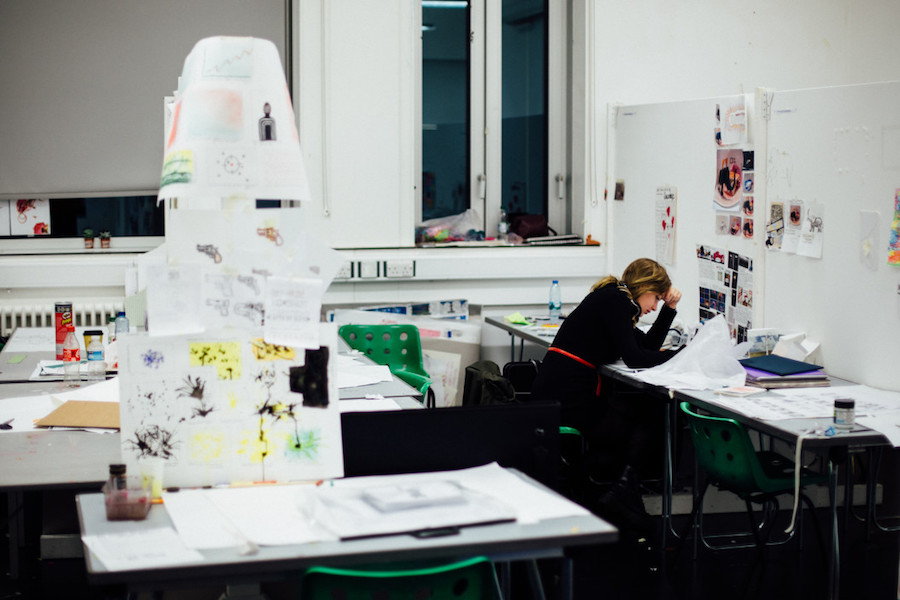 It is the best of times. Nearly equal numbers of American women and men now go into medicine and law. More women than men graduate from college and graduate school. The gap between men’s and women’s pay has shrunk in recent decades.

It is the worst of times. Women still make up only 4 percent of Fortune 500 CEOs, and 19 percent of Congress. They are rarely leaders in high-paying, cutting-edge financial services and technology companies. They still make on average 23 cents less per dollar than men.

The everyday reality is mixed. Access is better, pay can be good, but when it comes to running things at the highest levels, it’s generally still a man’s world.

The field of elementary education provides a stark example. Women make up three-quarters of the teachers in kindergarten through grade 12, but only one-quarter of the school superintendents.

People generally know that women’s salaries are about 77 percent of men’s. What people usually don’t see, though, is the loss in terms of human potential when women don’t make it to the top of their fields.

Nor, new research at Harvard reveals, are people aware of the extent that their ingrained biases have supported inaccurate perceptions about women and the unfair practices that those biases can produce.

Developmental economist Jeni Klugman notes that in recent years girls and women globally have made gains in education, and both maternal and child health are on the rise. And yet in other ways, the push toward gender equality has been stymied. Participation in the labor force by women globally is flat or falling, says Klugman, a fellow at the Women and Public Policy Program and adjunct lecturer with the Harvard Kennedy School (HKS), where she teaches about gender inequality and development.

In the United States, the participation rate is relatively high. But it has declined since 2000, from 70.7 percent down to 67.6 percent, according to the International Labour Association. “There’s lots of potential,” said Klugman. “But the norms have not yet changed or are changing very slowly.”

Inflexibility in paths and roles

One large hurdle not only to women’s greater participation but also to their success in the labor force is the inflexibility of both traditional career paths and cultural familial roles, analysts say.

Claudia Goldin, the Henry Lee Professor of Economics at Harvard’s Faculty of Arts and Sciences (FAS), has studied the former, in terms of what she calls “temporal flexibility.” In her paper “A Grand Gender Convergence: Its Last Chapter,” she discusses how far women have come — and yet how stuck they seem to be.

“We’ve made tremendous progress in certain areas,” she said. Women have been the majority of college graduates in the United States since 1980, and have had nearly equal numbers of slots in law and medical schools for some time. And yet women’s earnings and career paths don’t match up.

Goldin’s work examines how some professions disproportionately reward long hours and willingness to prioritize jobs over all other aspects of life. “Many jobs in finance and the corporate sector,” for example, are among those that “penalize anyone who needs to be someplace at 11 o’clock on Friday” morning, she said.

A key issue for women, her research shows, is this built-in inflexibility. “To the degree to which individuals can substitute for each other,” said Goldin, “there’s less penalty to being a woman.”

Such flexibility matters in large part because the culture still overwhelmingly expects working women to be the family caregivers, or at least to prioritize child care and elder care over all else.

The cost of such rigid gender roles in the workplace can prove enormous.

“If highly educated women step out of the labor force when they have kids, the labor force is losing workers with very high human capital,” said Mary Brinton, the Reischauer Institute Professor of Sociology and the department chair at FAS.

That cost is also cumulative, explained Brinton. “The longer a woman is out of the labor force, especially once it exceeds about six months, the more her wages stagnate when she goes back into the labor force.”

While it has proven difficult to change the work culture of some professions — such as on Wall Street or in Silicon Valley — the expectation that family care will fall to women can be modified.

In some Scandinavian countries, for example, a couple is granted more months of leave if the father as well as the mother takes some leave time, a policy that has been in place since the 1970s. “The proof that it works,” said Brinton, “is that now many Swedish men say, ‘It’s my right to take child care leave.’”

Another approach, a recent Harvard report suggests, involves outing bias and confronting it long before men and women enter the workforce. “Leaning Out: Teen Girls and Leadership Bias,” a study released last summer by the Making Caring Common Project at the Harvard Graduate School of Education (HGSE), reveals how pervasive bias is — even early among middle school students.

The good news, the study says, is that simple awareness of such societal assumptions could make a difference going forward. The Making Caring Common study offers several approaches for raising that awareness, including building in conversations about gender and assumptions, starting at the family level. Question sexist language, the study recommends, and encourage children to do the same, both with their friends and in their homes.

“We need to de-bias organizational practices and procedures. Mindsets will follow.” — Iris Bohnet

“It helps to talk about bias. It helps to take action,” said Richard Weissbourd, faculty director of the Human Development and Psychology Program at HGSE and co-director of Making Caring Common.

“We have this opportunity to keep closing the gender gap,” he said. “One hopes that this next generation is going to be the generation that does that.”

That conversation also needs to extend through the schools and into the university level, analysts say. After observing, for example, that nationwide there are about three men for every woman who majors in economics, Goldin is running a randomized control trial of different strategies to address this inequity. The study is giving 20 institutions funding to put into effect their best treatments.

Much of the numbers gap may relate to the outdated perception of economics as a precursor only to a career in finance. Noting that economics is “very broad and very rigorous,” Goldin hopes to raise awareness of the discipline’s applications to professions from criminology to the health sciences.

Heather Sarsons, a Ph.D. student in economics and a doctoral fellow in the Harvard Kennedy School’s Multidisciplinary Program in Inequality and Social Policy, suspected that women might be getting shortchanged in receiving their due recognition in fields historically dominated by men, like STEM, technology, and economics.

Despite an increase of women in doctoral programs for economics, Sarsons said, they remain underrepresented in tenured faculty. Because research papers published early in a career are critical in determining whether a young economist receives tenure, Sarsons studied 40 years of data on the publishing track record of people recruited by top U.S. universities to see whether the disparate tenure rates between men and women might be related to the papers they submitted.

She found that women economists suffer a “co-author penalty.” While men received the same professional credit for solo papers as for work done with a woman or another man, women weren’t properly credited for work co-authored with a male colleague.

“I wouldn’t be surprised if this happened in other areas of work,” Sarsons said. “I’ve received quite a few emails from women in law or in the tech industry, and they said kind of the same thing: When they’re working on a project, their supervisor or whoever is above them doesn’t see the group working on it, and they felt like their contribution has been undervalued, and that’s manifested itself in differential bonus payments and that kind of thing.”

Even in medicine, a field that women are entering at about the same rate as men, that equalization slips as their careers roll out. Over time, women physicians are less likely to become full professors than men of similar age, experience, specialty, and research level.

The proportion of women who are full professors at U.S. medical schools remains the same as in 1980, according to a study led by Anupam Jena, associate professor of health care policy at Harvard Medical School. “Many people have opinions about why women in medicine are less likely to be promoted than men,” said Jena, who is also a physician at Massachusetts General Hospital. “We’re trying to separate fact from conjecture by using detailed data.”

Taking advantage of a database containing professional data from more than a million doctors and more than 90,000 U.S. medical school faculty members, the researchers were able to analyze data from state licensing boards and other sources to draw their conclusions.

Iris Bohnet, director of the Women and Public Policy Program at Harvard Kennedy School and professor of public policy, has her own ideas of what may work to even out gender-based work disparities, based on research by Goldin and others.

She talks about “gender equality nudges,” little changes that may have large impact. “We need to de-bias organizational practices and procedures,” said Bohnet. “Mindsets will follow.”

Some such nudges can be surprisingly simple. In order not to trigger the kind of internalized bias that may prompt a woman to second-guess herself in math or science (or a man on a verbal quiz), for example, Bohnet suggests gathering demographic information after a test or survey.

Some of the nudges are positive, such as making sure that role models are as diverse as the student body is.

About a decade ago, says Bohnet, “we realized that all of the portraits” in the Kennedy School “were of men. Under the leadership of Jane Mansbridge, we’ve since commissioned portraits of women leaders,” from Ida B. Wells, journalist and suffragette, to Ellen Johnson Sirleaf, president of Liberia. Mansbridge is the Charles F. Adams Professor of Political Leadership and Democratic Values at HKS.

Sometimes the solution is simpler than anyone might have thought.

“When I was academic dean, a number of students were camped out in front of my office,” she said. These students were distressed by the lack of female role models, a problem Bohnet misunderstood. While she was working on ways to implement gender-neutral hiring at HKS, “I wrongly thought they were talking about faculty. But it turns out students really meant all the speakers, all the guests, all the fellows, people with some sort of visibility. That turned into me asking the research centers to report how diverse were the speakers they invited. We had never actually counted.”

Awareness, she learned that day, is always the first step down a better path.

Also In Managing in the Digital Economy

The Digital Initiative is the hub for tech at Harvard Business School, building community and expertise around digital transformation.