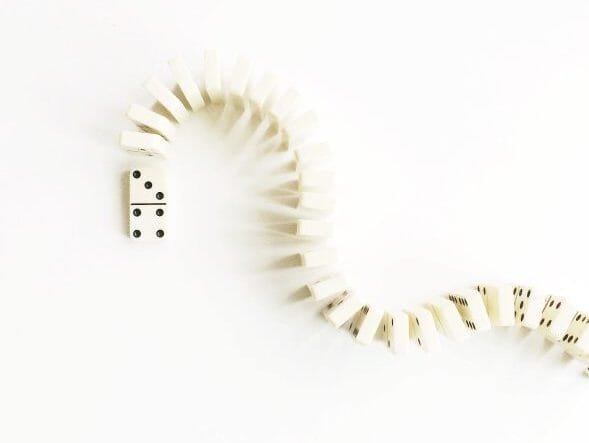 This article originally appeared in Innovation Leader. We’ve included an excerpt below. Read the full interview.

Sunil Gupta has seen a lot of your attempts to make your company more digital. And he is not impressed.

He has seen the digital outposts set up far from headquarters, the tsunami of small internal experiments, the collaborations with fast-moving startups.

“Through initiatives like these,” Gupta writes in his new book, Driving Digital Strategy, “managers are using a Band-Aid for a deeper problem. In order to be successful, you can’t just create a separate digital unit, or run experiments, or use technology to improve your efficiency. Instead, you must make digital strategy an integral part of your overall business strategy.”

Gupta is chair of the general management program at Harvard Business School, and co-chair of the executive program on digital strategy there. He has appeared on National Public Radio, CNN, and the BBC, and consulted with companies like American Express, Kaiser Permanente, Unilever, and Vodafone. We spoke in his office on campus just after the spring semester had concluded, and began by tackling the buzzword of the year: digital transformation.

• • •Innovation Leader: Maybe a good place to start is just to talk a little bit about the term digital transformation, which feels like it’s…I don’t know if it’s the buzzword of 2017 or 2018, but I’m certainly hearing it a lot. When companies are saying, “We need some digital transformation around here,” how do you interpret that? Is it a positive or a negative thing?

Sunil Gupta: There’s obviously a lot of hype around it. Part of that is everybody hears the stories of the Kodaks or the Blackberrys of the world, or Nokia, and they don’t want to be that. The concern that I hear from the executives is, “I need to do something. I don’t know what, but I need to do something.”

I’ve seen a lot of these executives, they bring in their top team, go to Silicon Valley, meet Google and Facebook and all these guys, get very excited, then come back home and say, “But we are not Google. We are not Facebook. What do we do?”

There is a sense of urgency without knowing exactly how we should do it.

Innovation Leader: Most companies will have a Chief Information Officer in place. Some of these CIOs probably are more strategic and future-focused than others. If you create a VP of Innovation or you create a Chief Digital Officer, or you have a CMO who feels like they should be leading digital transformation, do you see that creating conflicts sometimes—in terms of who’s the leader, who has the most resources?

Sunil Gupta: This is one of the things that I talk about in the book—that [digital transformation is] not just [something that] has to be done in marketing or has to be done on operations. There are four components that companies need to look at.

One is the strategy itself. Does our business strategy change—the way we create and capture value?

In lots of companies, that fundamentally changes. It is the CEO’s role to say, “What business are we in? How is Amazon going to disrupt us?”

That’s a bigger question. Once you define where you want to be in the next five to 10 years, then the question is, “How should our operations look?”

Even if the strategy doesn’t change, do I need to automate central operations with AI or algorithms or machine learning? Does my innovation have to be more open innovation, rather than internally relying [on our own expertise]? What happens to my distribution channel? How do I integrate online and offline?

The third component is the customer part. How do we interact with the customers in this world of digital marketing, social media? Does that change? How does the role of the advertising agency change?

The fourth would be organization structures. How do we actually create the organization? My perspective is that you need to strengthen the core and build for the future at the same time. It’s almost like changing the engine of a plane while it’s flying. How do you do that?

Should it be a separate CDO? Should it be part of the organization? I think different companies are experimenting with different stuff.