Manufacturing a Renaissance in the Deep South 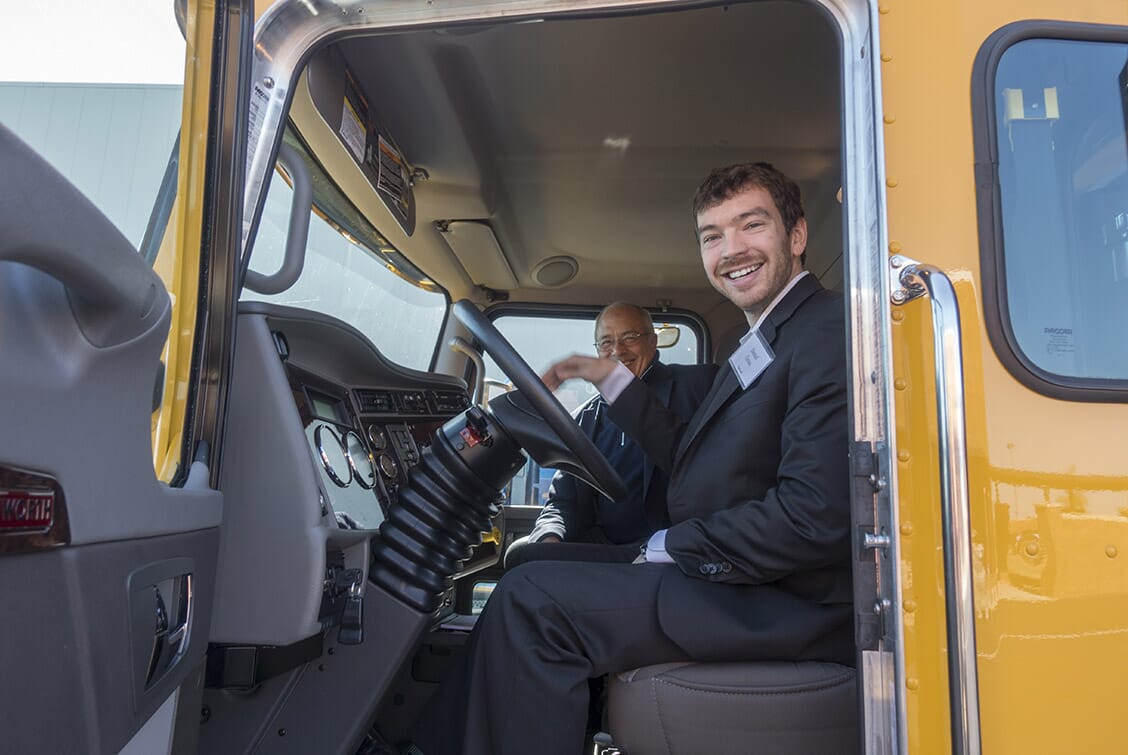 This post was originally published as part of HBS’ Up Close series, featuring the day-to-day work of the School and the people who do it.

Columbus, Starkville, and West Point comprise an area in eastern central Mississippi that has come to be known as the “Golden Triangle.” Though Mississippi is the lowest-income state in the United States, the Golden Triangle (GTR) region has earned the new moniker thanks to its economic resurgence and future potential as a manufacturing hotbed.

With a labor pool of 500,000 people within a 60-mile radius, a bustling regional airport, several sizeable colleges and universities nearby, and plenty of available land, the GTR has attracted some $5.9 billion in industry and investments in the last ten years, including an advanced-tech steel mill, a drone plant, and a helicopter factory. In short, the region has been putting itself on the business world’s map, and Harvard Business School (HBS) faculty have been taking notice.

“There are so many good things happening in this area of the country,” said Jan Rivkin, Senior Associate Dean for Research at HBS. “It’s a story of leadership, cross-sector collaboration, and local competitiveness. This corner of Mississippi is competing for global firms, and often it’s winning.” 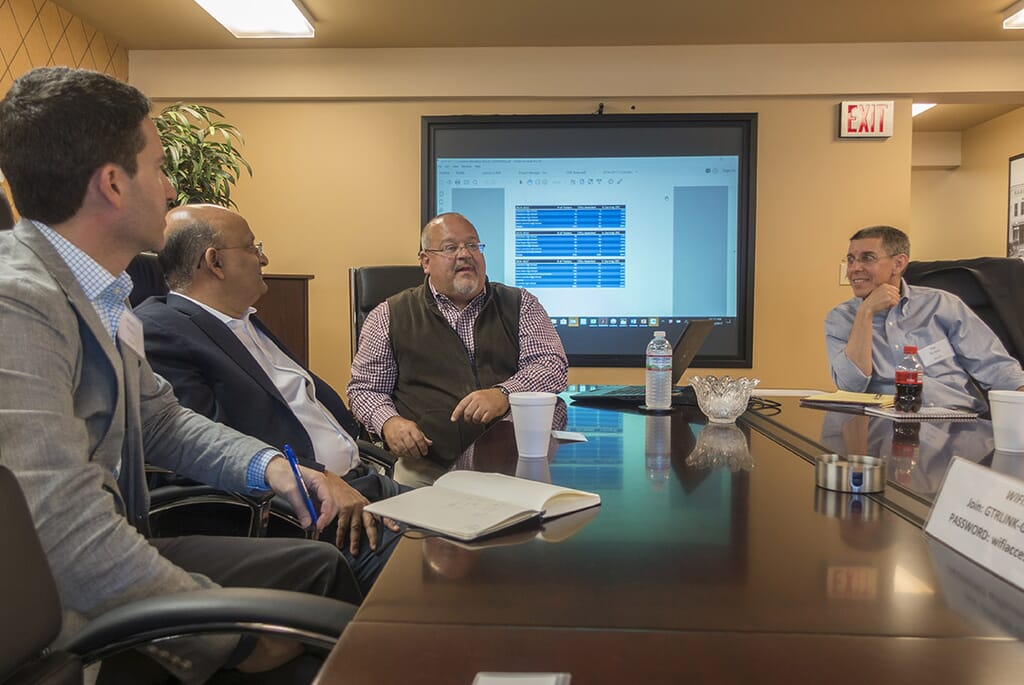 Rivkin’s interest in this region was initially piqued by an article in The Atlantic in 2014, which prompted him to write to the team at Golden Triangle Development LINK, east central Mississippi’s main nonprofit economic development organization overseeing the revitalization, and express his admiration for their efforts. At the same time, there was a feeling among senior HBS leadership, including Dean Nitin Nohria, that while faculty had spent decades traveling and studying the global economy, perhaps they could benefit from a renewed focus on this country. This idea came to a head following the 2016 election, when Nohria, Rivkin, and Luis Viceira (then the Senior Associate Dean for International Development) were processing and unpacking the election results and were struck by the structural changes afoot domestically.

“We realized that we had a much better understanding of other parts of the world than we had of certain parts of America,” Rivkin recalled. “HBS faculty members used to spend a lot of time visiting those parts of the country, but we had lost touch. There was a stark need for us to reconnect with these areas and learn about them, and from them, in a changing social and political context.”

“There was a stark need for us to reconnect with these areas and learn about them, and from them, in a changing social and political context.”

The Golden Triangle was a perfect venue for faculty to reconnect. Through a mix of planning, creativity, and initiative, the area had engineered its own substantial advanced manufacturing boom in a short time and attracted global commercial and media attention in the process. It was well worth a deeper look. And far from eschewing this attention for fear of giving away their secrets, Rivkin said the Golden Triangle team was excited about sharing what they had learned.

“Not only were they enormously gracious and hospitable,” Rivkin said. “They were eager for us to come and learn more.”

LINK worked closely with the HBS Division of Research and Faculty Development (DRFD) staff to develop a rigorous schedule for a mix of 16 junior and senior HBS faculty who would visit on October 30 and 31. Beyond the three topics of interest Rivkin had mentioned—leadership, cross-sector collaboration, and local competitiveness—the trip dovetailed well with the School’s U.S. Competitiveness Project, begun in 2011 under the leadership of Rivkin and University Professor Michael Porter, and the newer Managing the Future of Work (MFW) project directed by Professors Bill Kerr and Joe Fuller, both of whom participated in the trip.

“Many of the faculty, including Dean Nohria and Professor Rivkin, intentionally selected the Golden Triangle because of the significant economic development there in the last few years,” said Alain Bonacossa, Senior Director for Research Administration and Behavioral Research Services at HBS. “They wanted to understand how that came about so they could bring those lessons to bear in the classroom and for other communities in their research.”

Much to Learn in the Magnolia State

The first day of the trip began in Columbus with a series of meetings hosted by LINK’s charismatic CEO, Joe Max Higgins, a driving force behind the organization’s (and region’s) success and ability to recruit almost 6,000 high-end manufacturing jobs and nearly $6 billion in investment since its inception. To offer a sense of his larger-than-life personality and significant ambitions, The Atlantic reported that Higgins’s Mississippi license plate reads “2EQLAST.” “In the economic development business,” he explained, “coming in second equals coming in last.”

Over the next 24 hours, HBS faculty then visited East Mississippi Community College (learning about how advanced manufacturing skills can be integrated into a school’s curriculum), Steel Dynamics (touring a 1,400-acre property and cutting edge steel plant), The TRUST (which hosted a panel discussion about the private investment group’s 13-year support of GTR LINK), nSPARC at Mississippi State University (to study the intersection of academic research, policymaking, and industry in the region), and the PACCAR engine plant (to tour the facility where 10 percent of the nation’s truck engines are built, and where several faculty even got behind the wheel of a semi-trailer big rig). Beyond the chance to bond with both junior and senior colleagues as well as have what Rivkin called “great heart-to-heart conversations” with Mississippi leaders about the state of the US and the pervasive political divides in the country, he also had three key takeaways from his time in the GTR:

“THE IMPORTANCE OF TRUST AND HOPE—creative collaboration is very hard without those things. When people are fearful and suspicious, they’re not going to come together to do something innovative. But when they trust each other and have hope, they’ll take great, often rewarding creative risks. Leaders in the Golden Triangle have developed trust and hope, and it shows in the novel ways they work together.”

“IN PURSUING ECONOMIC DEVELOPMENT INCENTIVES, the Golden Triangle is doing a great job of playing a game that’s crazy. I hadn’t realized how out of control state and local efforts to attract companies had become. The Golden Triangle folks helped me see that if you’re going to be in a game like this, you’d better be very well organized and very talented. And they are.”

“CONVERSATIONS WITH THE THOUGHTFUL LEADERS OF THE GOLDEN TRIANGLE and other faculty gave me new insights into what ails America. For instance, they helped me realize that somehow in this country, we’ve gotten to the point where if I know one thing about you, I assume I know everything else. If I know you own a gun, I assume I know how you think about gender equality or how you think about the social safety net. Those kinds of stereotypes are deeply dangerous and divisive.”

In all, the trip confirmed for Rivkin that all of what he was reading and admiring about the region was merited.

“Though plenty of work remains to be done, remarkable things are going on in the Golden Triangle,” he said. “You always wonder when you go to a place that’s received such glowing reviews if it will live up to its billing. The Golden Triangle did and then some.”

Inspired by former Senior Associate Dean for Strategy and Innovation Youngme Moon, the School recently launched faculty excursions—immersive and collaborative efforts conducted within one or two days’ time. As such, they complement the faculty “immersions” that began in 2011 and have taken faculty to Israel, Turkey, Brazil, Munich, Silicon Valley, Southeast Asia, and China (twice) on intensive, week-long trips spearheaded by a faculty member with a specific area of interest (either topical or geographic) and attended by 15-20 faculty colleagues.

“These trips are developmental opportunities where our faculty deepen their areas of expertise from a research perspective and also bond across units and ranks,” DRFD’s Bonacossa said. “We have a very large faculty, so we make sure to do all that we can to help them cross-pollinate their ideas and expertise.”

“We have a very large faculty, so we make sure to do all that we can to help them cross-pollinate their ideas and expertise.”

The Mississippi visit is already paying dividends for attendees. For example, Professors Fuller and Kerr built upon the GTR visit for their new Managing the Future of Work project, which explores how businesses and society must respond to the challenges posed by upcoming technological and demographic changes. With other faculty’s help, they co-wrote a case on the Golden Triangle that Kerr taught in his MFW course, a new offering in the School’s second-year Elective Curriculum. Joe Max Higgins and Macaulay Whitaker of GTR came to HBS for the day, where they met with students and faculty and recorded a soon-to-be-released MFW podcast.

“Students were deeply impressed by the collaboration shown in GTR’s revitalization, and they learned a lot about leadership from their time with Joe Max and Macaulay,” Kerr said. “Their southern charm and humor also made for a riotously fun day.”

Rivkin added that excursions like the one to the Golden Triangle will inform faculty work for a long time to come. “Many of the ideas from trips like these percolate in the backs of our minds and, eventually, find their way into research or teaching,” he said. “There are short-term and long-term benefits, and it’s a win-win for everyone involved. Getting out into the world is vitally important for our work here on campus.”