Algorithmic Bias? An Empirical Study into Apparent Gender-Based Discrimination in the Display of STEM Career Ads

Abstract: The advent of digital decision-making by algorithms has led to questions of whether such algorithms might lead to bias or discrimination. To explore this, we use data from a field test of how an algorithm delivered a social media promotion of job opportunities in the Science, Technology, Engineering and Math (STEM) fields. This ad was explicitly intended to be gender-neutral in its delivery. Empirically, however, women were far less likely to be shown the ad. We present evidence of the mechanism by which this apparent data-based discrimination occurs. The ad was not shown to fewer women because women were less likely to click on it – if women ever saw the ad, they were more likely than men to click. The ad was not shown to fewer women because the algorithm reflected likely bias in the labor markets of that country. Instead, it seems likely that the ad was shown to fewer women because younger women are a prized demographic and as a consequence are more expensive to show ads to. This means that an algorithm which simply optimizes ad delivery to be cost-effective, will deliver ads that were intended to be gender-neutral in what appears to be a discriminatory way, due to crowding out.

Her paper, co-authored with Catherine Tucker from MIT is available here. 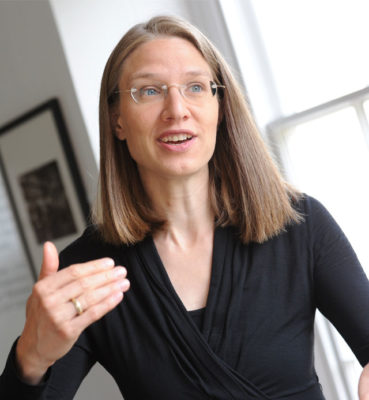